In terms of culinary offerings, It’s been a good month for Singapore. One of the world’s top chefs with seven Michelin stars under her belt, Anne-Sophie Pic made her debut in Asia with La Dame de Pic at the iconic Raffles Hotel Singapore; The famed Parisian restaurant will be joined by Hong Kong’s Mott 32 later this year. 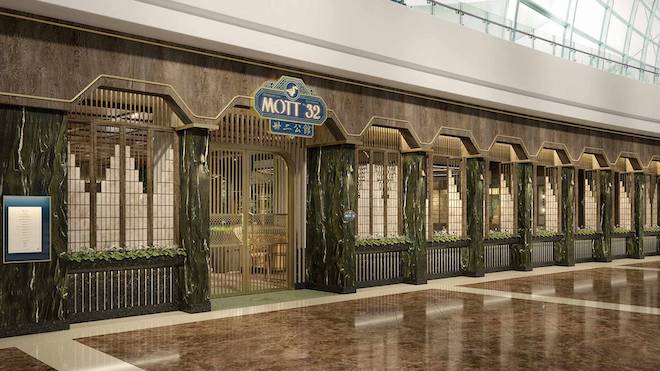 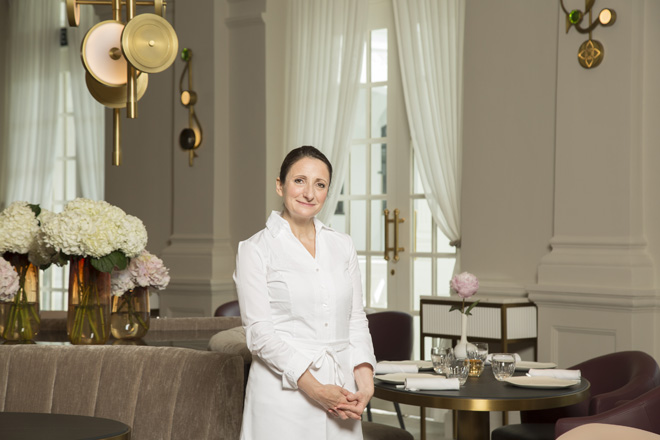 Since 1926, the Michelin Guide’s star system has served as a culinary yardstick, at first for French cuisine and now internationally applied to all manner of dishes. The Pic establishment earned its 3rd star in 1934, when Sophie’s oldest son, André Pic, returned to run the family restaurant after a stint as chef saucier at the famous Hotel d’Orsay. Suffice it to say, the Pic family, right down to Anne-Sophie is a family of Michelin starred chefs.

“Making our debut in Asia at Raffles Singapore is a very natural choice for me. Like Raffles, the Pic family’s culinary heritage spans more than a century. Just like this beautiful hotel that will become one of our overseas residences, we are storytellers and constant seekers of excellence. Together, we share the vision to provide distinctive experiences to our guests, delivered with innovation that combines both tradition and change,” – Anne-Sophie Pic 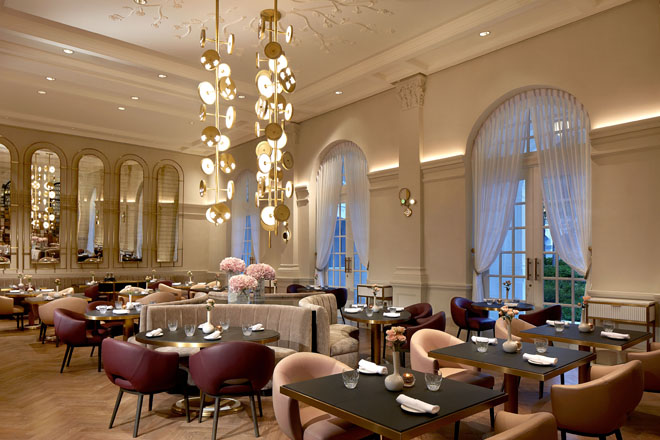 Raffles Grill, once, a signature dining space at Raffles Hotel has been restored and re-invigorated, making its way for La Dame de Pic and Anne-Sophie Pic’s culinary leitmotif. Raffles, is itself a Singaporean heritage brand that has become world famous since its establishment in 1887, the joining of La Dame de Pic, and its legacy of sumptuous French cuisine, just two years younger than Raffles makes great sense.

It is in this beautiful heritage space that patrons to Maison Pic’s bastion in Singapore are invited to discover the world of Anne-Sophie Pic’s culinary identity, a reflection of her search for aromatic complexity, combinations of flavours and powerful tastes. Suffice it to say, La Dame de Pic at Raffles Singapore is no rehash of its Parisian offerings according to Christian Westbeld, General Manager of Raffles Singapore, “There are Asian-infused twists reflecting the geography and culture of the region, there would be little point in simply bringing what exists in Valence, Paris, and Lausanne, and offering it here.”

La Dame de Pic, Raffles Singapore is helmed by Chef de Cuisine Kevin Gatin, a protégé of Anne-Sophie Pic for over eight years. Personally handpicked by Ms. Pic to lead the kitchen here, he will  offer a variety of set menu options that will be changed seasonally. More importantly, the culinary offerings will not just showcase influences from Valence and also the South East Asian region, presenting various tastes of the three Michelin star experience anchored in the present without compromising on its roots.

Case in point: Berlingots – the iconic pasta parcels found in all of Anne-Sophie Pic’s restaurants across the world, has seen slight unique adaptations to reflect the character of each establishment’s locale. At La Dame de Pic, Raffles Singapore the incarnation of the signature Berlingots incorporates a local touch with a new flavour association using herb of grace, also known as Chou Cao, which enhances the Berlingots’ French cheese fondue filling. 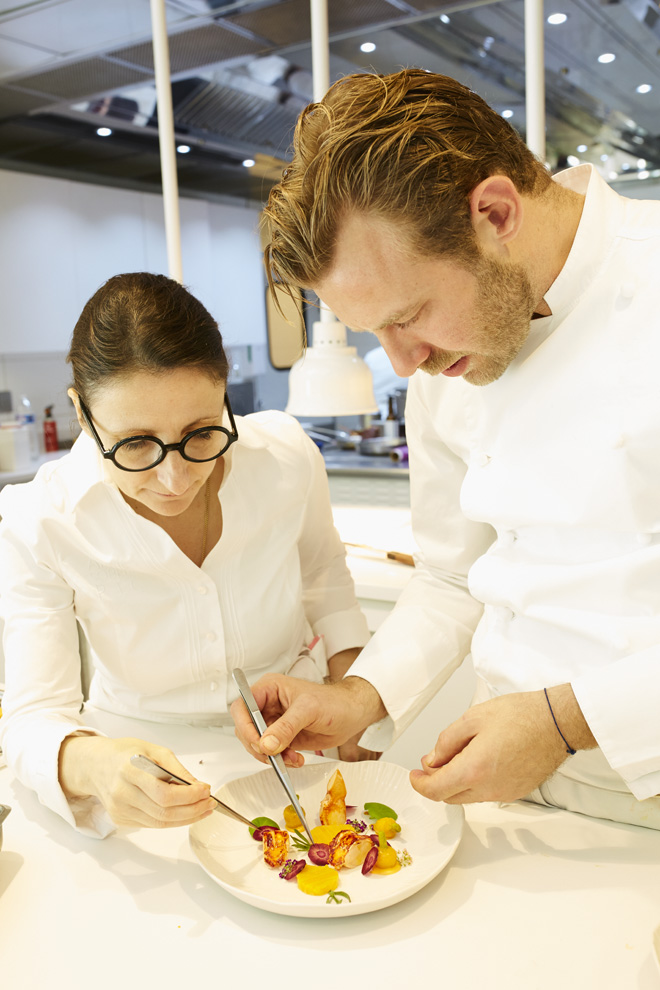 Other specialties include Cucumber with Oscietra Caviar, an elegant starter of fine caviar, pickled cucumber, cucumber consommé infused with blackcurrant, and a quenelle of hojicha tea, cubeb pepper and blackcurrant ice cream; Brittany Lobster, slow-roasted with shellfish butter and served with a coriander-and-barley-infused broth; and Tajima Wagyu Beef, roasted Japanese wagyu accompanied with smoked beetroot and a osmanthus-infused mushroom broth.

No doubt, LUXUO too believes that given Singapore’s reputation as an international gateway to East Asia for travellers, there would be little allure for guests who had already had their Maison Pic experience to drop by the Raffles Singapore just to sample the wares at Chef Pic’s latest venture. 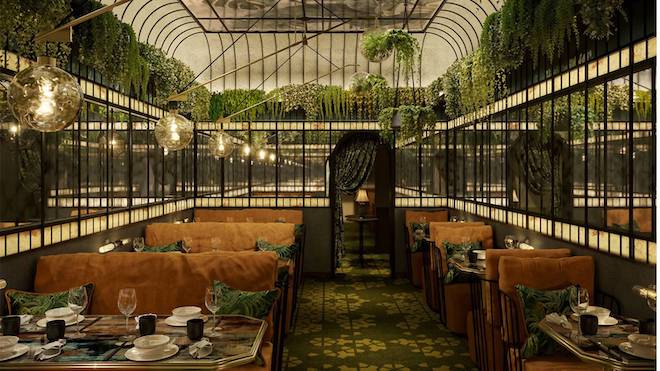 The planned interior for Mott 32 Singapore 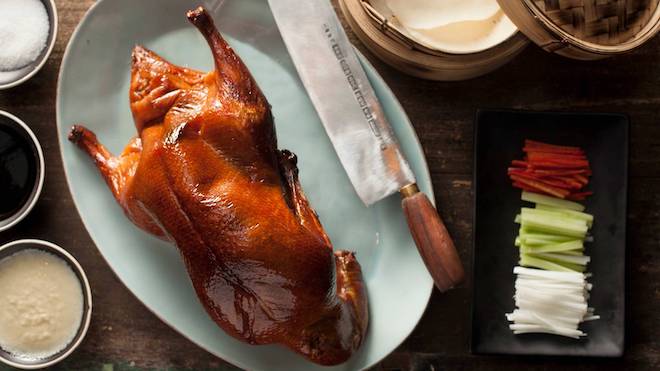 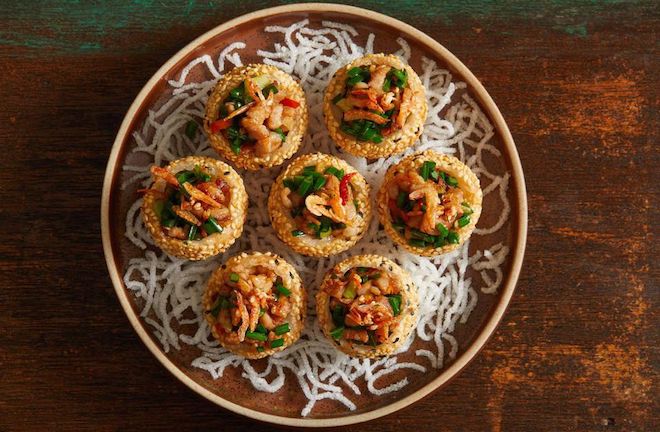 Afro-soul, and acid jazz, set the atmosphere at Mott 32’s Hong Kong’s Standard Chartered Bank Building venue and it stands to reason that the same atmospherics which made the restaurant bar such a success in the territory will be replicated in here. The industrial chic east-meets- west aesthetics courtesy of Hong Kong-based interior designer Joyce Wang will be incorporated into the Marina Bay Sands establishment as well. 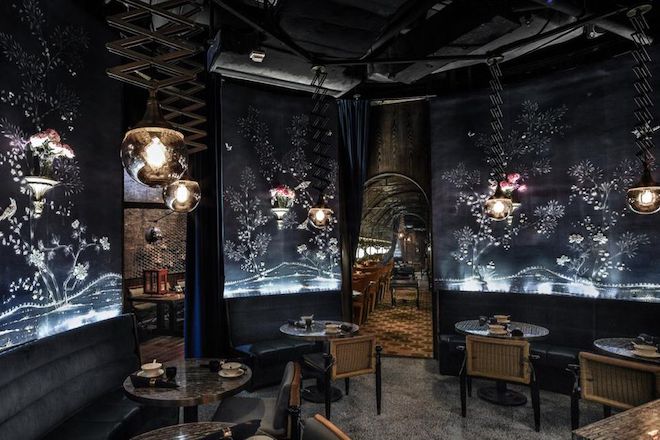 The famed Forbidden Rose cocktail comprising of Vanilla Infused Macchu Pisco, Passion Fruit, Lychee, Chili, Lemon, and Flowers will accompany traditional Chinese elements like straw-latticed chairs and Shanghai-style brickwork, re-creating the Mott 32 experience but adapted with a Singaporean-twist paying tribute to the balmy evenings spent outdoors, elegant hand-painted lanterns, and of course Singapore’s green city reputation by using illustrations on the chinoiserie backdrop, against a play of black and green terrazzo lining the floors to represent the rich foliage and flora of the garden city.

Spanning 7,000 sq ft, the Mott 32 Singapore will seat 149 and have a private dining area. The 46-seat La Dame de Pic Singapore is designed by award-winning Alexandra Champalimaud, embodying an air of timeless elegance with its soft pink hues and rich plums are matched with grey clay tones and metallic accents, and peony bas relief on the ceiling. A gold chandelier composed of tiers of discs with laser-cut spades, a play on ‘La Dame de Pic’ which translates to ‘queen of spades’, makes for a definitive statement piece at Singapore’s first three-Michelin star restaurant.