Back in 2015, Mazda unveiled the rotary-powered Rx-Vision sports car. Now Maximilian Schneider, an exterior designer at Mitsubishi Motors Japan, gives us a look at its descendent, the Mazda RX10 Vision Longtail, a stunning new hydrogen-powered super car concept inspired by the McLaren F1 GTR that won Le Mans in 1995. 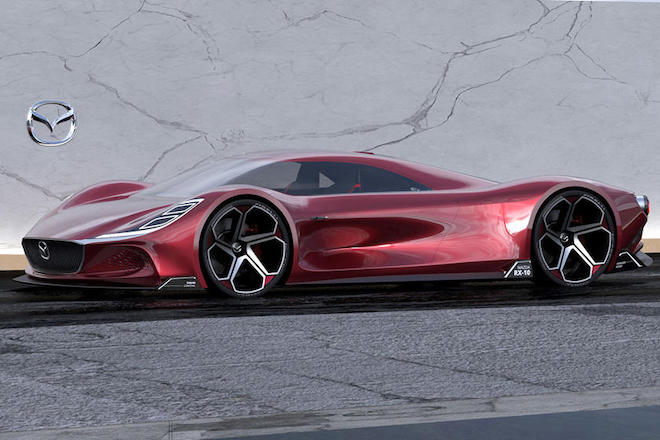 The iconic Mazda grill remains but the sensuous, unbroken lines and undulating curves are an exquisite expression of the heights of Mazda’s KODO design. A low stance and wide silhouette communicates Mazda’s RX10 Vision Longtail road hugging racing agility visually but the real muscle is provided by a mid-mounted 2.3-litre turbocharged rotary engine with a theoretical output of 780 hp. 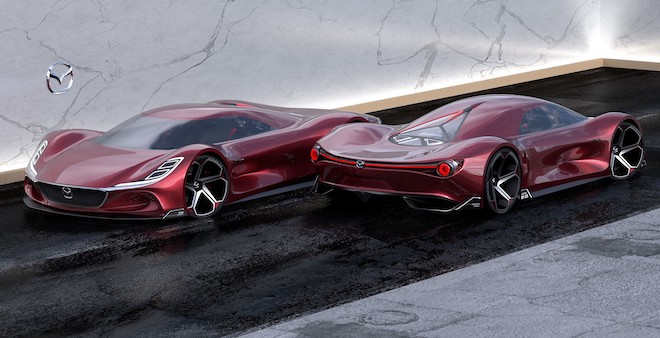 Rotary engines feature a unique construction, generating power through the rotational motion of a triangular rotor. Overcoming numerous technical difficulties, Mazda succeeded in commercialising the rotary engine, fitting it in the Cosmo Sport (known as Mazda 110S overseas) in 1967. As the only automaker to mass-produce the rotary engine, Mazda continued efforts to improve power output, fuel economy and durability, and in 1991 took overall victory at 24 Hours of Le Mans with a rotary engine-powered race car. Over the years, the rotary engine has come to symbolise Mazda’s creativity and tireless endeavour in the face of difficult challenges. 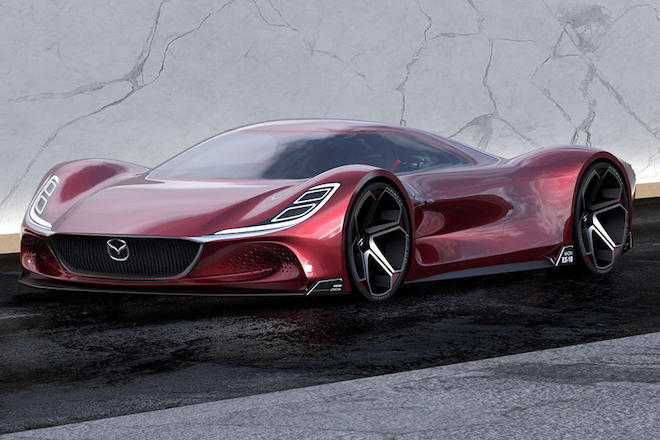 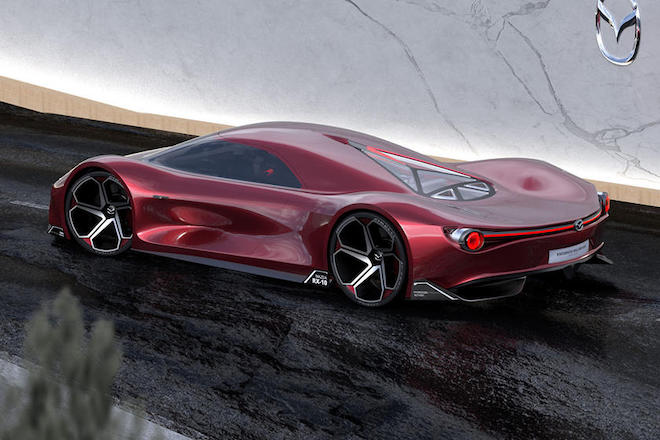 Two smaller electric engines on the front axle, the kind of innovation which makes a wide body super car like the Mazda RX10 Vision Longtail particularly agile on corners, boosts the car’s total output to 1030 horses on straights. Remarkably lightweight, the Vision Longtail completes its 100 kmh dash in 2.5 seconds with a top speed of 426 kmh.