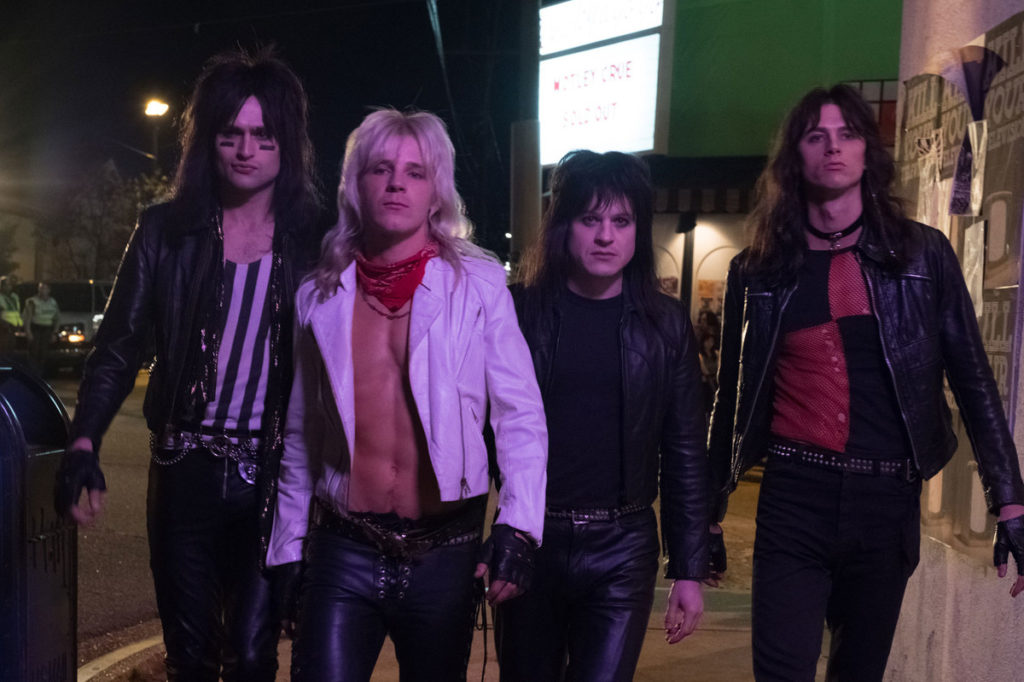 Their music made them famous. Their lives made them infamous.

Nikki Sixx, the band’s founder, spoke to Deadline on the film’s synopsis.

“In the film we show painful examples of domestic violence, DUI, manslaughter, drug overdose and the loss of a child. We couldn’t possibly have crammed everything from a 430-page book into an hour-and-50-minute movie, but we felt we achieved our objective of showing the downside of sex, drugs and rock and roll.”

Machine Gun Kelly stars in the Netflix original as the iconic band’s playboy drummer Tommie Lee. The Cleveland-native born Richard Colson Baker spent six months researching the role through drum lessons, reviewing of vintage footage, and speaking with Tommie. Tommie Lee is best known for his marriage to actresses Heather Lockher and Pamela Anderson and an infamous sex tape with ex-wife (Anderson). MGK treated fans to the process of becoming the legendary drummer in a series of Instagram posts showing behind-the-scenes preparation like the full body make-up sessions, shown below.

Along with acting, Machine Gun Kelly is also featured on the film’s official soundtrack on the debut single, “The Dirt (Est. 1981)”. Upon release, the biopic has received mixed reviews for its sensitive subject matter and distributing re-enactments of the band’s darkest hours.

Since the film’s release, Motley Crue’s music has begun returning to the charts as essential songs have begun appearing on various trendy streaming playlists.

Watch the official trailer for Netflix’s The Dirt below.