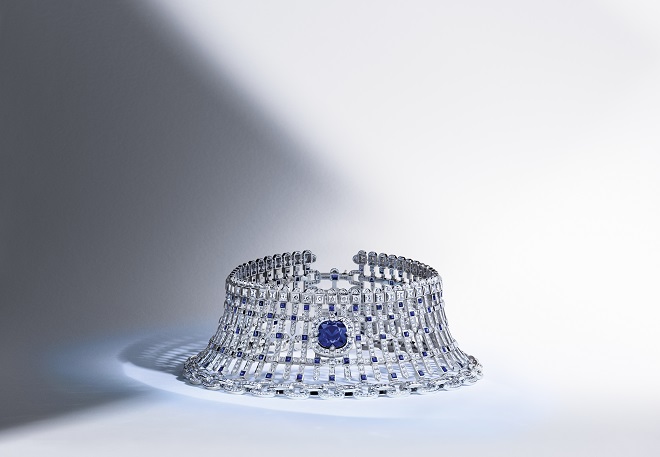 If you look closely, you can see that the Royaume features refined, architectural lines that resemble elements from a medieval fortress, including a portcullis, chains, and a drawbridge.

Louis Vuitton’s latest high jewellery line is a departure from the collections we’ve come to expect from the French fashion house.

Titled Riders of the Knights, the opulent collection is inspired by the oft-vilified Dark Ages, a period in European history that marked a decline of science and culture, and a descend into social and political chaos. Yet, during this treacherous period, heroes and heroines, such as the likes of Joan of Arc and Eleanor of Aquitaine, emerged as a beacon of hope and light for their nations. 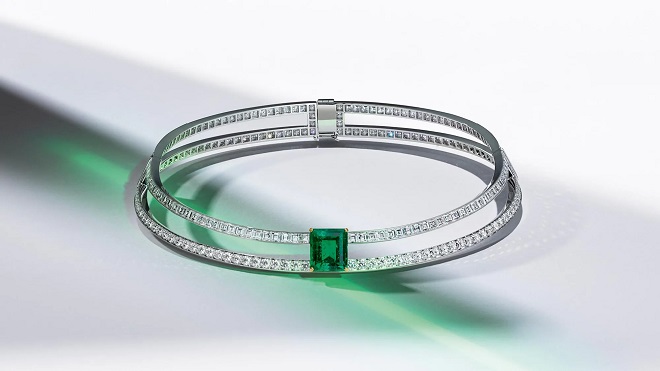 The Cavaliere is encircled by 70 sapphires and 100 emeralds.

This haute jewellery range celebrates precisely that very spirit of the medieval heroine – someone who is brave, independent, and strong – qualities that also reflect that of the modern, Louis Vuitton woman.

In homage to them, the Louis Vuitton Maison has conjured up an insanely decadent range of light-bearing precious stones – 50 exceptional gemstones to be exact, with 50 more to come – that showcase the power and chivalry of these celebrated women. 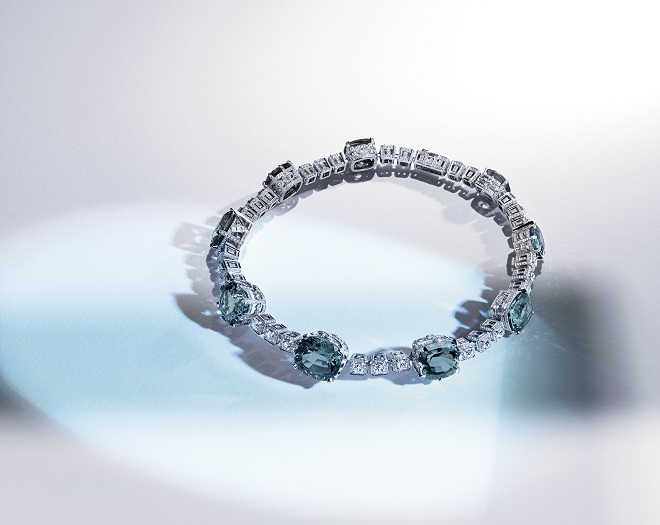 On the Reine necklace, nine dazzling aquamarines of a Santa Maria-like blue – combined weight 153 carats – evoke the magnificence of dynastic jewels and the sovereign power of a Queen.

The highlight of this pulchritudinous assemblage is most definitely the Royaume, a choker necklace so ostentatiously made that one’s eyes might hurt by simply glancing at its direction.