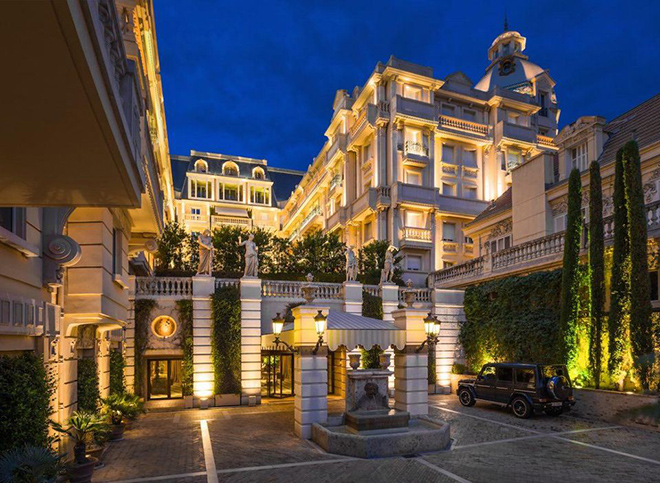 Marked by luxury, serenity, and fine dining, Hotel Metropole Monte-Carlo is an extraordinary five-star property located a stone’s throw away from the nation’s revered casino in the heart of Carre d’Or. 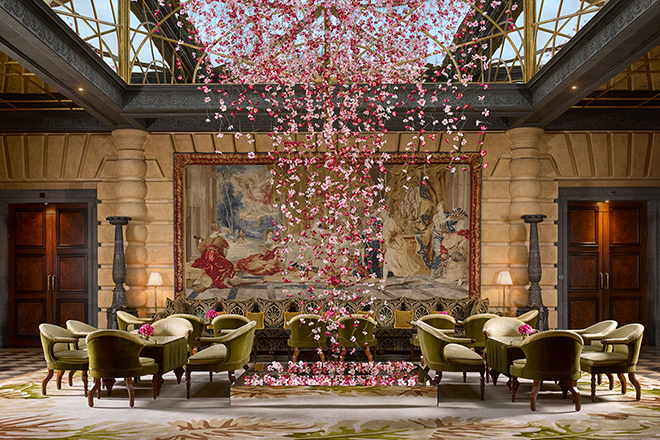 Showcasing an array of Mediterranean delicacies at the hotel’s two-Michelin starred Restaurant Joël Robuchon Monte-Carlo, refined one-Michelin star Japanese specialties of Yoshi, and a series of Mediterranean fare at the Odyssey poolside lounge and bar, the hotel is home to a multitude of sumptuous recreational spaces including Givenchy-inspired spas, amongst a total of 126 guest rooms and 64 suites. Featuring multiple steam room, saunas, and showers, the hotel spa offers transformative therapies and treatments such as hot stone and deep tissue massages by highly skilled experts. Designed by architect Didier Gomez, the spa reflects the hotel’s sophistication and modernity, with the perfect combination of soothing music and fine cabinetry. 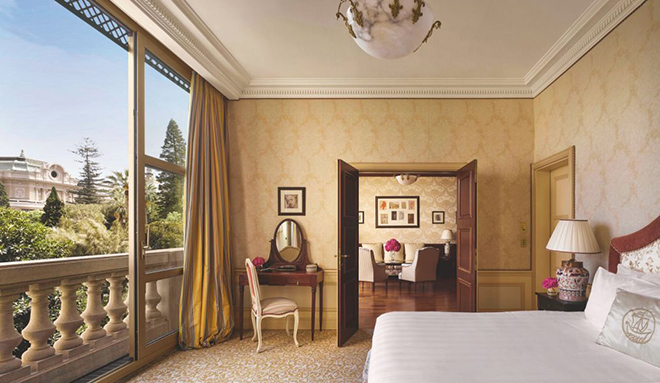 Offering themed packages and unique experiences in lieu of the forthcoming twenty-fifth instalment of the James Bond series, dubbed ‘No Time To Die’, the Hotel Metropole of Monaco announced a special surprise for all Bond-enthusiasts, filled with movie premieres and exclusive casino access alongside other 007 experiences hosted by the Prince of Monaco, himself. 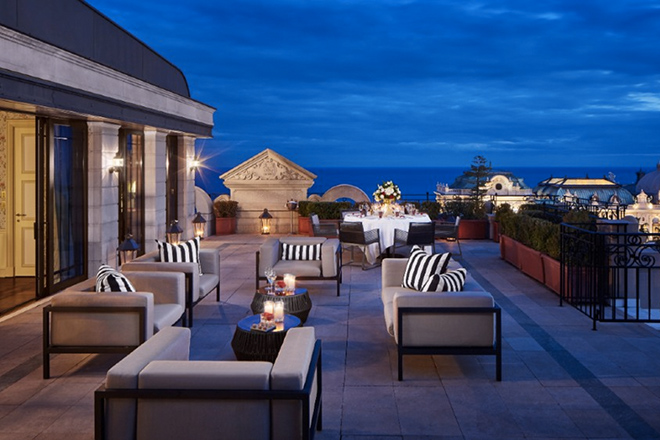 With two alternatives to choose from, the hotel’s packages include the ‘Golden Eye Experience’ – where guests are invited to stay at the recently redone 150 square meter Suite Carre d’Or and terrace, which features works of famed designer Jaceques Garcia, and the ‘Never Say Never Again’ Secret Agent package. 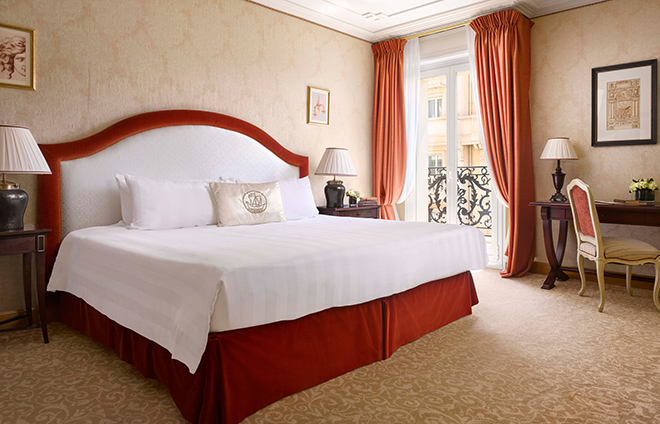 Located on the highest floor of the hotel, the Suite Carre d’Or features a palatial interior comprising of a living room, bedroom, walk-in wardrobe, and a voluminous marble and gold bathroom. Extending unto a 110 square meter joint terrace, the suite offers uninterrupted views of the mesmerizing city, including the neighboring Casino de Monte-Carlo, Café de Paris, compound gardens and the Mediterranean Sea. 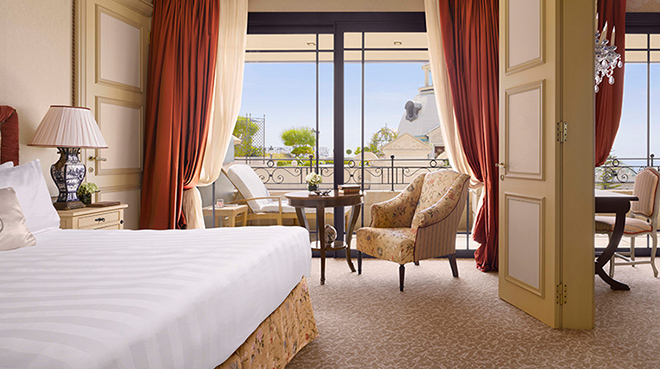 Gaining access to private lunch and a candlelit dinner at the hotel’s Japanese restaurant, guests are treated to a curated menu by Head Chef Joel Robuchon, a specialized couple’s massage and will enjoy VIP tourist trips to the French Riviera in the back of an Aston Martin, plus invitations to the Secret Agent Soiree party, stocked Michelin worthy food, special concerts by unnamed musical legends, and a red carpet premiere of Daniel Craig’s final turn as James Bond. 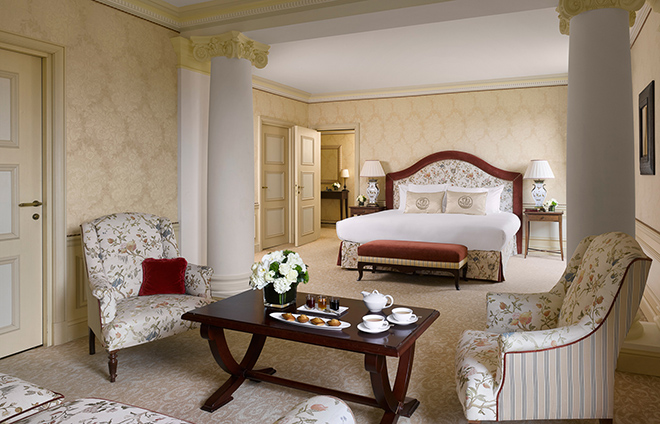 Amongst the innumerable activities planned, including a private after-party at the casino, Hotel Metropole has promised the most exceptionally thrilling 007 experience yet, pricing the Golden Eye Experience at a minimum of $19,000 per night, and the Secret Agent package at $2,764 per pair, with part of the proceeds going to the Princess Grace Foundation USA. 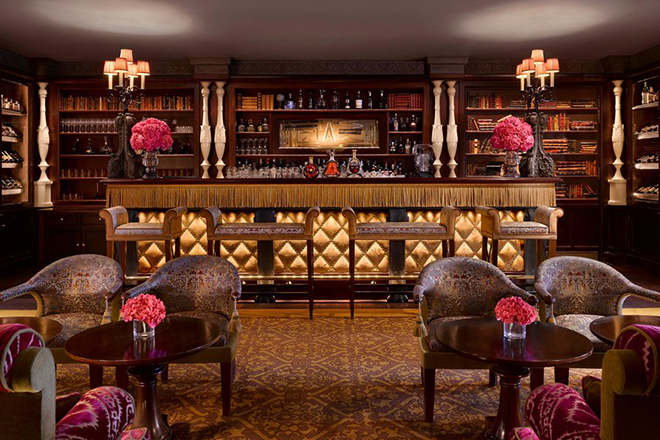 Temporarily ceasing all activity and closing its doors to limit the spread of the Covid-19, in light of the 6,077 and counting deaths in Italy and 16,568 deaths across the world – Hotel Metropole’s usual operations and 007-themed packages is set to resume in due time.

The Latest BMW Logo is Partially Invisible and Barely Distinguishable