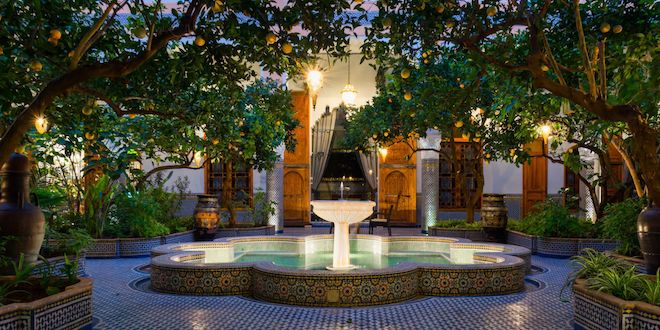 There are not many historic properties in the world quite as majestic as the Palais Amani in Fez (or Fes), Morocco. The former home of a wealthy local merchant, the landmark – a UNESCO World Heritage site no less – is now a chic, upscale boutique hotel. The hotel was first given a makeover in the 1930s, with many more touchups over the years, to become the resplendent gem that you see today.

Boasting 18 rooms, every room has been thoughtfully and tastefully designed to reflect and emphasise the colourful history of Morocco. Of late, the North African country has been a muse to luxury brands with Dior launching its Cruise 2020 collection in Palais El Badi, Marrakech. This time, LUXUO journeys to the Palais Amani in Fez where unlike Dior’s show, one can be a participant and live inside a piece of Moroccan heritage. 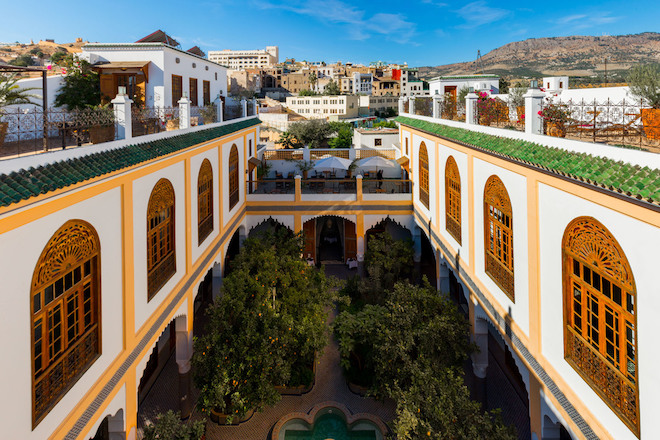 From elaborate ceiling trimmings, to mosaic floor and wall tiles, to full-length colour-frosted windows, and the most palatial of courtyards, the Palais Amani can best be described as a modern design tribute to the 1940 film, Casablanca.

But the crown jewel of the palace (or palais, for the Francophiles out there), is undoubtedly the Grand Suite, a sprawling space that spans the entire width of its south wing. Inside one of Palais Amani’s 19 guest rooms 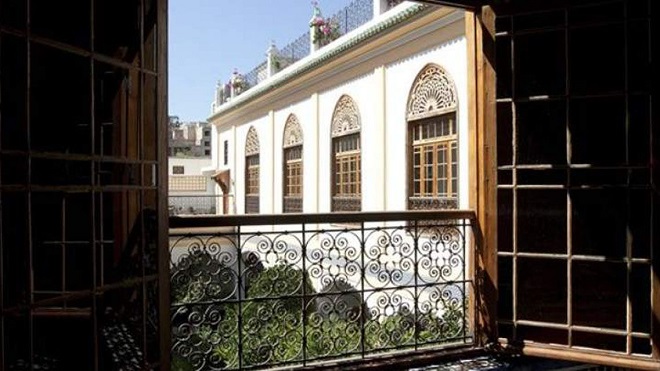 View from the Grand Suite

Featuring a balcony that is as roomy as it is delightfully decadent, a splendid his and hers ensuite bathroom, and the most gorgeous views that this side of Fez has to offer, the Grand Suite is a space fit for, as the French would say, the crème de la crème.

Medina living at its finest

Perhaps, the best part of the hotel is that it is located along the Fez medina (a term that refers to the old quarters of any city in North Africa). The old city is not just the largest medina in the world, but also a UNESCO World Heritage site. 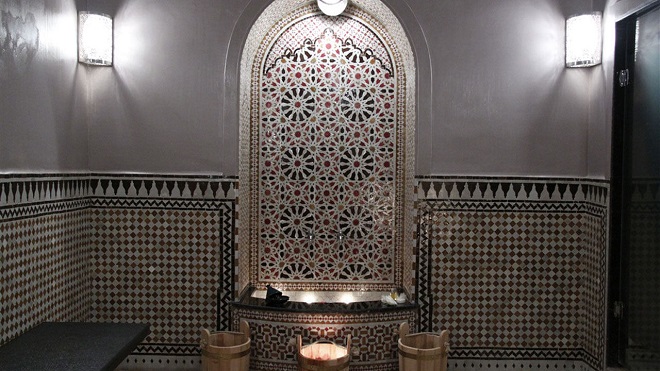 Unwind at the in-house hammam, or spa, after a long day of sightseeing

Because of its close proximity to the medina, the hotel is also able to offer a multitude of activities for guests to experience the medina in their preferred ways. Guests can choose between a food tour (as part of the Fez Cooking School) that gives them a culinary insight into Moroccan, Fassi, and Sephardic cooking, or a sightseeing tour that takes them down many of the 10,000-odd alleys and lanes inside the medina. Yoga classes for some mind, body, and soul workout

After a long day out roaming the streets, guests can retreat to the hotel, where they can relax and unwind at the in-house Hammam, or spa, and enjoy a luxurious full-body massage.

Do check out the Palais Amani if you’re ever in Fez. Averaging around S$200 per night for a classic room, this Moroccan treasure is certainly well worth your money, and time.