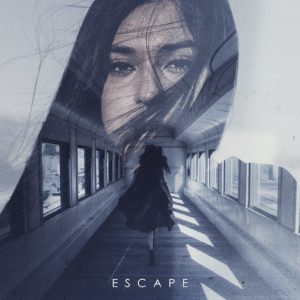 “Escape” is actually a singular file that evokes emotion like no different. It crosses the road between R&B and orchestral psy-trance, that includes Chae‘s soulful voices whereas telling the story of the interior devious and lustful ideas of an individual who needs to make him their very own. Troyak actually grasps the place of a story-teller with the manufacturing of this single. Tackling the duty at hand, each artists have been capable of be a part of forces to create a particular piece of music.

“I met Max while he was on tour with KSHMR. We got caught up in conversation, felt connected artistically and kept in touch. A couple of weeks later, he sent me a few links of rough ideas that he had lying around, and one file called ‘Pain’ had caught my attention, which was the beginnings of what became ‘Escape.’” -Chae

“I met chæ in Boston and exchange numbers after discovering we were both pursuing music. I sent her the little link to the draft for ‘Escape,’ and she comes back with a rough vocal on it and I go crazy. I got SOOOOO inspired after I heard her voice on that track. I thought it was going to be just a nice little idea I’d forget about, but then boom, and I was sooo fired up. I wrote more stuff and eventually we had a full song. A couple of edits later the song was pretty much finished. Today I hope it is unrecognizable when comparing it to the original track that inspired me to make Escape. But I think music fans will be able to see where I drew the influence from.” – Troyak.