Last June, French glassmaker Lalique, known for its beautiful array of glass and crystal ware, relaunched the famed Sauternes winery Château Lafaurie-Peyraguey, which it acquired in 2014, as an upscale bed and breakfast.

The Premier Grand Cru Classé vineyard turns 400 years old this year, and in celebration of that milestone, Lalique has created a special commemoration barrel made entirely from its top-of-the-line crystal. 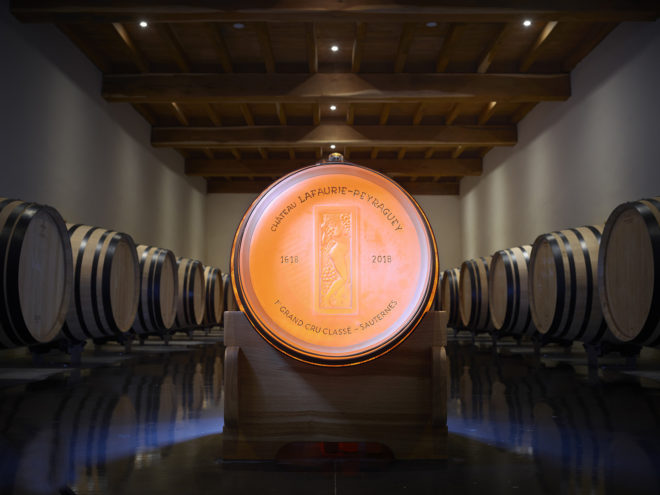 A front view of the “world’s first fully translucent wine barrel”, created by French glassmaker Lalique. Here, you can see the frosted panel monogram engraved with engraved with the words “Femme et Raisins (Woman and Grapes)”

“This extraordinary piece, crafted at the Lalique factory, showcases the outstanding skills and know-how of our master glassmakers and the standards of excellence for which we strive.” – Silvio Denz, Chairman and CEO of Lalique 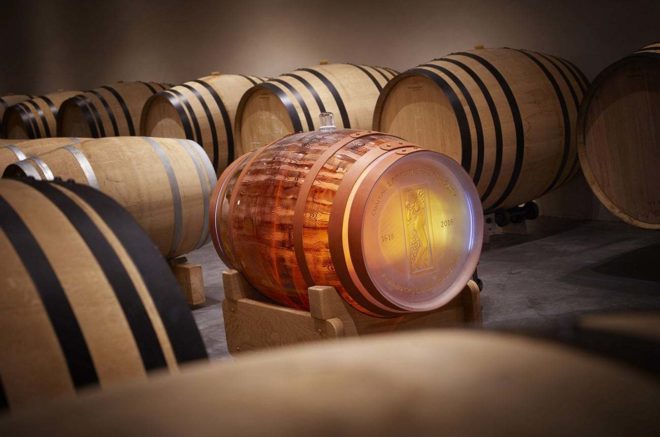 The crystal barrel, two years in the making, was created in celebration of the Château Lafaurie-Peyraguey’s 400th anniversary

Completely see-through, the Bordeaux-style barrel, known locally as a barrique, has the distinction of being the world’s first completely translucent barrel. The crystal barrique, which is currently presented at the main lobby of the Lalique Hotel & Restaurant Château Lafaurie-Peyraguey, is truly a display of Lalique’s technical prowess, for it uses a traditional single-casting technique that hasn’t been employed since 1930 known as “lost-wax casting”.

Other noteworthy features include: a monogram engraved with the words “Femme et Raisins (Woman and Grapes)” – first created by René Lalique in 1928 for the first-class sleeping cars on the Côte d’Azur Pullman Express – at the frosted front end; leather straps fastened with crystal cabochons to bind the barrel; as well as a crystal stopper right up top. 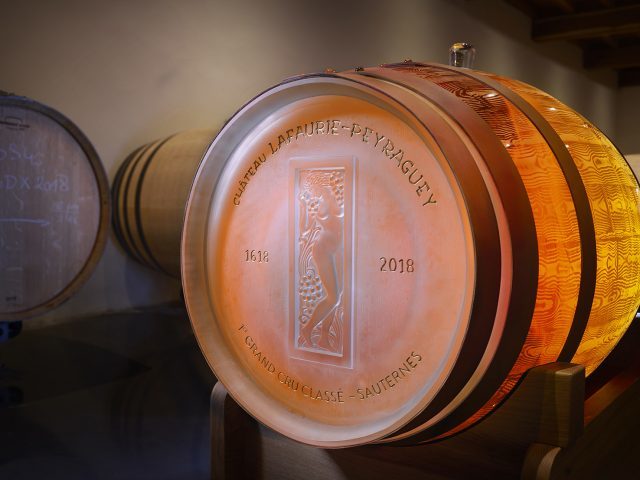 Said Silvio Denz, Chairman and CEO of Lalique: “This extraordinary piece, crafted at the Lalique factory, showcases the outstanding skills and know-how of our master glassmakers and the standards of excellence for which we strive. The alliance between Lalique and Château Lafaurie-Peyraguey is a marriage of French savoir-faire and savoir-vivre, a fusion between the gold of Sauternes and the crystal of Alsace.”