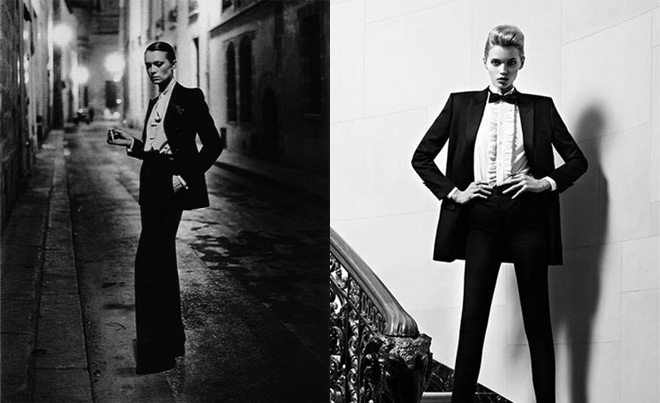 Best recognised for its monochromatic black and white palettes, the House of Yves Saint Laurent pursues an enigmatic elegance through its chic and sharp apparel. If you have ever donned one of Saint Laurent’s signature apparel—Le Smoking Jacket—, you’d feel a tightness that extends from your shoulder blade down to your latissimus dorsi (colloquially known as lats). Accentuated by its monochromatic hues, the apparel tightly adheres to the wearer’s physique to create the totemic look. 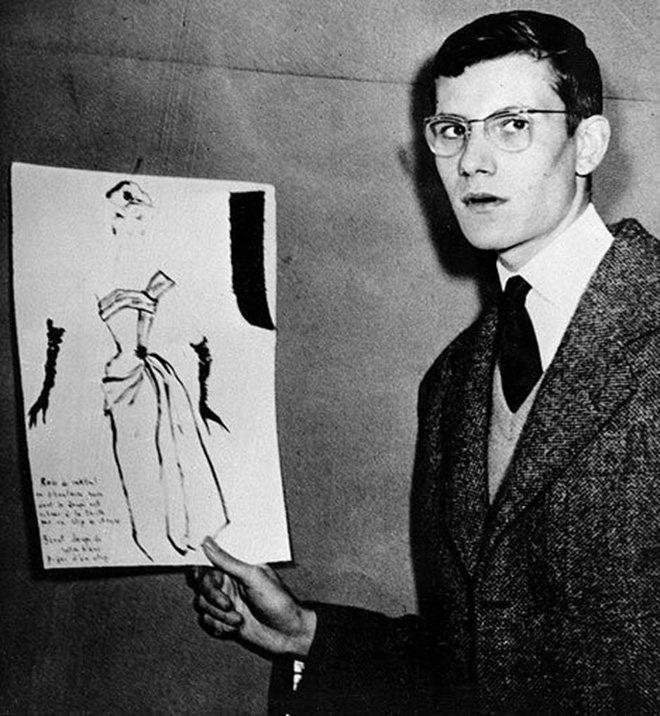 Yves Saint Laurent, then 18, won the prestigious Woolmark Prize for the dress category.

Yves Saint Laurent is the eponymous brand of the namesake legend, who, himself at the tender age of 18, won the Woolmark Prize— adjudicated by revered designers Christian Dior and Hubert de Givenchy—and was the world’s youngest couturier when he took over Dior aged 21. In his 71 years, he was the avant-garde of Parisian haut couture—adrogynising the gender dichotomy by masculinising the feminine and emasculating the masculine.

Since Saint Laurent’s retirement, his successors, Messers Tom Ford and later, Hedi Slimane, while infusing their unique vogue, did not stray far from Saint Laurent’s quintessence of the rebellious yet sophisticated, chic yet edgy design language. This year, Saint Laurent storms the fashion podium with its FW19 collection headlined by none other than Keanu Reeves. 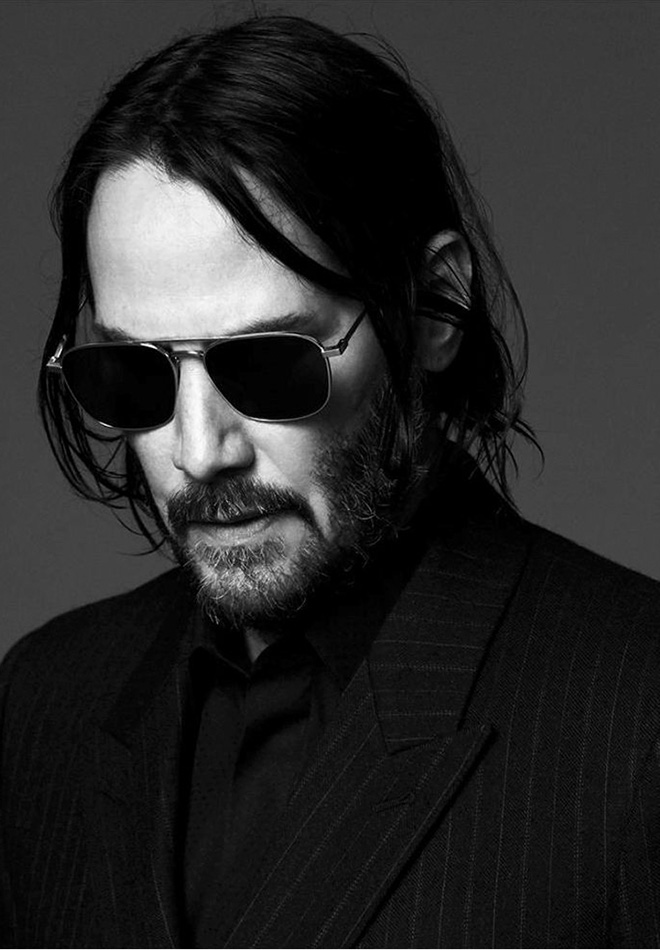 Clad in Saint Laurent’s FW19’s black pinstripe blazer and aviator sunglasses, Reeves, the 54-year old former protagonist of The Matrix, spots a scruffy beard and tousled chin-length hair. While the post-modern action star might seem an odd choice as Saint Laurent’s newest brand ambassador, the phlegmatic multi-hyphenate celebrity couldn’t have been a better pick to model for Yves Saint Laurent— in fact, LUXUO dares commit to state of fact that Reeves is a fairly literal manifestation of Saint Laurent’s vogue.

“From Neo to Wick, Reeves often portrays characters of few words while often dressed in even fewer hues.”

In recent times, Hollywood’s most stoic celebrity (judging from the internet’s multiple “sad Keanu” memes) has starred in the popular John Wick series and a host of other films, where he plays variations of a central theme – a sangfroid bloke. Celebrated not just for his acting virtuosity (often men of few words), he is also conversant in other forms of performance, “moonlighting” as a bass guitarist in the grunge rock band, Dogstar. His association with rock music stirs a raucous mental image of the unorthodoxy typical of Yves Saint Laurent. Taken together, his imperturbable screen persona edged by his rock band history, Reeves suitability as Saint Laurent’s new face is evidenced by the monochrome. 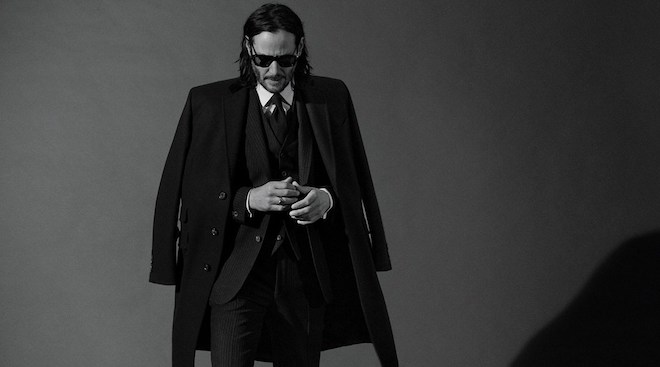 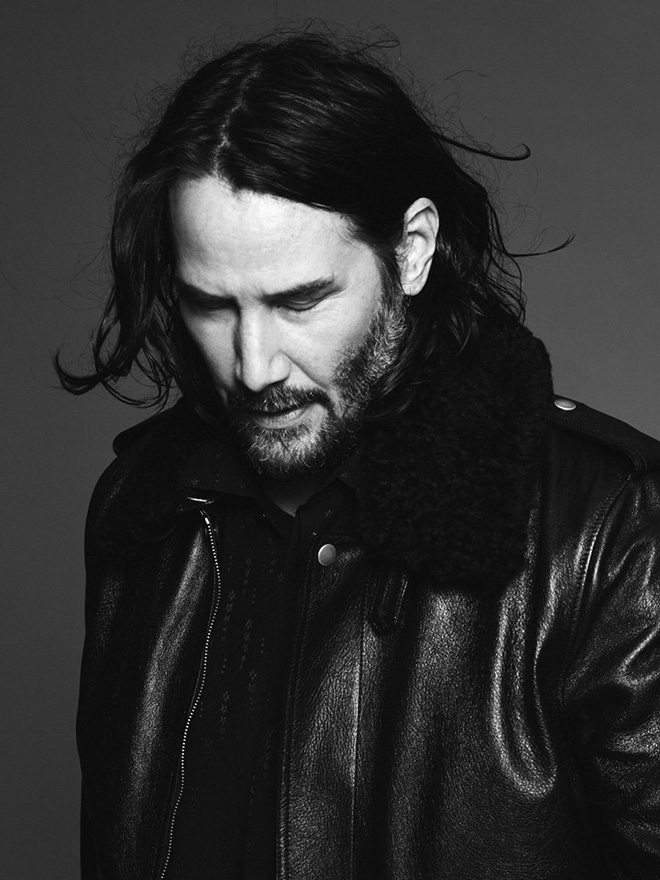 David sims, the 52 year old British fashion photographer, is the lynchpin to the seamless coalescence between Reeves and Saint Laurent. In a photo, Sims captured Reeves donning the couturier’s iconic black leather jacket, which had reflected light in the precise proportion such that it exemplified the leather’s luxurious feel. Impassively, Reeves looked into the camera; his soul-searching gaze inspires even the nonchalant to study the deliberate subtleties of the prized ware.

Reeves collaboration with Yves Saint Laurent is heralded as the perfect union, a brilliant partnership that had interwoven the former’s silent disposition with the latter’s edgy vogue.