The retail landscape is changing. And, if we are to allude to an obscure 1983 Depeche Mode song, you could equally say the retail landscape is dying. No longer can a store simply sell cool clothing. As we’ve seen in countless department store and shopping centre closings, just offering a ton of stuff that’s devoid of character no longer speaks to the evolving consumer. The next jump – and if you’ve ever read a content marketing 101 guide, you know exactly where we’re going – is into lifestyle content. Yes, it’s cliché, and yes, it’s mostly a buzzword, but the phrases espoused by marketing professionals contain a kernel of truth for the retailers learning to survive in the present time: You have to have substance and a story to tell.

The concept, though, is a bit contrived and stretched, and even the most mundane of household products seems to have tried its hand at lifestyle content. It’s seeing food brands release sponcon recipes in your social feed or getting an email from yet another menswear brand that’s basing its latest collection around an activity, journey, or location. In 2015, the idea would’ve seemed novel – remember when a brand’s content was just about its products? – but now, everyone’s doing it. Thus, the question becomes not why isn’t a menswear brand doing lifestyle content, but who’s doing it innovatively. It then becomes a challenge to sift through all the blog posts, emails, and social content that seems to tread over similar territory, until the base is scraped bare. 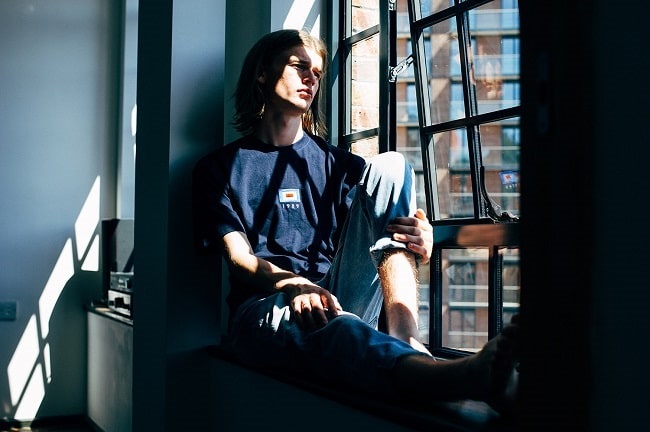 While any decent marketing professional can spot a Hubspot-structured post from the first paragraph onward, what should authentic lifestyle content do? For one, whatever you put out – in photo, written, video, or physical form – needs to reflect your values. Within the menswear world, such narratives have given rise to the heritage brand – or brought fading outdoor retailers back from the brink with a new streetwear-focused angle. The narrative, too, gives consumes a clear idea about how you create your products: In modern code speak, that’s more emphasis on sustainable, Fair Trade practices. Notice how the absence of such a storyline – or using one that’s been heavily doctored – has doomed a few fast-fashion brands or gets them called out on social media. At the same time, plenty of brands can craft a story about their origins and practices, but if those products don’t deliver or seem irrelevant, consumers don’t respond. Thus – and as manipulative as it sometimes appears – usage needs to frame the content: Not just how to use an item, but how it will fit int the customer’s lifestyle. In turn, branding efforts that tend to emphasise lifestyle over product – think Nike versus New Balance, Red Bull over 5 Hour Energy, or Lululemon over Marika – leave a longer-lasting impact. 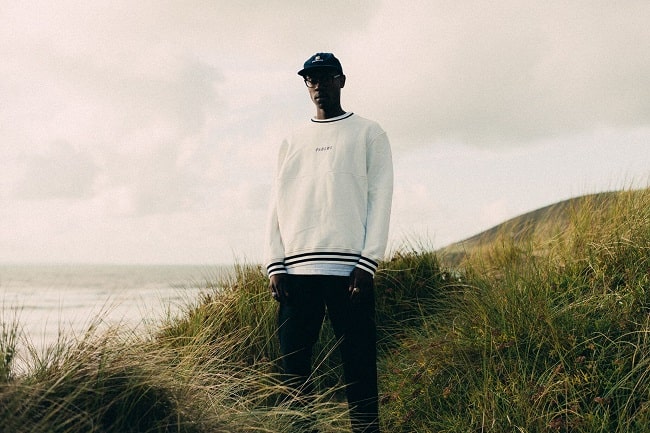 But, let’s push all the marketing-speak aside for a second. How does lifestyle content benefit a menswear brand? While we’ve touched on the whole heritage angle – which, let’s be honest, has now been done to death – there are plenty of other approaches. John Varvatos (Lead picture above) lets you be a rock star whenever you slip on his clothing, Ralph Lauren has its restaurants and magazine, and appealing to its strategically secretive nature, Bodega – the Boston-based brand and streetwear retailer – has its corner-store concept, which has characterised its hiding-in-plain-sight approach from the get-go. It’s essentially the anti-hypebeast aesthetic. Now with a second store in Los Angeles, plus a couple of pop-ups, Bodega started out unassumingly in 2006 with hard-to-find exclusive trainers. Word-of-mouth fuelled its popularity, and within a few years, Bodega expanded its imprint by creating its own branded clothing line. Bringing everything full circle – and highlighting its many drops – Bodega now complements its brick-and-mortar approach with a detailed, regularly updated Editorial section. 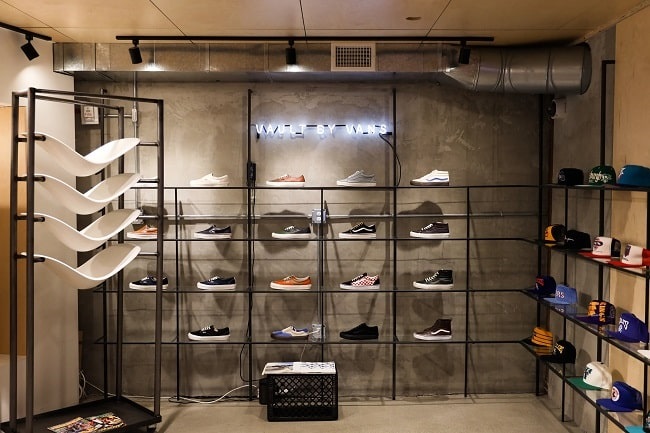 Vault by Vans at Bodega

Speaking about this multifaceted approach to lifestyle content, Director of Marketing Matt Zaremba tells us over email, “We’ve been creating original content and editorials from the jump. Since 2006, we felt it was important to represent the brands and products we carry, as well as the cultures and communities we all come from, through the Bodega lens. We believe in the importance of storytelling, of honouring the origins of style and movements, and contributing to scenes that we represent and support.” Yet, appealing to a subculture is another tightrope from which plenty of brands have fallen off. Remember all those skate-inspired styles two years ago? There’s a reason authenticity – excuse the pun – reigns supreme. A high-fashion brand briefly dabbling with a subculture has about as much in-depth knowledge of its ins and outs as Miley Cyrus does whenever she tries on some new identity and sound before dropping it a year or two later. While for Supreme and Thrasher such an approach seems like a no-brainer, brands who don’t have that history can still find their footing – as long as they know where their audience lies. Parlez Clothing, the Bristol-based streetwear retailer launched in 2012, has been taking a two-pronged approach this year with their Parlez Sessions – a series of DJ sets released through their site. 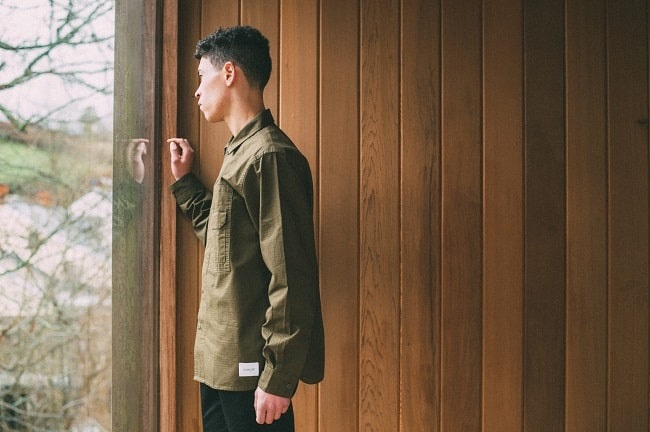 With large eCommerce retailers like ASOS and Urban Outfitters picking them up, Parlez has seen its presence grow over the past year, which has allowed them to branch out into other areas – including outerwear, more technical pieces, and sustainable manufacturing and packaging processes. As a joint effort with Urban Outfitters, Parlez Sessions reflects their Bristol origins and appeals to the customer wanting something in addition to relaxed streetwear styles. Essentially, it’s heritage content that doesn’t take the tired rugged backstory route. “We started the Parlez Sessions to start doing something more fun and engaging, something to give our style and clothing a bit of context,” Parlez’s Beth Kirby tells us. “Everyone working at the brand is an avid music fan, and we wanted to go one step further than a playlist or two, so the Sessions were born in early summer.” She explains, “We’re keen on backing our hometown Bristol, and we’re clear about being from here. Bristol is well-known for its music scene and we feel close to this as a brand. We’ve been in the city since day one and have forged plenty of good relationships with Bristol-based artists along the way – they rep us, we rep them. The Sessions allows us to express a bit more about ourselves and the place we’re from through more than just our clothing.” 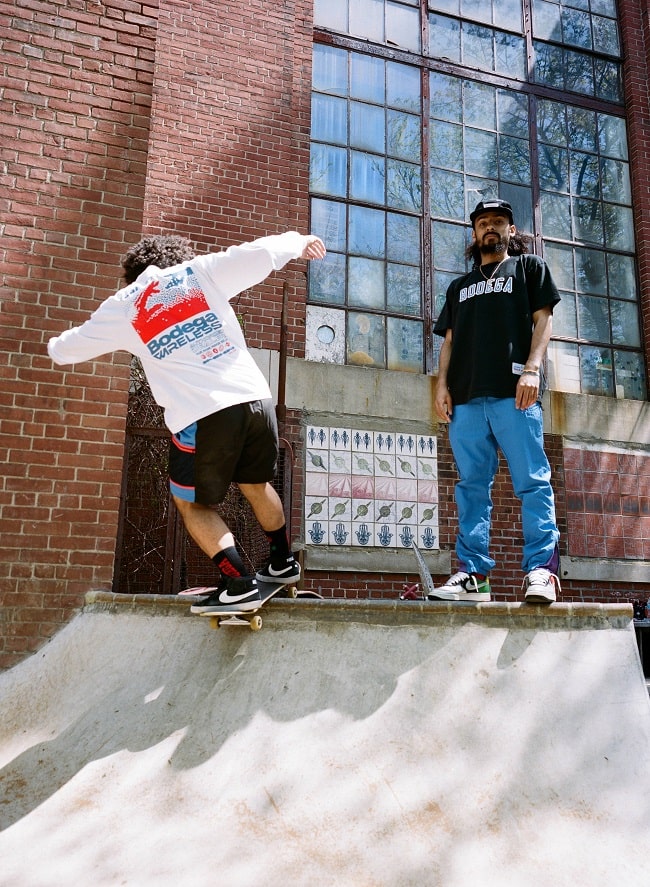 She further explains about the local talent they’ve decided to showcase, “We started off by linking up with friends – DJ Polo and Jenny Wade were our first DJs, who are really good friends of ours and also happen to love the brand. We reached out to other people we know in the scene, and also The Blast, which is one of the biggest club promo teams here in Bristol, who linked us with their artists… and the rest is history!” Both Parlez’s and Bodega’s approaches embody the core concept and end goal of lifestyle content – it needs to improve customer loyalty and not just be about the products. Otherwise, they’d simply be like any other T-shirt or trainer retailer. “We’ve always been ‘lifestyle’ so to speak, coming out the gate with the experiential approach to our first retail space in Boston and subsequent pop-ups, SERIES location, and LA shop,” explains Zaremba about Bodega’s lifestyle-framed strategy that they implemented from the get-go. “Creating something that connected with our visitors and customers was always the intent. The team here is comprised of artists, designers, musicians, and thinkers. I don’t think we would know how to avoid letting our ‘lifestyle’ shine through the work we create, whether that’s an editorial, a digital asset, a sneaker collab, or an event.” 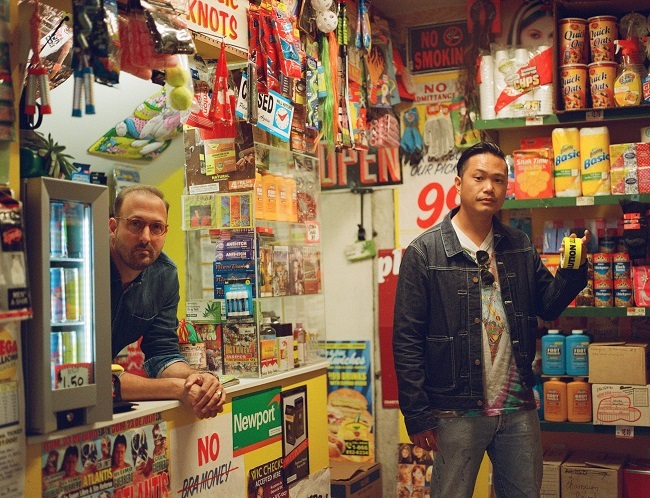 Parlez, by contrast, finds itself in the same boat as many menswear and streetwear brands: Knowing who their customer base is, but still seeking out the right ways to connect by understanding their habits and interests, and ultimately developing that loyalty. “We’ve done a few bits and pieces, mostly with photography,” Kirby tells us about Parlez’s efforts in lifestyle content. “This year, we’ve worked hard on bringing in some raw talent for our photography and imagery, by finding people whose work we love and approaching them for guest photograph spots. Our photography is really important to us, and it’s awesome to get fresh eyes on our collections and to see our work in a new light.” A bit of good ol’ influencer marketing – a.k.a. word of mouth – certainly doesn’t hurt, either. She says, “We also got one of our fans who just happens to be comedian Rhys James in for a good old chinwag – it turned into a proper interview, which we were stoked about. We definitely hope to do more of this kind of stuff into next year, because it’s all been amazing fun.” 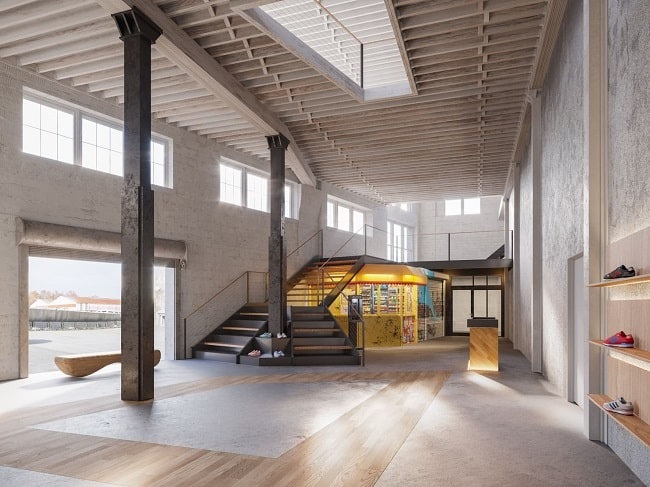 Nevertheless, using lifestyle content – or, in Bodega’s case, being a full-on lifestyle brand – isn’t some spur of the moment happenstance that went viral and simultaneously brought in the visits. As Zaremba says, they’ve always taken a multi-channel approach to anticipate market and trend shifts, and that’s one aspect that keeps them going: “If you took away one of our channels, we’d still be strong in the others. The foundation of all of this is a tight team that lives and breathes creativity and having an original perspective. Our editorials are a glimpse into that, and into the minds of the team behind the stores, the site, and the brand itself.” 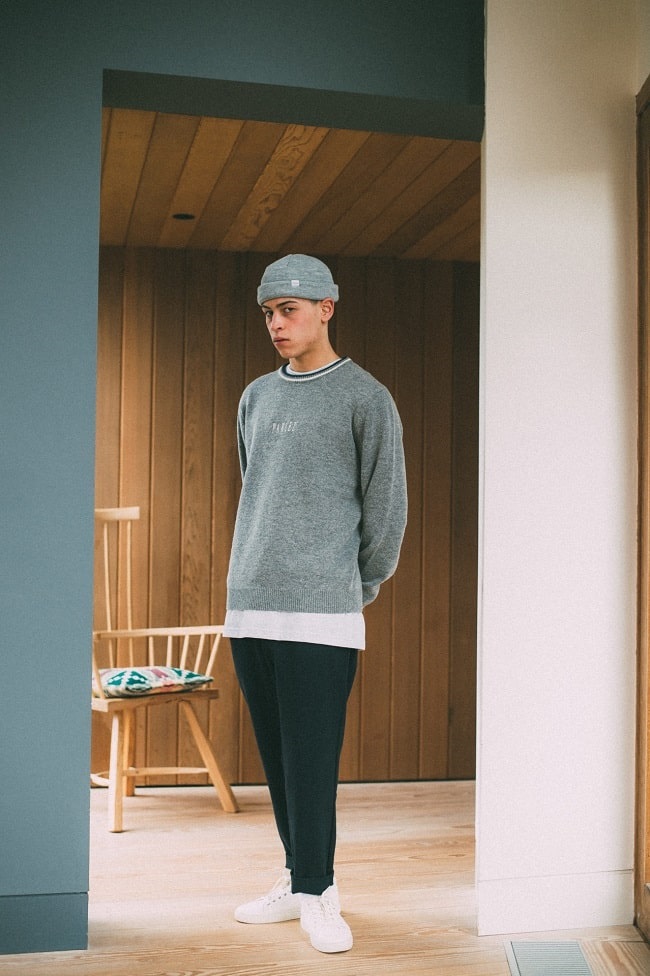