Utter the word ‘Bitcoin’ twenty years ago or more, and you would have been met with a sea of blank stared. Just ten years ago, it would perhaps have been a small nod of recognition – but the notion would almost certainly have been dismissed as just another one of those fads that would never catch on.

Since then, its journey has been an impressive one, taking many nay-sayers by surprise. First, it turned numerous early investors into overnight millionaires. And although it has remained relatively niche in recent years, it’s now beginning to gather momentum as it makes its way firmly into the mainstream.

Today, increasing numbers of people are investing in crypto, and thanks to trading platforms such as Bitcoin Profit, more people are cashing in.

Bitcoin has been slowly but surely weaving its way into the world of luxury brands for some years now, with more big names than ever accepting digital cryptocurrency payments for goods and services than ever before.

But high-end Swiss watchmaker, Ulysse Nardin – owned by luxury giant – Kering has taken things one step further, and is now using the Bitcoin blockchain to certify the authenticity of its warranty cards. 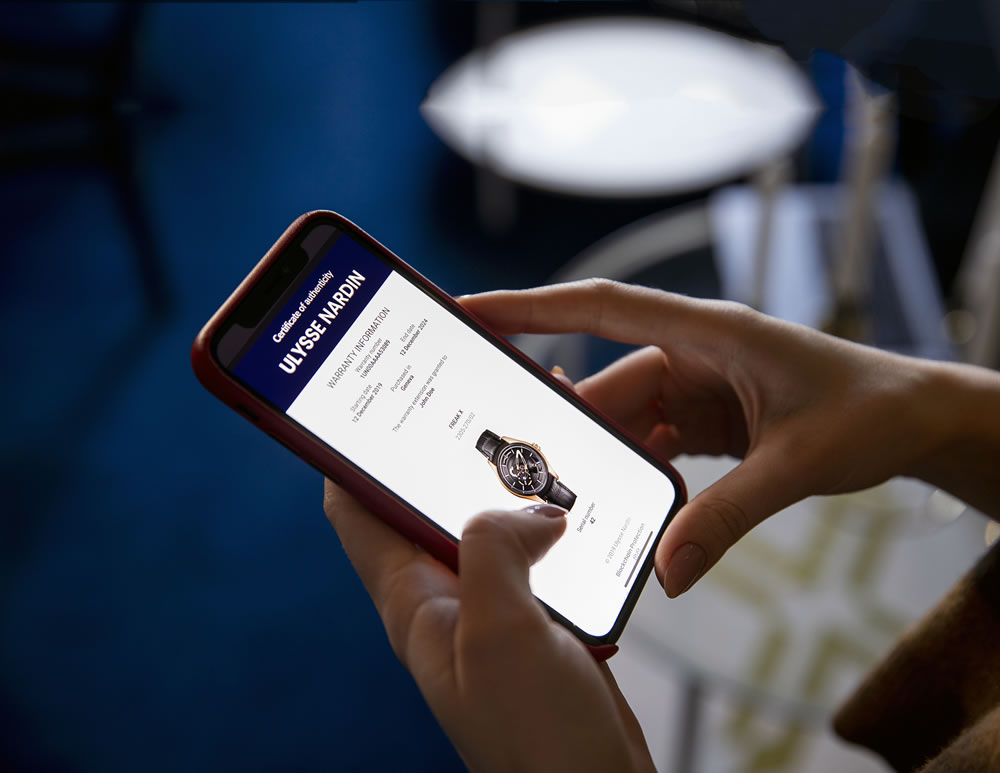 If you think you might have heard the name Kering before, you’re probably not wrong – the owner of major fashion houses including Gucci and Yves-Saint-Laurent, it’s one of the key players in the luxury industry, and brings in over £10 billion every year thanks to its portfolio of high-end brands.

When it comes to Ulysse Nardin, the move towards digital technology has allowed the brand to provide an unfalsifiable blockchain certificate when clients register the watch for a warranty extension – and also protects buyers themselves from being sold counterfeits or fakes.

Customers receive a PDF containing all of the information they need about the watch, including the serial number and warranty information – which they can then use to trace it on the Bitcoin blockchain’s immutable leger. Should they ever wish to sell their watch on in the future, they will be able to prove its authenticity to future buyers – a huge benefit in a world where it is becoming increasingly difficult to distinguish between fakes and the real deal. 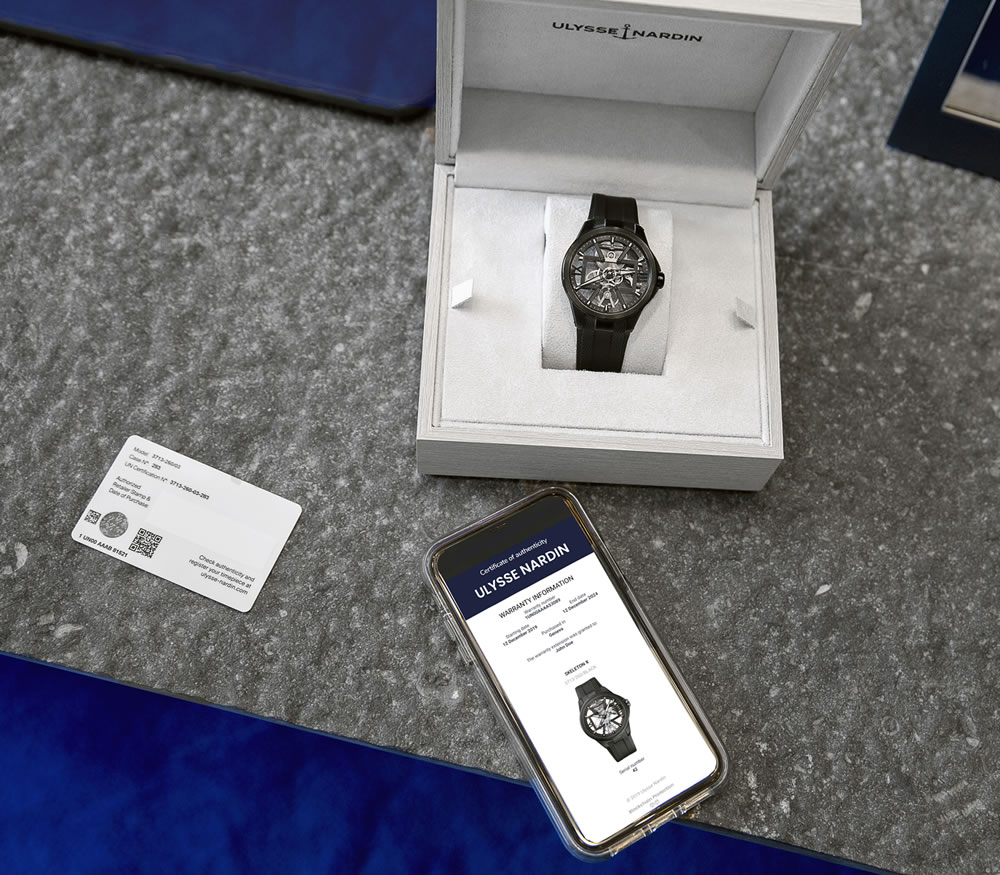 Bitcoin has been slowly but surely weaving its way into the world of luxury brands for some years now. Image credit: Ivan P Simeon

According to an OECD report on counterfeiting, the world trade in fake goods is worth upwards of £360 billion a year. But once an entry is made in the blockchain, it is there permanently, which means that there is no room for hackers to interfere and no opportunity for unidentifiable fakes. This makes it incredibly useful when it comes to registering the authenticity of items that are valuable due to their uniqueness.

Ulysse Nardin is not the only one to be taking advantage of this forward-think authentication process; digital identity consortium, Arianee, has also implemented the blockchain protocol to authenticate a limited batch of luxury wallets – with aviation watchmaker, Breitling, using the protocol for its limited-edition chronograph. Each individual Top Time watch is given a unique digital identity using distributed ledger technology for maximum security when making a purchase.

In fact, Breitling claimed to be the first watchmaker to issue watches using a block-chain certified warranty back in March – with scannable e-warranty cards allowing owners to download an encrypted wallet that securely stores the timepiece’s digital passport. 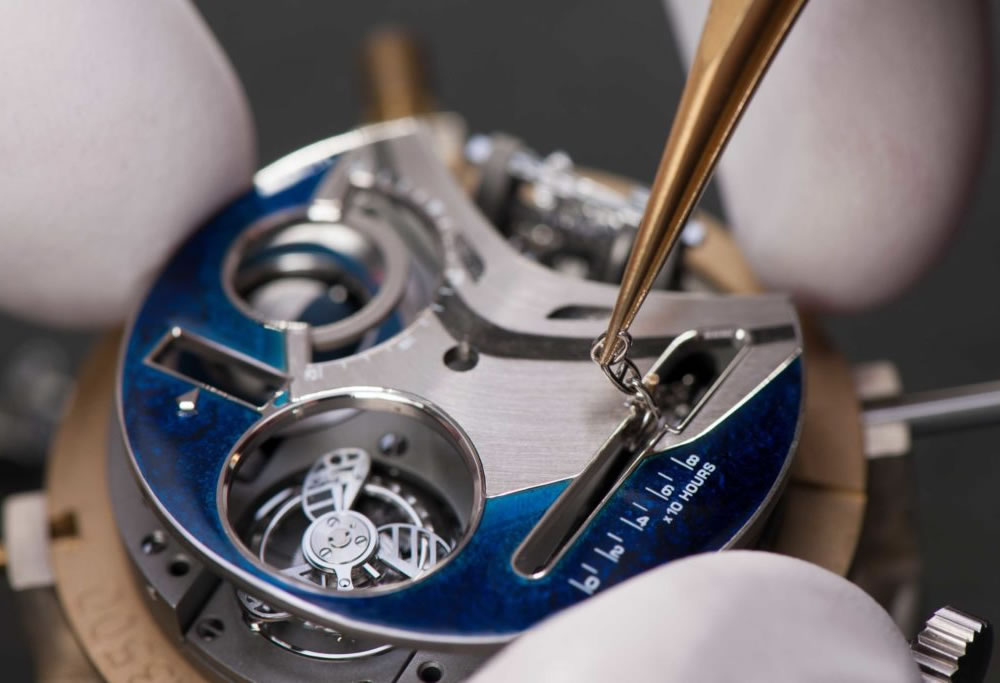 Blockchain technology isn’t just being used in the world of watches, either; in February of this year, South Korean bank Nonghyup introduced a mobile employee ID system using distributed leger technology – developed in partnership with tech giant, Samsung, and set to be implemented nationwide via the nation’s largest wireless carrier.

Later, in March, the UAE Ministry of Community Development announced that it would be relying on blockchain technology to issue digitally authenticated documents amid office closures due to the Covid-19 lockdown – signalling that blockchain technology is slowly but surely going mainstream.

The art world is another adopter, using the technology to thwart forgers and provide collectors eager to pass their valuables down as family heirlooms or auction them off for a tidy profit peace of mind.

One thing is for certain; our world has become more digitalised than ever – and it’s a trend we can expect to see continuing to gather momentum in the years to come. As Bitcoin and the blockchain industry continue to boom, it could be an interesting year end in the world of technology – and one that could change the way we live our lives in many ways in the longer-term.

Image at the very top of the article credit: Ivan P Simeon via luxurylifestylemag