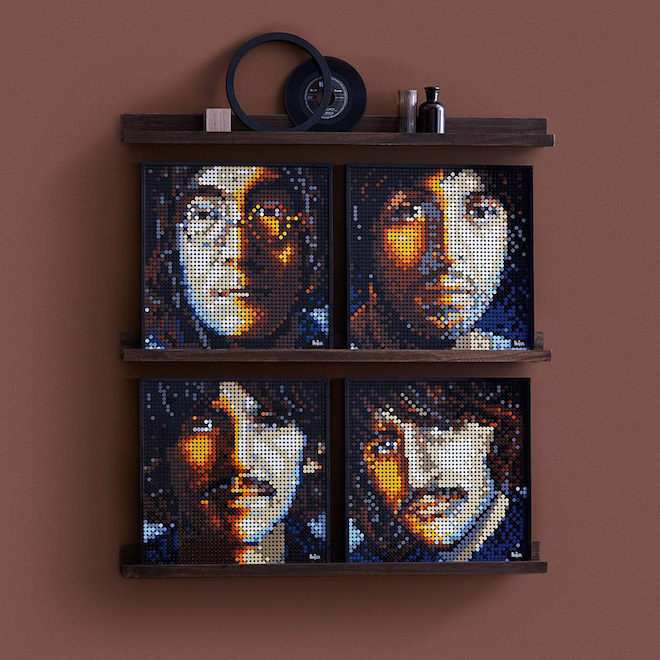 In the last 15 years, Lego has grown into the Apple of toys; coming a long way since its founding in 1932. The beloved toy company had never posted a loss till 1998. At the turn of the 21st century, Lego found itself $800 million in debt with sales down 30% year-on-year. Today, it is a profit-generating, design-driven marvel built around premium, intuitive toys with some play-sets becoming alternate investment assets themselves (based on resale values).

By 2003, Lego’s worst performing year, consultants were advising the danish toymaker to diversify. Toy bricks were obsolete they argued, taking their advice Lego produced branded apparel, children’s jewellery and even theme parks – it was advice that almost bankrupted the company. “We’re running out of cash… [and] likely won’t survive,” said Lego’s CEO at the time, Jørgen Vig Knudstorp . However, in a little more than 10 years, the privately owned, family controlled Lego Group overtook Ferrari to become the world’s most powerful brand. Just how did Lego take its near bankruptcy to stratospheric, pandemic-resistant success in under 20 years? In 2015, Lego became the number one toy company in Europe and Asia with over $650 million in profits, and it was third in the highly competitive North American markets where it was no slouch either with over $1 billion in sales.

For the financial year ending 2019, the Danish toymaker reported a 5.8% year over year growth in revenues. Even the onslaught of the global coronavirus pandemic has failed to put a dampener on its forward momentum. Though growth in revenues in the Americas in 2019 was more modest at 3.4%, even with covid-19, the family business still projects single digit growth in 2020, way ahead of the industry average (which has taken a slump alongside retail). 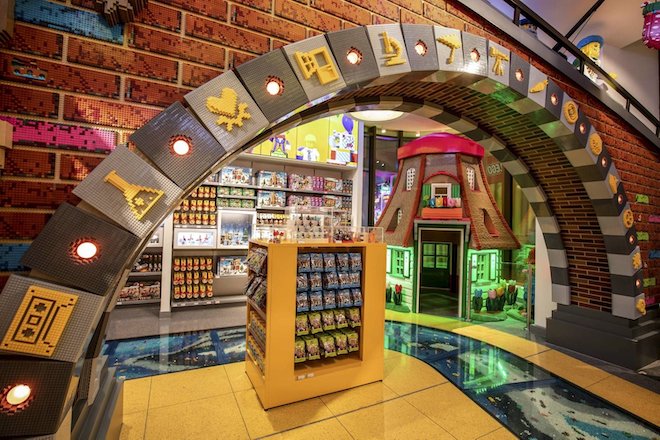 “We have good plans in place, we are really confident in the way we’ve been able to handle it so far.” – Lego CEO Niels Christiansen

Globally, Lego has planned for 150 new stores for 2020, and despite the pandemic, 80 of them are slated for China. Overall, Asia represented 17.5% of Lego’s sales in 2019, making the Middle Kingdom a valuable lynchpin in their global strategy. according to its current CEO Niels Christiansen.

Speaking to China Global Television Network, Christiansen said, “We have good plans in place, we are really confident in the way we’ve been able to handle it so far.” Indeed, in an industry where 85% of the world’s toys are made are made in China, Lego has kept ahead of its competitors with a greatly diversified supply-chain. Lego built up dual streams of inventory with Mexico representing 65.0% of its supply while Europe accounted for 33.2%, side-stepping many of the supply-chain issues currently experienced by its competitors. In addition to not depending on China for production, the strength of Lego, was its ability to greatly expand its key target demographics. Once a year, Lego’s Future Lab, the Danish toy giant’s innovative R&D team meets to invent new, “play experiences” for kids all over the world. They don’t define kids as children either, basically anyone with a love for blocks and creative play is essentially a potential customer they can sell toy bricks too. Lego has shifted the definition of children’s toys and become a transnational, cultural juggernaut.

In 2014, riding on a surge of brand awareness thanks to that year’s Lego Movie, the family run Danish firm briefly surged ahead of rival Mattel to become reporting first-half profits of $273 million on revenue of $2.03 billion. It’s a remarkable achievement, particularly considering that Mattel makes a huge range of products—including ­Barbie, Hot Wheels, and even a direct Lego competitor – Mega Bloks—while Lego has been producing bricks in its modern history. 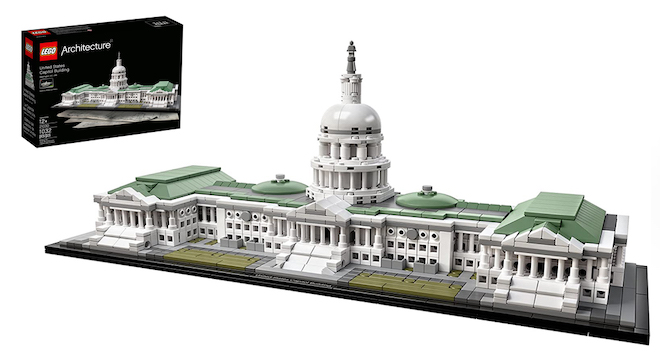 In an exclusive look at Lego’s Future Lab by Fast Company, a Chicago architect named Adam Reed Tucker reached out to Lego in 2007. Tucker had been replicating iconic buildings uses Lego blocks and wondered whether the toymaker would be interested in making official kits of his builds. According to Future Lab’s Head of Marketing and Business Development, David Gram, Lego “wasn’t doing anything for an a target group outside of boys between ages 5 to 11” but a Norwegian executive saw the potential of Tucker’s idea, using a stealth plan warm to warm decision makers to the idea and ushering a new age of innovation for the Danish company.

By 2007, Tucker’s homemade architectural kits of would go on to become one of the company’s most popular collections; and not only did they sell well, comparatively for the same number of Lego bricks in a child’s kit, Lego could sell their new Architecture line for more than double the pricebecause it was a “grown-up” collection. Commercially, Lego had shifted from being limited to movie franchise collaborations like Harry Potter, Star Wars and The Avengers but was expanding into a market of present day adults who had grown up on Lego’s brand of creative play and near infinite combinations. By 2011, it was crowdsourcing suggestions and producing limited editions of iconic movie vehicles such as Back to the Future‘s DeLorean and Ghostbusters Ecto-One, play-sets which would not have been recognised by their original target market but still largely beloved by the adult cliental who had grown up on Lego and it’s just not for your pop culture geeks – even high end editions of Lamborghinis and Bugatti Chirons have been rendered in Lego editions. 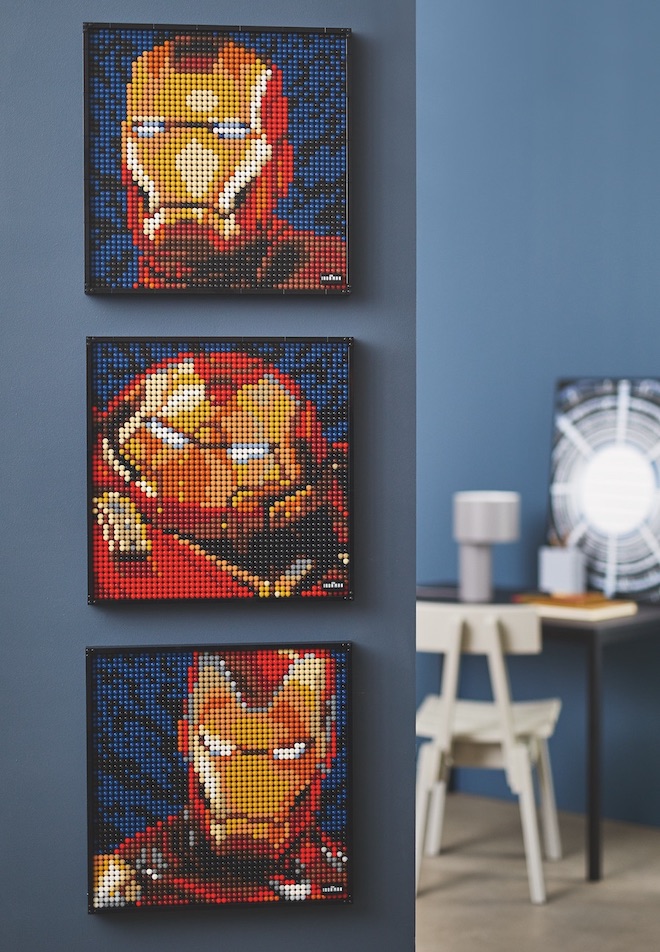 Today, the adult segment of Lego consumers is served by yet another new innovation – pop culture artwork. These artistic poster sets that can be used for interior decoration are just another potential avenue for bored adults during the national lockdowns that have arisen from the raging pandemic. Called  LEGO Art. The new range of sets allow you to build your own pop culture-inspired wall art. 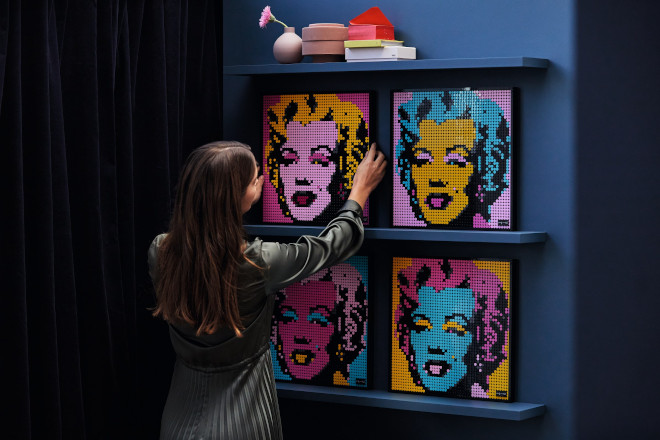 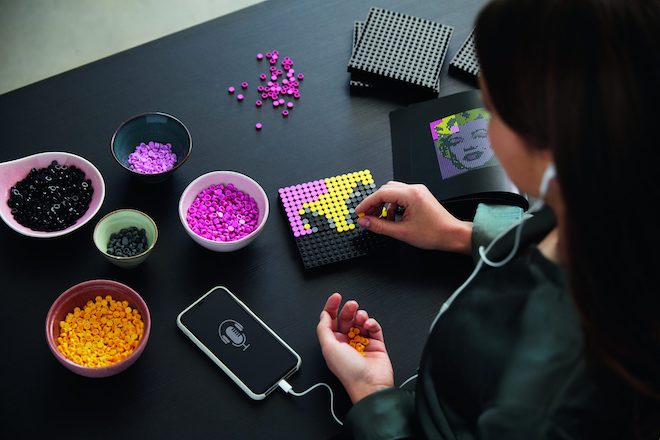 The Lego Art lineup includes colorful mosaic versions of Andy Warhol’s iconic Marilyn Monroe, portraits of The Beatles, Iron Man, and Star Wars’ Sith characters. Each set gives you the option to build multiple versions of the design, comprises around 3,500 pieces, and comes with building instructions. Each set even comes with its own 90-minute soundtrack, so you can listen to the curated tunes and facts about your subject while you’re putting your wall art together.

With a diversified supply chain, a product range which caters to a broad spectrum of interests, and a global market of all ages, Lego is simply in the best possible position to succeed post-pandemic. The LEGO Art series is available from September 1 in the U.S. and August 1 for international retailers.