It’s a winter evening and the temperature is nearing a frosty three degrees. However, my friend Loren and I are sat outside, dressed only in our summer bikinis.

We’re in a mini chalet village, complete with rustic log cabins adorned with twinkling fairy lights and the mouth-watering smell of hot chocolate.

It’s a setting that wouldn’t be out of place at a luxury ski resort. But we’re not in Lech, we’re in Lancashire, and we’re working our way through the aqua thermal journey at Ribby Hall Spa. The aqua thermal journey is an elaborate experience made up of nine different elements. The idea is that the individual heat experiences will slowly raise your body temperature, while you relax and reap the holistic and therapeutic benefits.

This is my first time visiting a spa that features a map to guide you through the different relaxation stages. But that’s part of the beauty of Ribby Hall Spa – it isn’t your standard spa. 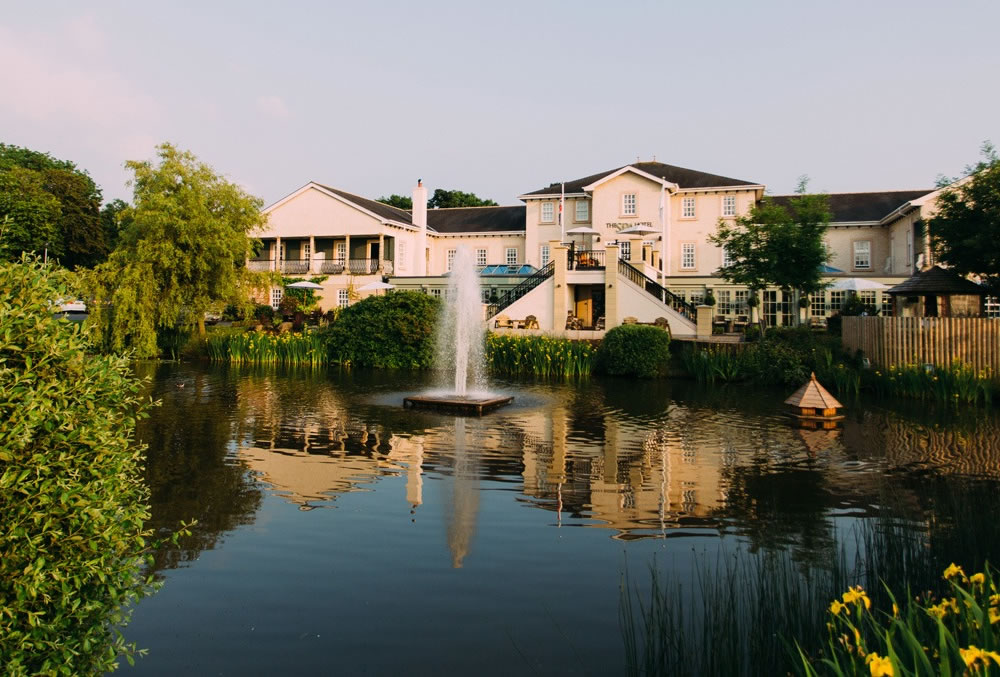 The Spa Hotel is set amidst the 100-acre Ribby Hall Village in Wrea Green, Lancashire

The Spa Hotel is set amidst the 100-acre Ribby Hall Village in Wrea Green, Lancashire. The village itself is a popular staycation choice in the North West, complete with holiday chalets and endless family-friendly activities. The Spa Hotel is a separate entity, yet it fits in with the design of the rest of the village, which is nestled alongside the scenic driveway that welcomes you on your arrival.

Loren and I arrived for our retreat excited to sample the rest, relaxation and pampering that Ribby Hall Spa has built its reputation upon. Our large twin room was stylishly decorated, and the layout meant it felt much bigger than it was. I believe that high-quality toiletries are one of the best tell-tales of great hotels and we were delighted to see a neat row of Espa toiletries lining the sink. The gleaming bathroom featured a huge tub and rainfall shower, while the wardrobe was kitted out with those quintessential spa break necessities – fluffy white robes and buttery soft slippers. 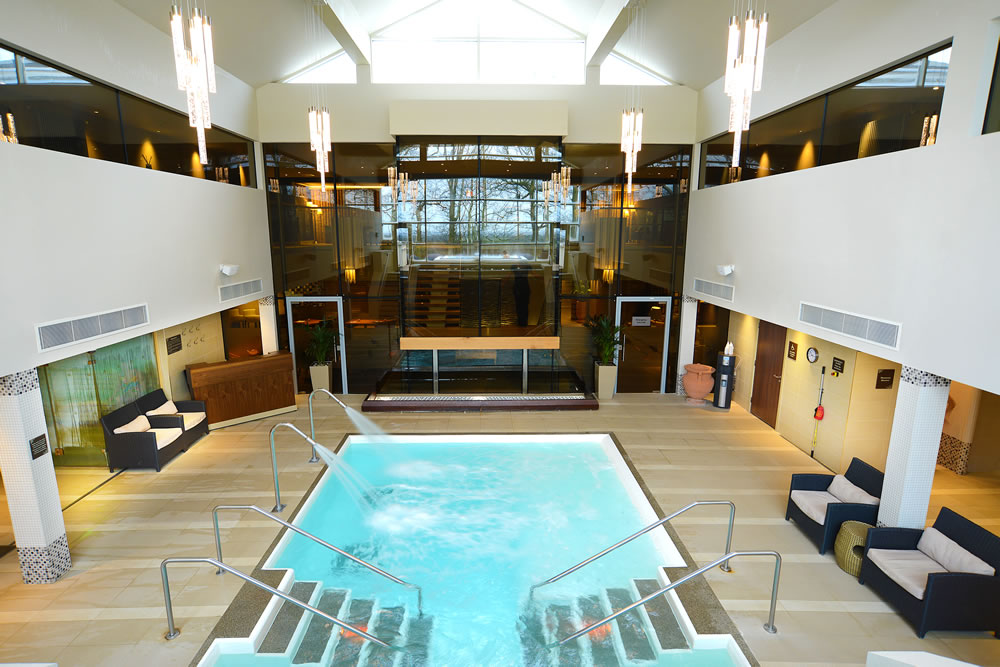 After getting changed into our swimwear and robes, we headed downstairs to the spa. The staff were attentive and friendly on both occasions that we visited during our stay. They gave us towels, flip flops and a map of the aqua thermal journey.

The journey began in two different rooms which eased you in gently, helping you to acclimatise. The first, the aroma room, was warm and soothing with soft lighting. The second was an aroma steam room, which was a little gentler than the steam room later on.

Next on the map was the first saunarium, followed by a gentle foot massage in the pedidarium. The following element was for the brave only – it consisted of pulling a rope on an overhead bucket of icy water to cool your skin. After that, you can warm up again in the Balinese salt inhalation room, the herbal saunarium and the tepidarium.

The stations that followed were outside, which meant braving the cold (but don’t let that put you off). We began in the rustic sauna, before moving on to the outdoor hot tub, which we both agreed was our favourite element. It was certainly a novelty being sat outside, warm and toasty, in the winter – coupled with the picturesque alpine-style setting. After the hot tub, it was time for the Himalayan salt sauna, which was my second favourite part of the aqua thermal journey.

Moving back indoors, after a nice dip in the hydrotherapy pool, we came to the conclusion that everyone tends to be either a sauna person or a steam room person. I prefer saunas, whereas Loren would opt for a steam room. But no matter your preference, you can be sure that your spa tastes will be more than catered for at Ribby Hall Spa. It’s easy to see why it was awarded ‘Best Day Spa’ at the recent Good Spa Guide awards. 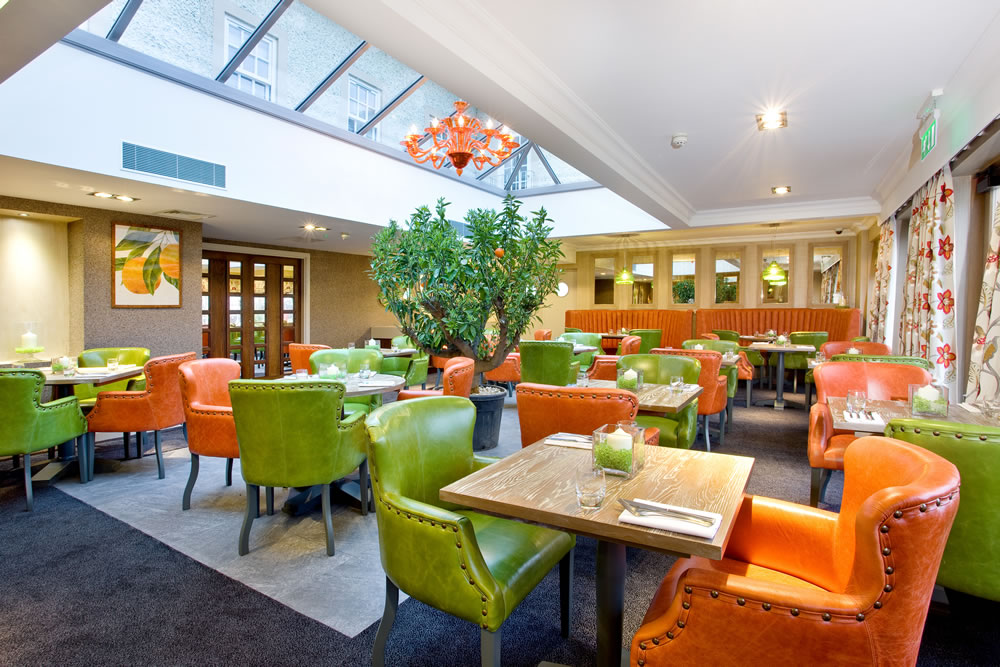 The chic furnishings, inviting colours and soft lighting in The Orangery restaurant makes it an extremely appealing place to eat after a day of relaxation in the spa. Again, the staff were all smiles and also observant – making note of any food allergies and advising accordingly.

The drinks list was enormous, offering an impressive selection of wines, beers and spirits. I sipped an excellent virgin raspberry bramble mocktail, while Loren opted for a glass of pinot noir, and we enjoyed them over a complimentary amuse bouche while perusing the menu.

We were stuck between two different choices for starters and mains, so we decided to order both of them and share. The first starter was an elegantly presented Ribblesdale goats curd, nourrit black fig roll, pomegranate molasses and hazelnut oil. A nicely balanced combination, with the richness of the figs and sweetness of the pomegranate molasses cutting through the intense flavour of the local goats curd.

The second starter took us by surprise, but in a good way. It was Middle White pork cheek, cooked in masterstock with a BBQ glaze, pickled chilli and steamed bao. We took this description to mean a bao bun, but it was (beautifully) deconstructed, which meant it was something a bit different that worked really well.

The first main course that we shared was the market fish of the day – loin of cod, Pommes-Anna, courgetti, caper and raisin chutney, and beurre noisette. The second main was soft herb Mayan gold potato gnocchi with confit and marmalade of king oyster mushroom, celeriac and black garlic with cep velouté.

Like the starters, the presentation of the mains was both elegant and impressive. The cod (a generously chunky fillet) was artfully stacked on the bed of potato, courgetti and chutney. While the gnocchi was swimming in the cep velouté, which was light, airy and not too overpowering. The humble mushroom was put through its paces for the creative dish and the different elements complemented each other perfectly.

After our mains, we were a little devastated to be too full for dessert, as they all sounded deliciously tempting. Loren had her eye on the espresso martini and salted toffee doughnut, while I struggled saying no to the Caramac mousse with crispy passion fruit and bitter coffee crumb. 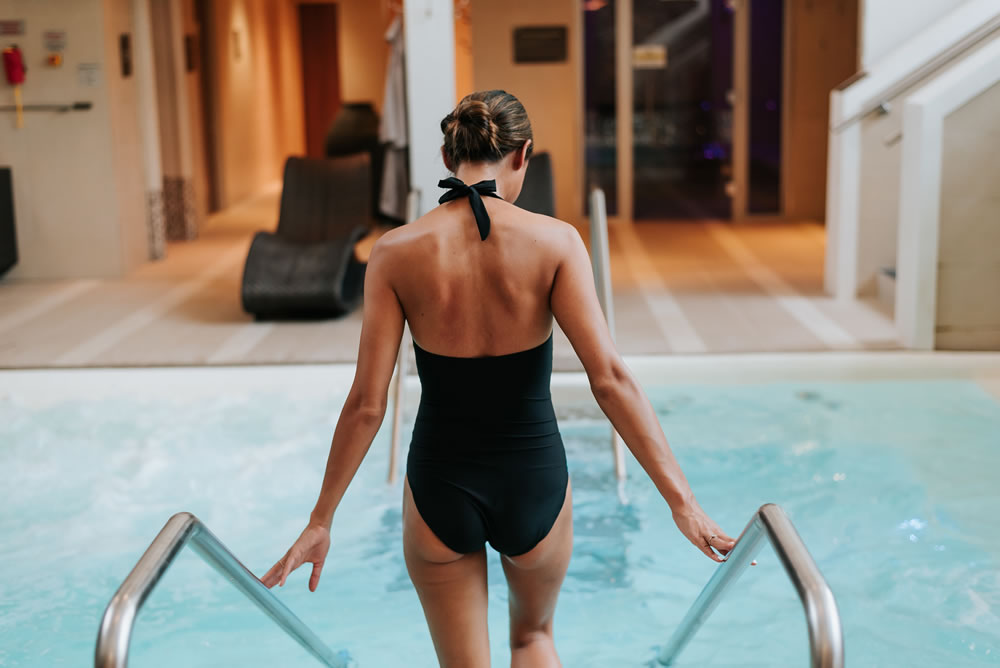 The next morning was a dreamy way to spend a Wednesday. After polishing off a superb breakfast of fresh smoked salmon with creamy scrambled eggs and excellent coffee, we headed for our massages. We enjoyed an hour of Elemis deep-tissue freestyle massages and were floating on air afterwards. Any niggles or knots were firmly worked out by my massage therapist, Shantell, in a zen setting – with the aroma of luxurious massage oils and soothing sounds of gentle music.

A final visit to our favourite elements of the aqua thermal journey afterwards completed our time at Ribby Hall Spa, which we both agreed is a spa with a difference and the perfect retreat for pampering, rest and relaxation.

Overnight spa breaks can be booked from £300 per couple.