Travel writer Jay Ducker checks into the iconic Hotel Arts Barcelona. When I think of Barcelona, I think of a city near the coast and all it has to offer: exquisite cuisine and warm, hospitable people. This was not my first time in the Catalan capital, but it was my first time staying at the Hotel Arts and it did not disappoint. As I approached the entrance, I was greeted by a friendly smile and an assured handshake by the concierge. My bags were taken care of as I took the elevator to the reception. After taking in my surroundings, I was escorted to my room on the 33rd floor, and chatted with another member of staff. As I stepped off, I was told this was the hotel’s exclusive Club Lounge – where beautifully-catered food is prepared to order. Guests can order anything from continental breakfasts to sweet and sumptuous dinners, accompanied by an array of complimentary drinks – everything from teas and coffees to more sophisticated champagnes and wines.

After being offered a glass of champagne, which I sadly declined, (dry January) I prepared to check in. Joao Gonlalves, a member of the hotel concierge team, who straight away came across friendly and informative asked if I was hungry, which I certainly was, having not eaten since I left London early that morning. He invited me to have some lunch and take in the view before showing me to my room. I grabbed some sandwiches and tortilla chips with spectacular homemade guacamole. There was such an assortment of drinks too, especially when it came to teas and coffees. Having said that, being typically, I opted for English breakfast tea.

With good food in my belly and excitement sending my feet tapping, I was taken to the executive suite on the 19th floor. I’m not sure if it was its size, or the awe-inspiring, city views – but I was truly blown away. Joao reminded me of the times I can eat at the Club Lounge and thanked me for choosing their hotel and, if there was anything else I needed, then to just contact the reception. And with that, he left, and I was alone in my very own slick and sophisticated haven. 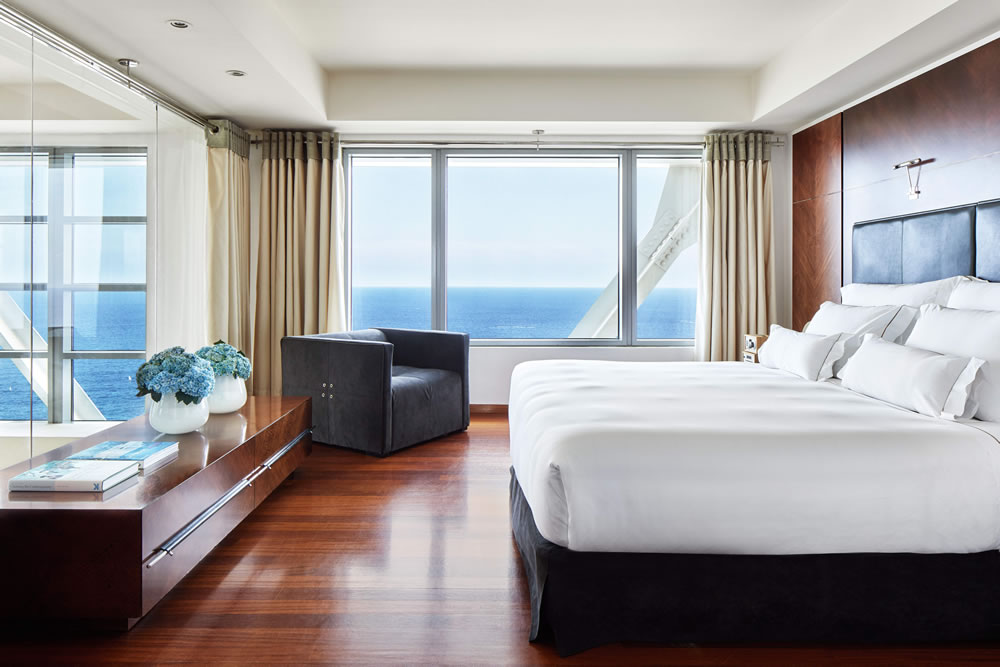 The executive suite came with a billowy king-sized bed, stunning panoramic views, a cool lounge, and two wide screen TVs. It also had a glowing bathroom with its own shower room and bathtub, with a second toilet further down the corridor. This place had everything and more. After taking some photos and filming the suite, I laid down for my afternoon “power nap” – or, as the locals call it, a “siesta” – to fully recharge my batteries for the night ahead.

Before heading out, I went back up to the Club Lounge where, again, I was met with real warmth from the concierge. I cannot say enough good things about the staff I met while there. I grabbed some food, mainly light bites, an array of cheese, olives and some Spanish tortilla and hit the city. After meeting some friends and telling them about the stunning room I was reviewing I returned to my suite for some well-needed rest. I prefer, if I can, to sleep in total darkness, so I was delighted to find the room was fitted with mechanical shades, which smoothly drew down to block the city lights. 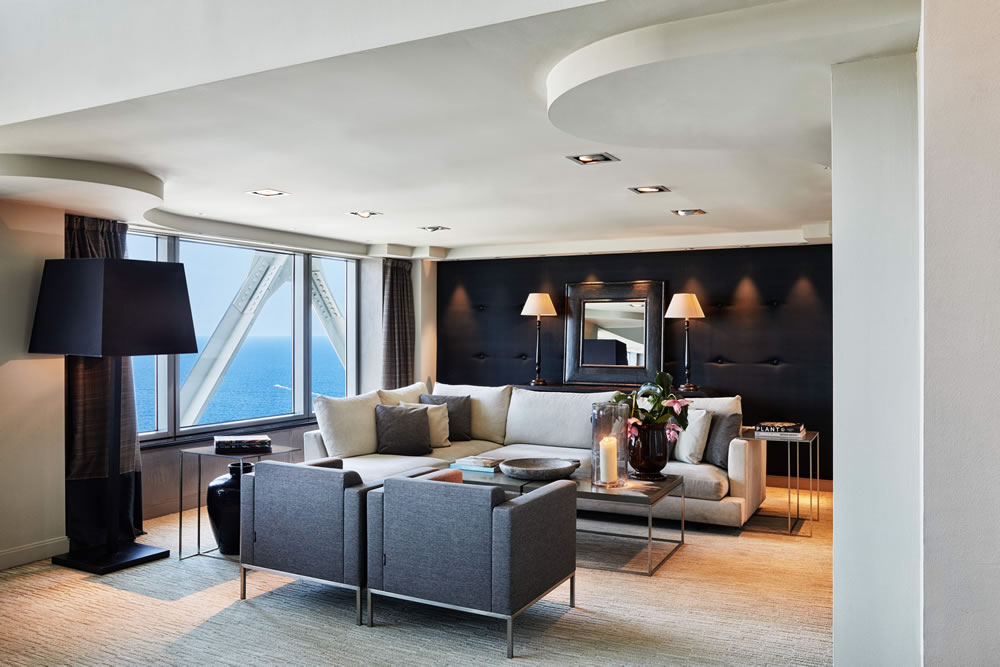 I awoke early and opened the shades to a stunning view of Barcelona in all its glory. I could see from the top of Tibidabo down to the marina and not forgetting, straight ahead, La Sagrada Familia. Truly magnificent! The hotel is quite a landmark in its own right, situated right next to the coast and the unmissable 52 meter-long golden fish sculpture El Peix. Its gold coloured stainless steel surface shines under the sun and changes appearance depending on the angle of the light or weather conditions. There was such a refreshingly warm breeze as I explored the hotel’s veranda and pool area, considering it was January. There were even families swimming with their children, which best describes the region’s springtime climate.

I headed back up to the Club Lounge and indulged in their wonderfully curated breakfast. There’s a bit of everything for everyone here and it is all complimentary, of course. I spent the rest of my day in and out of the hotel complex, enjoying the fruits and the variety of the simple pleasures it offers from the glorious views of Barcelona to the convenient walk to the beach. 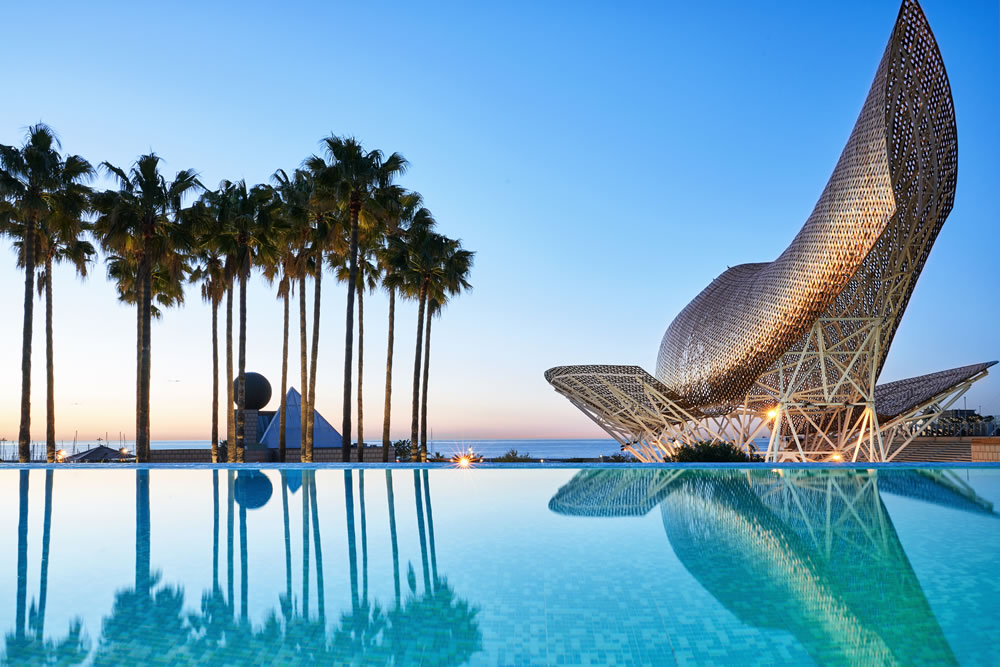 The Hotel Arts is the perfect place to stay if you are on business in Barcelona or if you’re looking for a quick getaway. There is enough to make you feel fully looked after while you attend other matters. And in the summer. I’m sure even a young family would highly enjoy the space and location.