Amidst a time where fashion was dominated by a specific few, and cutting through the noise seemed virtually impossible, one visionary designer paved a road of his own, standing out against all things conventional. Credited for legitimately redefining two brands (first Dior Homme and then Saint Laurent), very few have as clear an aesthetic as the now creative, artistic and image director of Celine, Hedi Slimane, who is lionized for his super desirable and eternally cool, hard-rock, hyper-skinny aesthetic. 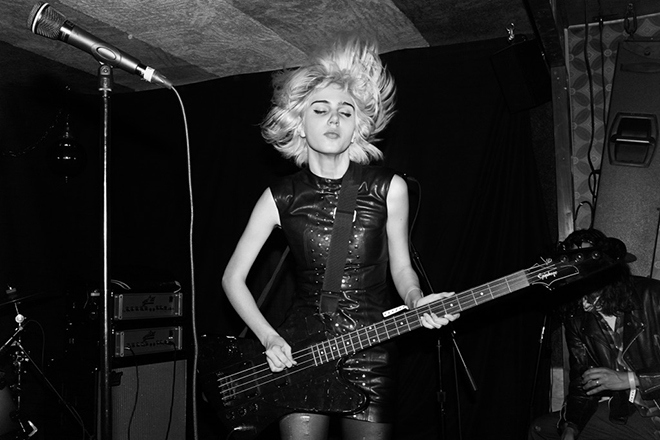 All things badass aside, Hedi Slimane’s distinct style is fairly easy to recreate, rebuild or rediscover, though its intricate detailing, meticulous rips and tears, and even unparalleled craftsmanship, may never truly be replicated. With an undeniable impact on the aesthetic direction of more than a few brands across the wider men’s style spectrum, Hedi Slimane undoubtedly casts an unavoidable shadow wherever he roams, leaving his successors in a frenzy to surpass his influence despite their good fortune. Whether it’s labels loosely recreating Slimane’s Saint Laurent staples from the runway, or brands broadly designing pieces inspired by Slimane’s “Los Angeles-by-way-of-Paris” vibe, there’s an offshoot market that’s managed to continuously tap into Slimane’s design language throughout the length of his career. In an effort to celebrate one of modern menswear’s biggest figures while recognizing the brands that have benefitted from his successes, here are a handful of up-and-coming or lesser-known brands which have dedicated their expertise to perfecting the esteemed designer’s vision. After all, Hedi Slimane may no longer be at Saint Laurent, but that doesn’t mean his (or your) signature style should suffer. Established in 2017, FromTheFirst is a brand based between England and Italy, built on the concept of combining classic Italian traditions, whilst celebrating the authentic, laid back feel of early American rock ‘n’ roll culture. Specialising in boots made with skins sourced from local Italian tanneries, FromTheFirst  offers a wide range of different colours, textures, and patterns, alongside reliable and highly durable YKK zippers, custom-made leather soles, shoe boxes, dust bags, and sewn-in cotton elements. Made entirely by hand to exacting specifications, each pattern is crafted in-house by a team of skilled artisans with over 40 years of experience in the footwear industry. Despite the information which can be easily found on their website, FromTheFirst carries a significantly interesting backstory. Known best for their reputable designs, most notably, the Luca, and Diego boots, it is not at all hard to see where FromTheFirst drew their inspiration from – the Saint Laurent Classic Hedi 40 Chelsea boot and the Saint Laurent Wyatt Harness Boots. Characterised by an almond-shaped toe and a Cuban heel, “Wyatt” is an umbrella term that refers to the boot last. Priding themselves for enhancing every aspect of these revered SLP boots, down to the last detail, FromTheFirst is deeply respected for their ability to surpass Hedi’s standard of quality whilst adding a touch of personal flair – as seen in the Luca Sidezip Boot’s silhouette, zip function, and slightly sharper, more defined toe-shape which steers away from the conventional Wyatt’s almond-shaped toe. Thanks to its improved shaft height, FromTheFirst can be worn with cropped trousers, thus making an already versatile boot that much more diversified, without compromising Hedi’s iconically seamless fit. 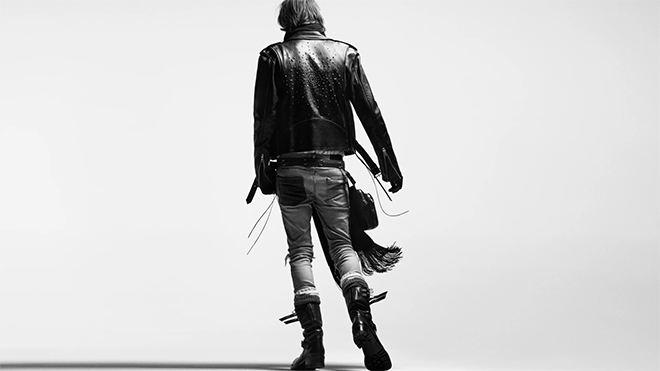 If Hedi Slimane’s Saint Laurent is the meeting ground between Los Angeles and Paris, then Amiri is the West Coast half of that dream realized at full throttle. What started as a few pairs of leather jeans in a single department store became a worldwide success since its conception: now boasting fans from the likes of Gigi Hadid to Justin Bieber, and KPOP superstars BTS. Established in 2014 by an American/Iranian fashion designer who began his career handcrafting stage pieces for iconic hard rockers such as Axl Rose and Steven Tyler, Mike Amiri is the brains behind this eponymous luxury fashion line with a distinct design signature of deconstructed, hand-embellished denim jeans, leather jackets, grungy flannel shirting and graphic tee-shirts. Looking at how Slimane’s Spring/Summer 2015 collection for Saint Laurent exemplifies the California bohemian, psychedelic aspects of his wider hard rock aesthetic, one could argue that Amiri’s work picks up where that collection left off. In other words, Hedi Slimane ran so Mike Amiri could walk, and he’s walking fast. Upholding a commitment to custom, hand-made detailing in jackets and jeans that rival the craftsmanship of major Maisons like Saint Laurent Paris – You may be forgiven for overlooking them now, but not for long. Considering Mike Amiri literally shoots his designs with a shotgun, there is absolutely no doubt in my mind that this brand might just be the next best thing fashion’s ever seen. Regarded a safe haven for those drawn to the punkier aspects of Slimane’s design language, Enfants Riches Déprimés, directly translates to “Depressed Rich Kids” – which is not at all surprising and is in fact a fitting name for a brand that most grunge-enthusiasts and Courtney Love-wannabes have wet dreams about. Rocking a Saint Laurent-level price point, DIY aesthetic and harsh tonality that recalls Vivienne Westwood’s most iconic works; if you’re one of these pissed-off privileged youth, lounging around Los Angeles or Paris, it seems fair that your personal experiences (and likely, a wardrobe stocked with plenty of meaningful punk pieces from major designer Maisons) would influence a brand as equally pissed-off at the world as Enfant Riches Déprimés. As crude as any other punk brand in its prime, Enfants Riches Déprimés has built its reputation on stained, ripped and cut-up shirts adorned in graphics of swastikas, curse words, sex and drug references. Perhaps more overt and brash than the rock-n-roll references used by Hedi Slimane, Enfants Riches Déprimés by Henry “Henri Alexander” Levy does cut us some well-deserved slack from hating the world, with a “Classic Collection” that features various biker-style leather jackets, a pair of cropped Chelsea boots and various off-kilter chains – sound familiar yet? If yes, that’s because Levy’s design staples share a similar spectrum of inspirations, folding seamlessly into a variety of Hedi Slimane’s earlier selections and collections.

As fun as it is to reminisce the achievements of brilliant designers and to witness the ripple effects they have caused, Saint Laurent Paris has undergone immense evolution since Hedi’s departure in 2016, and under Anthony Vaccarello’s creative direction. Working in close collaboration with French musician, composer, producer, mixer, engineer, vocalist and DJ, Sébastien Akchoté-Bozović, Anthony Vaccarello has officially teased the Saint Laurent Women’s Summer 2021 Fashion Show on Instagram, which will air on December 15, at 2PM CET.