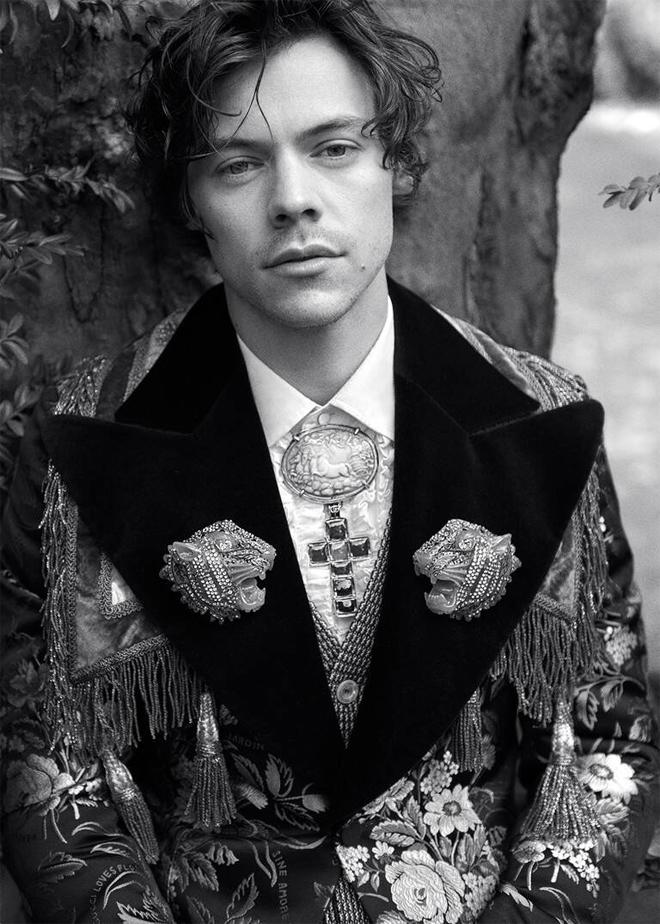 Last seen in a fish and chip shop in north London, Harry Styles continues his turn as the Face of Gucci Men’s Tailoring, travelling to Villa Lante outside of Rome for the Men’s Tailoring Cruise 2019 campaign. The Italian luxury fashion house was the main sponsor for Met Gala 2019 and Harry Styles made his debut at the annual fundraising gala as one of the three co-chairs for the annual fundraising gala for the benefit of the Metropolitan Museum of Art’s Costume Institute in New York City. 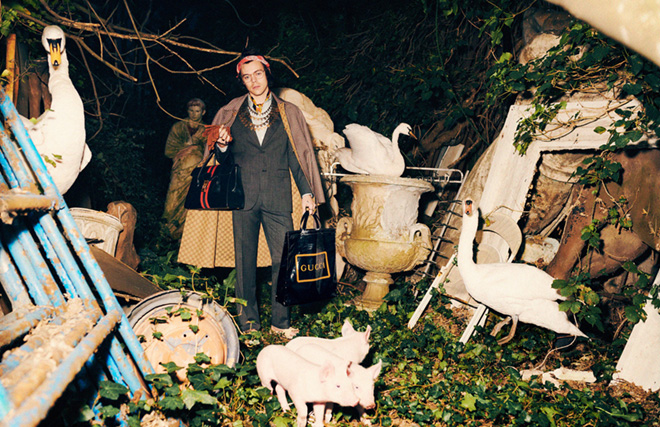 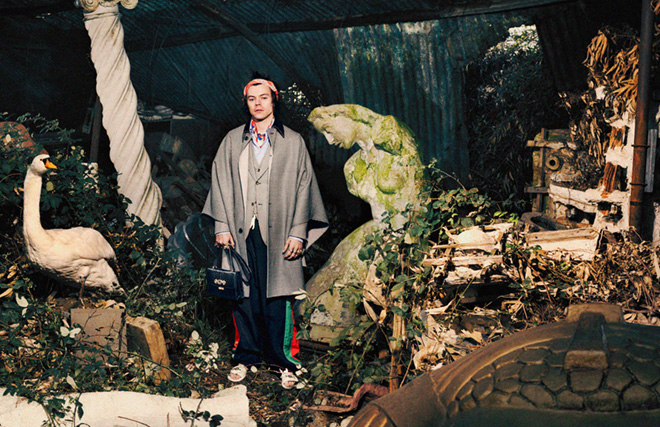 Known to be an ultimate style-icon for modern men, Harry Styles has learned to channel feminine touches to a primarily male style throughout his career. From colour-clashing Gucci jackets to 70s inspired flare, he has made his presence felt as a formidable fashion icon with his statement pieces on and off the red carpet and throughout his tour in 2017. 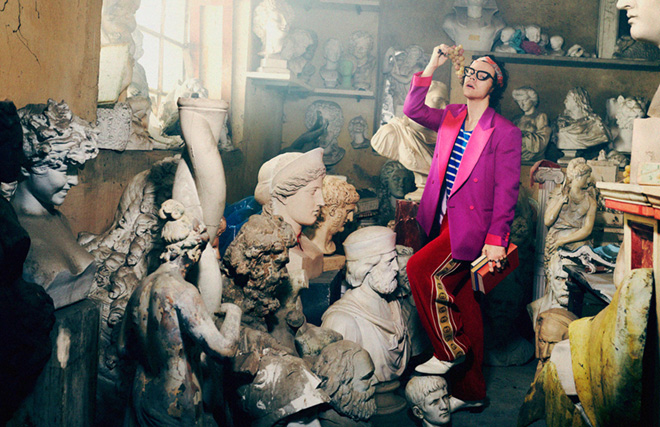 Unafraid to challenge what men are expected to wear when it comes to formal wear, Harry Styles appear in flamboyant and bold suit and pants, extending his role as the face of the Gucci Collection Tailoring Collection with a new perspectives and shifting definitions of Gucci bespoke-wear. Creative director Alessandro Michele’s vision offers a refreshing and modern take on formal wear and photographer, Harmony Korine captures Styles as a carefree individual surrounded by piglets and taxidermy swans in an antique setting. 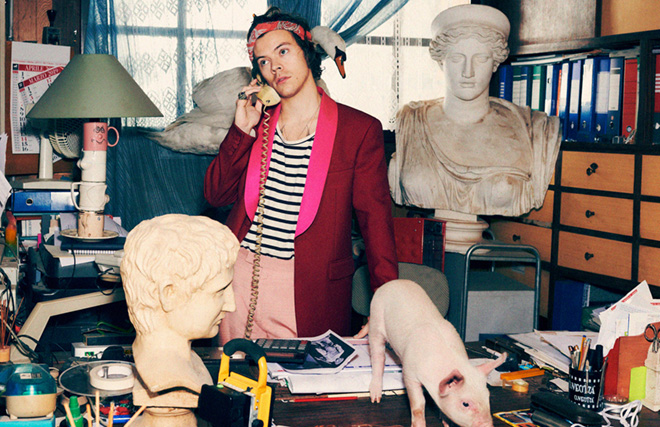 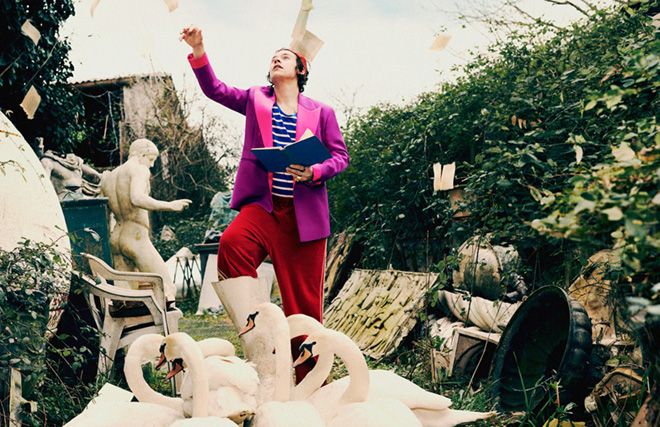 The campaign shoot spotlights Alessandro Michele‘s fascination with antiquities and challenges the norms of formal wear through the contrast between Gucci suits and the campaign’s setting. 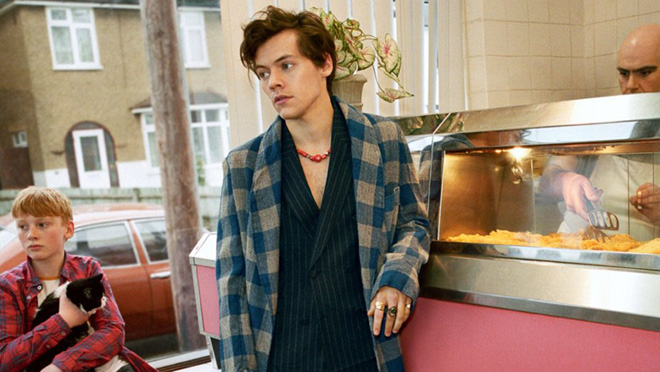 In the previous two campaigns he starred in, Styles was photographed in an Italian garden landscape and an English fish and chip store. Outfits include a dark beige gingham dressing gown, worn as a coat; a wool suit with oatmeal-coloured trousers.