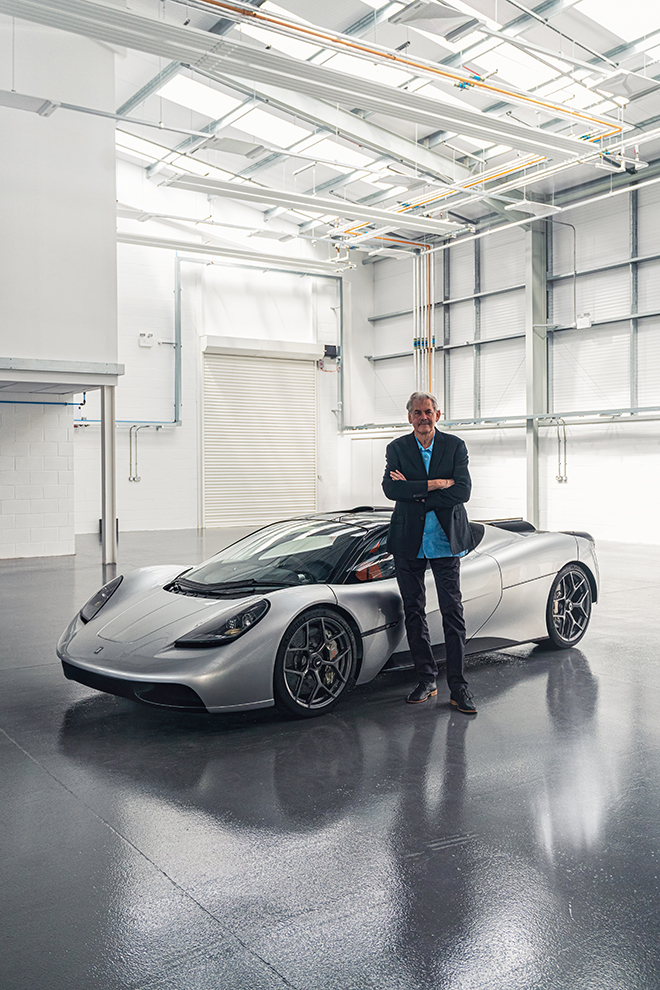 From the same engineer who gave us the the Monocage II based, bi-turbo V8-powered ‘P14’, a Ferrari 488 GTB, Lamborghini Huracan Performante, with low-to-middling cruise missiles, Gordon Murray is back with an all-new luxurious hypercar. Not build for speed, this £2.36 million lightweight beauty, dubbed the T.50, mimics the outline of its predecessor, showcasing an attempt to improve on the acclaimed McLaren F1 “in every conceivable way”. Constructed based on a simple philosophy, “start light and everything else gets better”, the T.50 represents Gordon Murray’s purest, lightest, and most driver-centric supercar ever, measuring an estimated 1.85 metres wide by 4.35 metres long, and encompassing a minimum 30 litres of storage in its cabin and sizeable side lockers. Powered by a 100% bespoke 3.9-litre, 663PS V12 engine that revs to a record-breaking 12,100rpm, and features the most advanced and effective aerodynamics ever seen on a road car – aided by a 400mm rear-mounted fan, the T.50 is 50th in a prestigious line of race and road cars, Murray has penned over his illustrious 50-year career. Characterised by its purity and balance, the T.50 eliminates the wings, skirts and vents that adorn most modern-day supercars. Featuring unparalleled aerodynamic technological advancements, this hypercar is deliberately simple, with beautiful lines and a timeless appearance – interrupted only by a pair of dihedral doors. 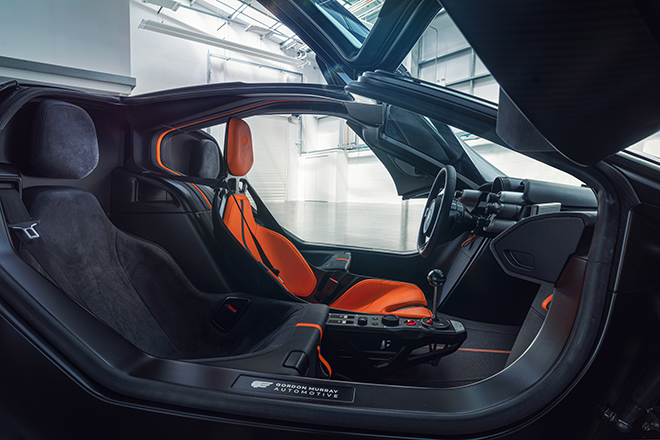 Utilizing high-grade part-bonded carbon fibre and an aluminium honeycomb core in the chassis and body, the T.50 promises exceptional structural rigidity, alongside enhanced occupant safety, handling, agility and comfort – thus negating the need for additional bracing or reinforcement in the event of an accident. 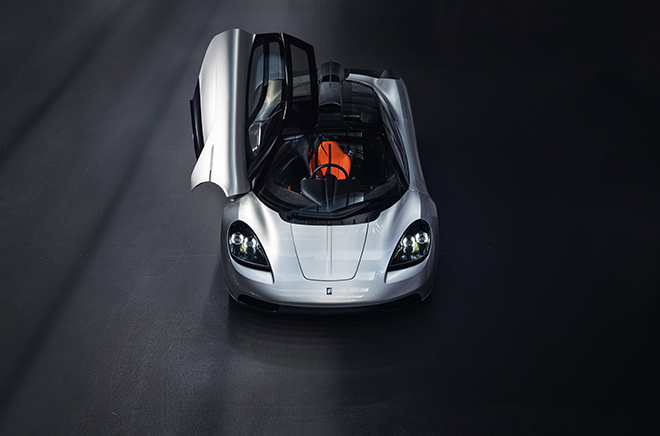 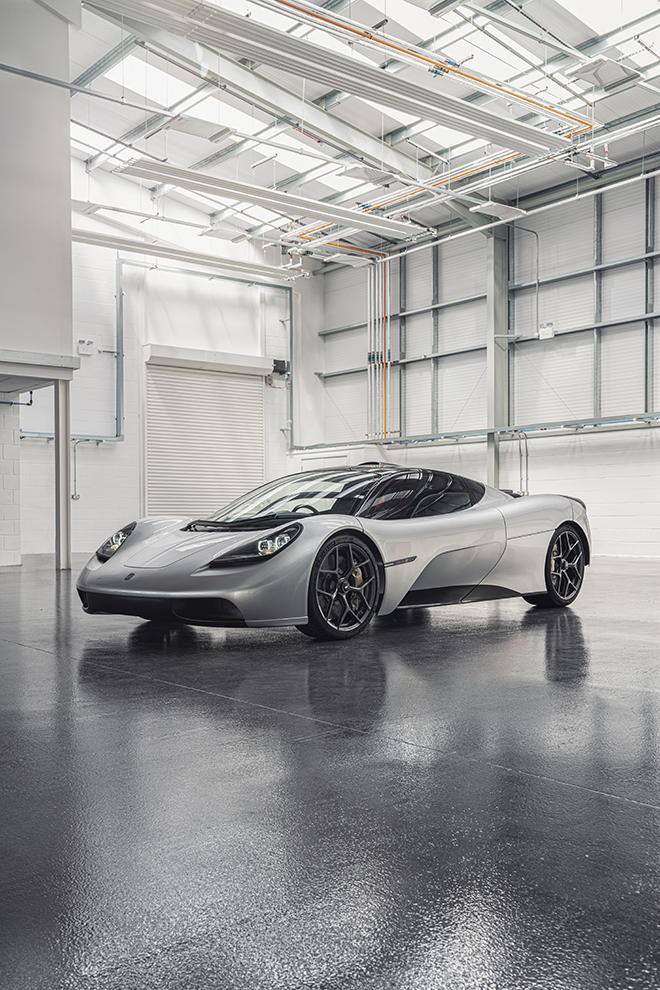 Through the application of two automatic and four driver-selected aero modes, the T.50 is capable of increasing downforce by 50%; reducing drag by 12.5%; adding around 50PS to the car’s output in combination with a ram-air induction; and cutting braking distance by 10m from 150mph. 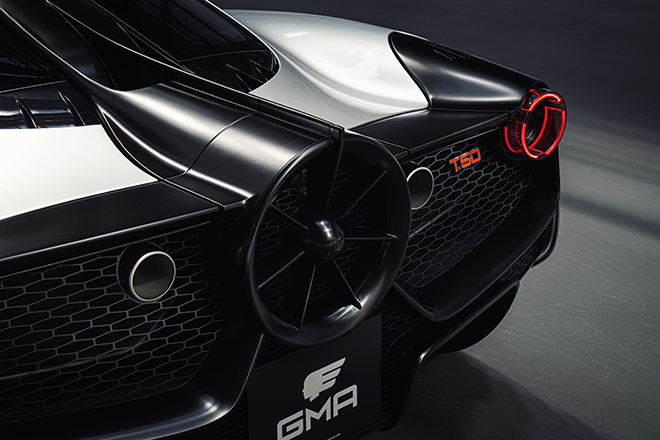 With an underbody airflow system, facilitated by the interactions of an automated fan and a pair of active spoilers at its rear, air flows over the top of the car undisturbed by unsightly vents, ducts, or flaps, whilst assisting to reduce drag. Driven by a lightweight 48-volt motor, spinning at up to 7,000rpm, the incorporation of a fan with vertical inlet ducts fitted with filters, thus ensures that no road debris enter the car. 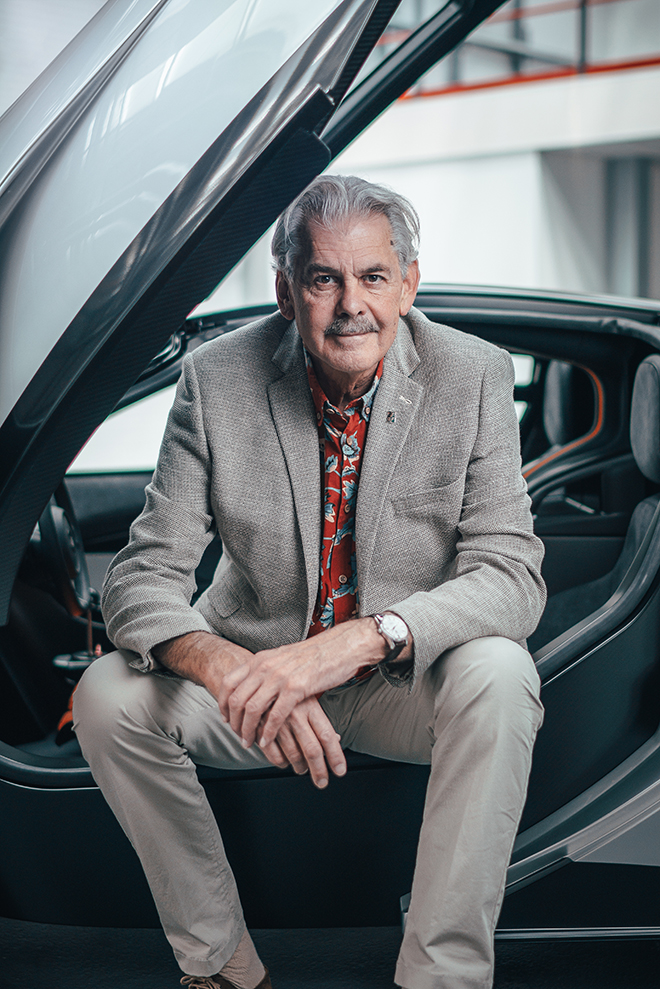 Weighing a total of 986kg, Professor Gordon Murray and his team have since announced that the ground-breaking T.50 hypercar will enter commercial production in January 2022, as the automotive company begins taking orders online.

Quote of the Day
Bruce Lee
Take no thought of who is right or wrong or who is better than. Be not for or against.
Ashburn