The world is undoubtedly witnessing a time of crisis and with Covid-19 making sights of moored liners, grounded planes and deserted hotel lobbies regrettably familiar, luxury travel brands are certainly feeling the strain.

Forecasted figures leave little to smile about: the U.S. Travel Association, for instance, is predicating losses of up to 4.6 million travel-related jobs. Yet, despite facing such unprecedented challenges, top travel brands are pulling together in an effort to help frontline responses against the pandemic.

From cutting-edge technology to top names in interior design and fashion, companies throughout the luxury sector are making essential contributions to the relief effort – all while trying to keep themselves afloat. Around the world, major names are helping local and international projects; in New York, for instance, the Michael Kors brand is donating $2 million to support community services, while Jimmy Choo have contributed $500,000 to worldwide aid. In the UK, Burberry are assisting with the delivery of 100,000 masks and have adapted their Yorkshire factory to manufacture gowns and masks, while the luxury shoe retailer, Sophia Webster, have given Fly-By trainers to 200 deserving NHS workers. 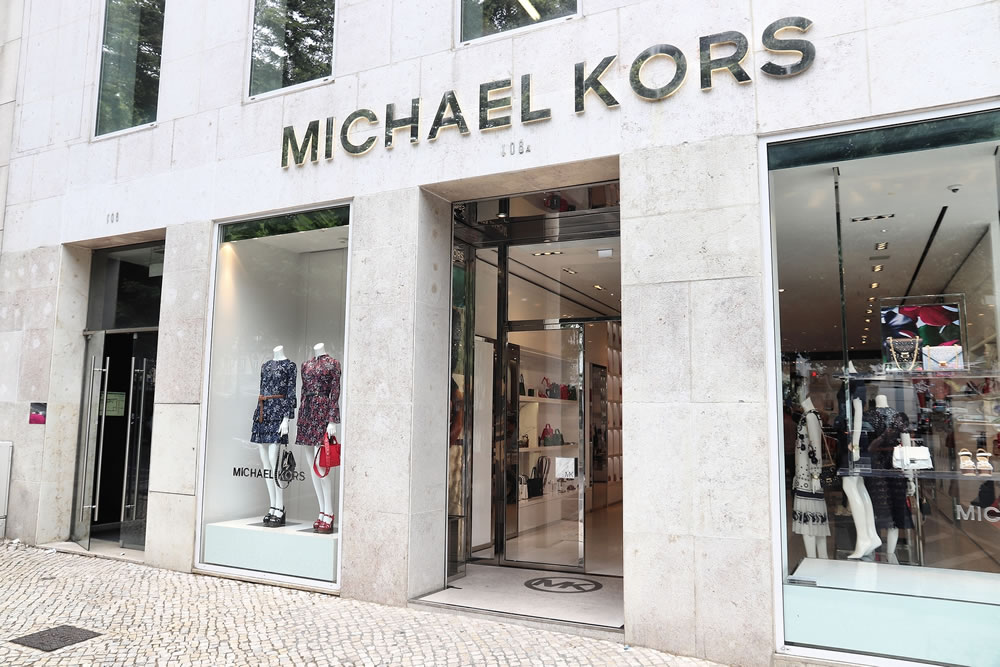 Morale-boosting examples of goodwill work are similarly numerous in the world of luxury travel. Many top motoring companies, for instance, are making essential contributions to support relief projects and key workers alike. Side-lining their competitive inclinations, motoring industries are working together to make the best use of their resources.

Rolls Royce is a member of one such partnership, the VentilatorChallengeUK consortium, which has seen several UK technology and engineering businesses join forces to design, produce and test in-demand ventilators. By collaborating with Penlon and The Smiths Group, two existing ventilator manufacturers, and other companies such as Formula One, Rolls Royce and the consortium aim to produce 10,000 ventilator systems for use in UK hospitals.

Craig Askew, the executive vice president of control systems at Rolls Royce, applauds the company’s efforts: “We are proud to be playing our part in a consortium dedicated to scaling up production of much-needed ventilators and will be focused on working at full-speed to provide devices which can help save lives.”

Mercedes Formula One, whose showrooms have all been closed since Tuesday, 24 March, are also making valid contributions. In an effort to help ease the pressure on ventilator production, the elite brand is working with University College London to manufacture breathing aids known as Continuous Positive Airway Pressures (CPAPs). The partnership hopes to produce 1000 of these essential devices per day. 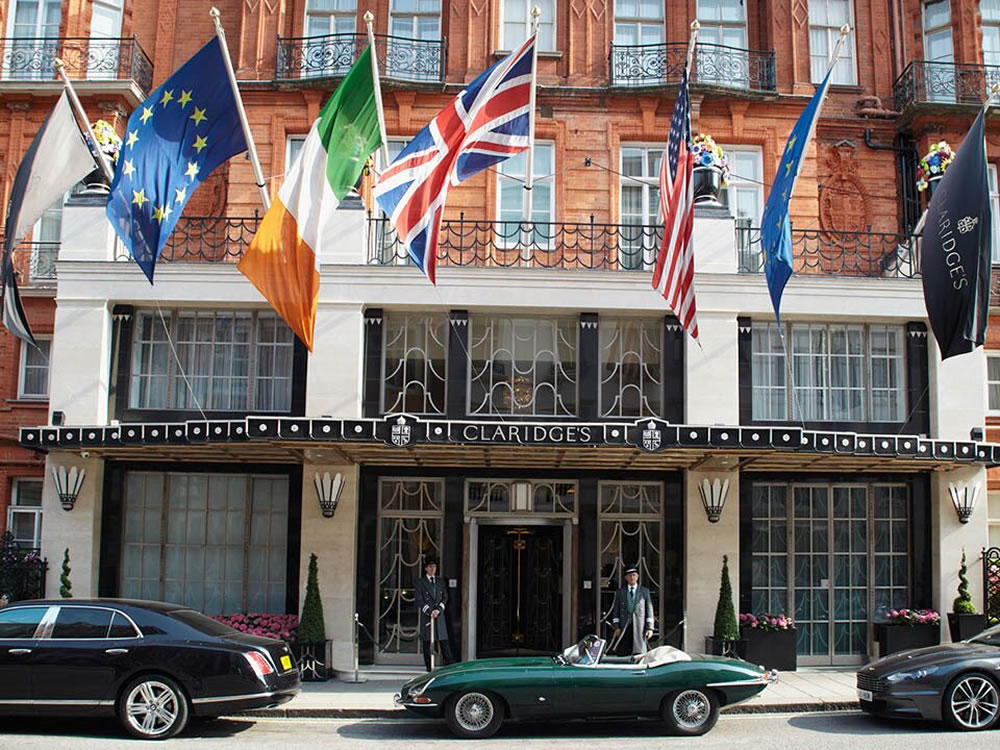 Claridge’s, one of the capital’s most esteemed five-star hotels, is closed for the first time in its illustrious 200-year history yet has recently opened its rooms to 40 doctors and nurses working away from home

Many more luxury motoring companies are playing their part. The BMW Group, for instance, has so far loaned 50 vehicles to NHS staff and supplied face masks and protective goggles in their thousands. In Italy, meanwhile, where the crisis is particularly severe, Lamborghini have adapted their saddlery plant to producing surgical wear, supplying one Bologna hospital with 1000 masks per day. Audi and Volkswagen, meanwhile, are keeping spirits light by redesigning the linked components on their logos: two eye catching alterations, which, nonetheless, reinforce the essential message of social distancing.

Throughout the world, top names in luxury hospitality are taking extraordinary measures despite facing major losses and extreme future insecurity. Global chains and five-star independents alike are doing commendable work in offering supplies and providing essential accommodation to those in need.

Hyatt is one such name. The multinational provider of luxury hotels and resorts have, for instance, encouraged their properties to donate excess food to relief projects and essential workers. In Shanghai, Hyatt On The Bund have offered safety wear to volunteers, while Hotel Revival, a stylish boutique hotel in Baltimore, is opening its kitchens to chefs currently out of work. “We really want to be a positive impact on the community,” said the hotel’s general manager. Nor is the Maryland hotel alone: throughout the United States Hyatt properties are offering beds to those in need, with 103,000 rooms made available so far. 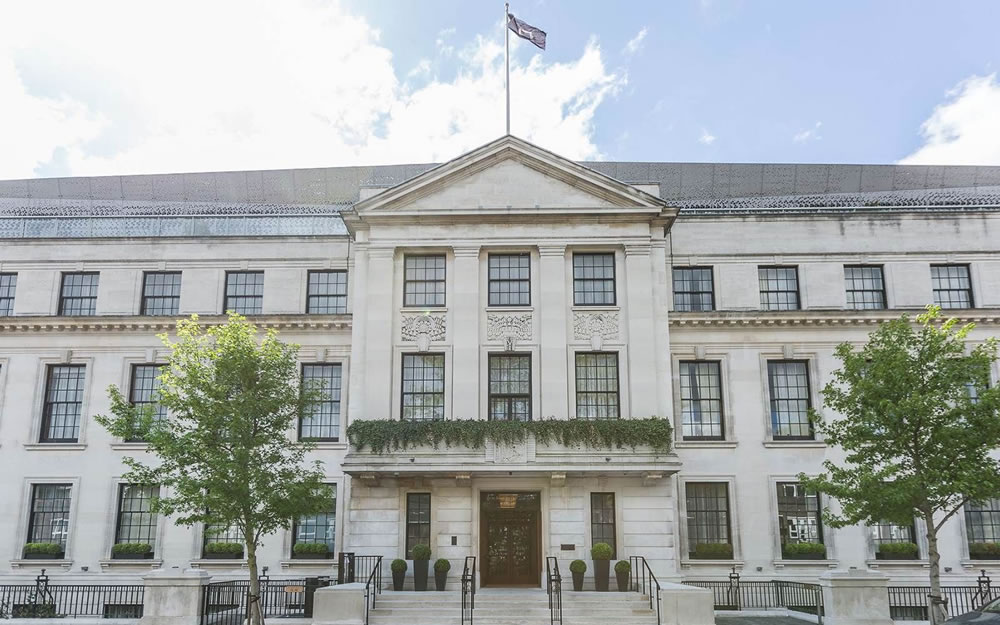 The Town Hall Hotel, a luxury hotel with a Michelin-starred restaurant in Bethnal Green, is dedicating all bookings to NHS workers

Similar goodwill work by Four Seasons Hotels also merits mention; its stunning, 52-story New York hotel based on ‘Billionaires’ Row’ is leading the way by providing doctors, nurses and medical personnel with free accommodation. Many of these indispensable workers are pulling eighteen-hour shifts and have expressed their profound gratitude for a nearby bed in rooms that could cost up to £800 per night.

Many luxury UK hotels are also offering supplies and accommodation to our hardworking medical staff. Hilton, for instance, has engaged in discussions with the NHS and a spokesman assures that although Hilton hotels “are not equipped to serve as technical hospitals”, a number will be “open to serving as lodging for those affected by or assisting with the crisis.”

There are a copious number of city independents also deserving our gratitude. Five-star Kimpton Fitzroy, for example, offered a complimentary breakfast or lunch to NHS staff, while the Town Hall Hotel, a luxury hotel with a Michelin-starred restaurant in Bethnal Green, is dedicating all bookings to NHS workers. Native’s London, Manchester and Glasgow aparthotels are likewise closed to the public and granting rooms to key workers and medical staff in need of a place to stay.

Claridge’s, one of the capital’s most esteemed five-star hotels, is closed for the first time in its illustrious 200-year history yet has recently opened its rooms to 40 doctors and nurses working away from home. Hotel staff also deserve our thanks; many are voluntarily giving up their time to accommodate and feed our hardworking medical professionals. 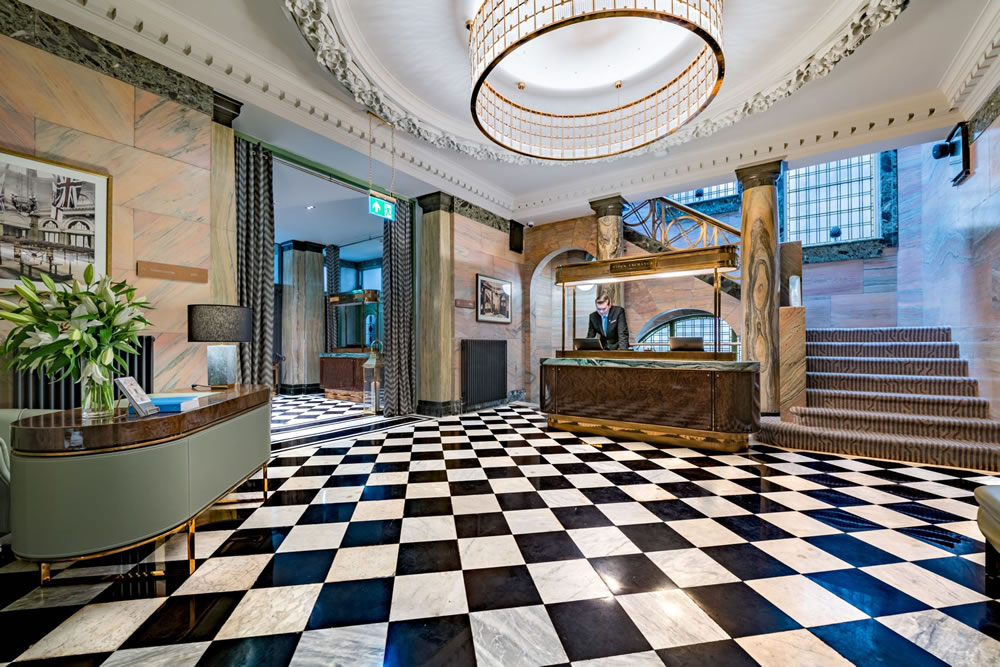 In Manchester the Stock Exchange Hotel, a newly opened luxury hotel co-owned by ex-footballers Gary Neville and Ryan Giggs, remains fully staffed so that NHS workers can stay free of charge. Neville encourages cooperation in this time of crisis: “The whole of our industry needs to show solidarity.” A similar goodwill gesture has been made by Kents Hill Park in Milton Keynes, which has made its 138 beds available to vulnerable persons such as the homeless.

Countless more names in luxury travel could be cited – top yacht-building companies such as Ferretti Group and Groupe Beneteau, for instance, are donating medical supplies and protective masks – and new stories of admirable relief contributions arise day by day. If we can be sure of anything, it is that this international crisis calls for partnership and public-spirit, and those serving within luxury industries are readily demonstrating this in selfless and commendable acts of goodwill.

Image credit at the very top of the article: josefkubes/Bigstock.com via luxurylifestylemag