When it comes to combining one’s passions with travel, there are many exciting ways in which this can be achieved, from taking a food tour of Italy to attending the Olympics in Tokyo to visiting the setting of your favourite movie. You don’t necessarily have to be a film buff or love a movie to be inspired to travel to a stunning location, it may be that you were sold on a place by its sheer beauty alone. Films can open up your eyes to the splendour of a place you may never have previously considered travelling to, much like the TV series Game of Thrones has done for Dubrovnik, Iceland and Northern Ireland in recent years.

Whether travellers are heading to find a specific sight, to visit a preserved film set that now operates as a tourist destination or to simply enjoy an essence of a movie that was inspired by a certain place, there is no denying that the relative ease of travel in recent years and the growing enjoyment of movies in the entertainment industry has led to a surge in film tourism. Whether visitors are booking their trips based solely on this fact or they are hoping to incorporate a sight or two into their holiday that arms them with memories and experiences they are unlikely to forget, there is no doubting that combining the passions of film and travel is a match made in heaven.

There’s nothing quite like feeling as though you’re walking in the footsteps of your favourite characters or discovering the natural beauty of a place you never even knew existed until you saw it on the big screen. In light of this, we take a look at some of the locations across the globe that have seen a surge in tourism thanks to the movies. 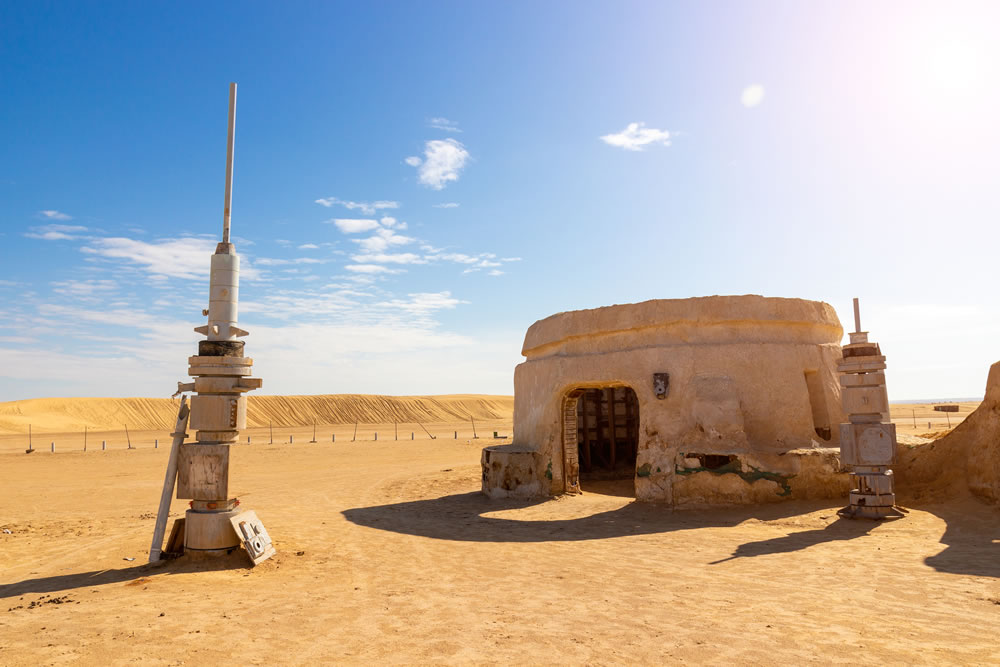 With an estimated $42.2bn in merchandise sales and $10.3bn in box office sales, the Star Wars films come out on top as the leading movies based on merchandise sales, and it’s no surprise with all of the gear that you can buy to make you feel like you’ve stepped into Luke Skywalker’s shoes. But did you know that you can do this in real life? Luke’s home for his early life was the desert planet of Tatooine and the place where he first meets R2-D2 and C-3PO, beginning his adventure from farm boy to Jedi, and George Lucas shot much of these scenes in Tunisia.

Though many locations around the world have been used to film parts of the movies in the franchise, it is Tunisia as the fictional Tatooine that stick out for many. The ferry port town of Ajim and the Hotel Sidi Driss (Luke’s childhood home) will be the most notable spots than fans will want to travel to immerse themselves into the movie.

New Zealand – The Lord of the Rings and The Hobbit trilogies 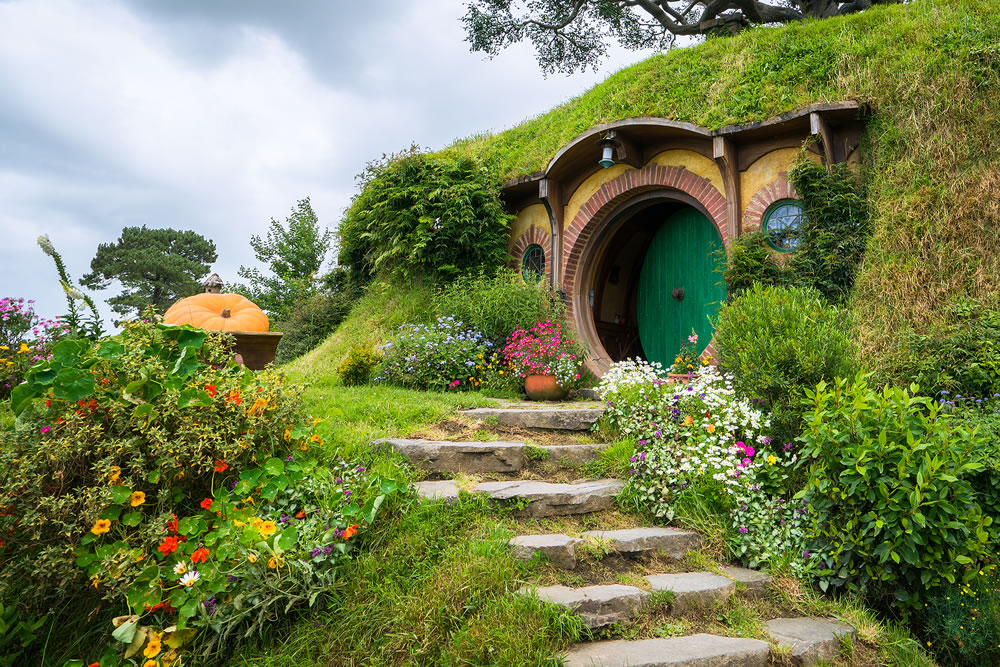 Hobbiton was located in the center of the Shire in the far eastern part of the Westfarthing. Image credit: World Image/Bigstock.com

Director Peter Jackson used his inspiring homeland of New Zealand to film the Lord of the Rings trilogy using the stunning scenery and diverse landscape to portray Middle Earth in these films and the later Hobbit trilogy too. The trilogies always begin with a hobbit about to head off on some sort of adventure and end in the comfort of their home of Hobbiton. Many travellers who have made the trip to New Zealand will have no doubt enjoyed the vast and varied terrain of the country, but will have surely popped along to the Hobbiton movie set to step in the shoes of Frodo and Bilbo too.

The movies play a big part in the country’s tourism and have opened up the eyes of many to the natural beauty of this place. 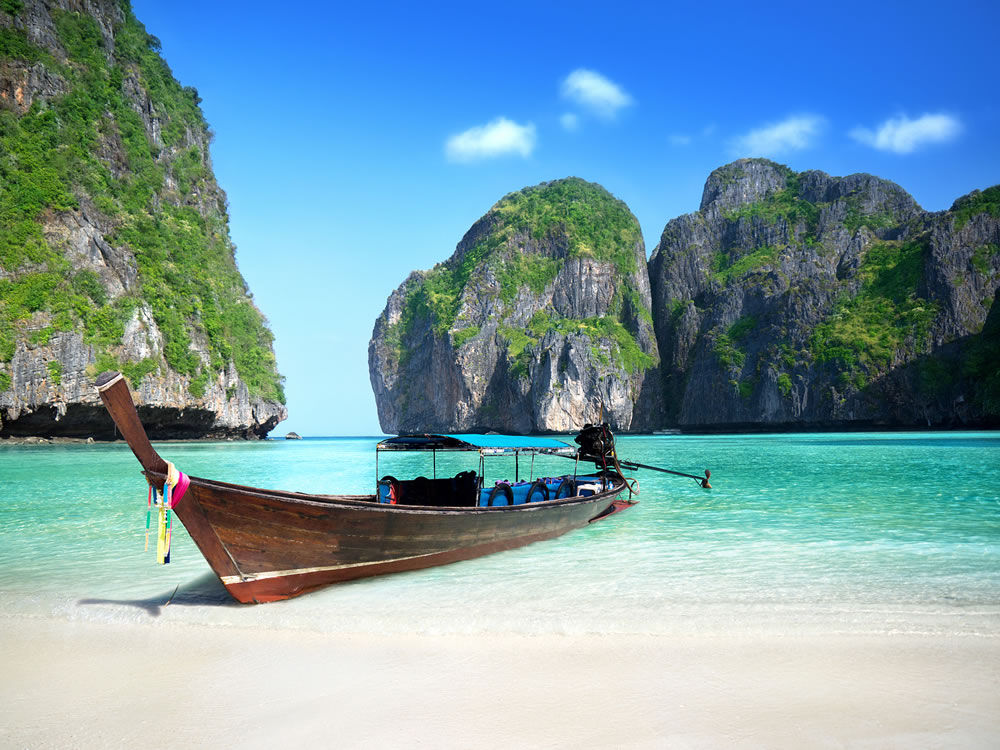 Despite the not-so appealing storyline at times, Danny Boyle’s 2000 film, The Beach, based on Alex Garldan’s book of the same name, highlighted the magnificence of the Phi Phi Islands in the Andaman Sea off Phuket in Thailand. Where paradise appeared to come alive on screen, the uninhabited island of Ko Phi Phi Leh and Maya Bay showcased the green blue waters, white sand beaches, lush surroundings and the seclusion one could only dream of escaping to.

Leonardo Di Caprio’s character did a wonderful job of taking viewers to the natural beauty of the locale and sharing in the awe of what it would be like to visit for the first time – and he certainly inspired many to make the trip too. Despite revenue of almost £10 million a year, a surge in tourism became too much for the ecosystem and resulted in the beach being closed in 2018 due to environmental damage and is not due to reopen until at least the middle of 2021.