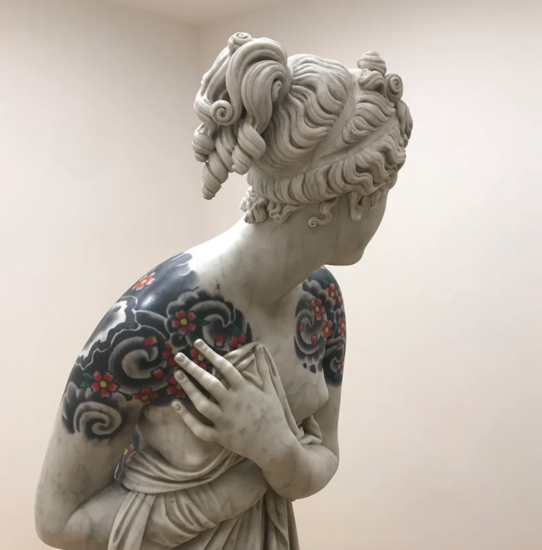 Born in 1975 in the nation’s third largest province known as Cuneo, Italy, artist Fabio Viale is revered for his awe-inspiring and jaw dropping work as a marble sculptor. Kickstarting his career at the tender age of 16, Fabio has dedicated his life to learning the secrets of his trade through close-apprenticeships with practicing craftsmen whilst schooling at Tunin’s very own Academy of Fine Arts. 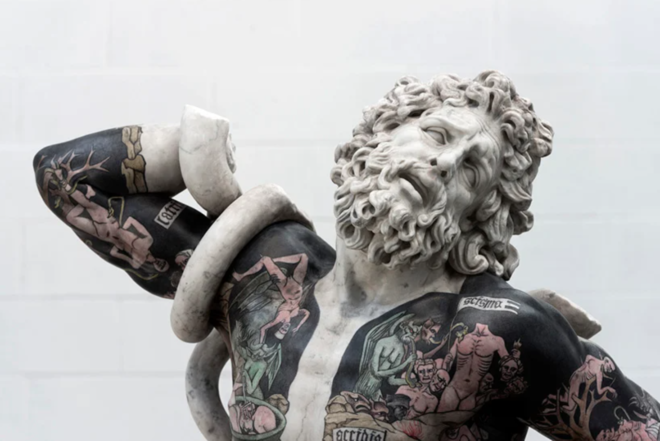 Propelling to fame at an unimaginable rate, Fabio Viale’s work has since evolved from producing architectural design components and statues for the monumental cemetery of Milan, to increasingly contemporary projects. 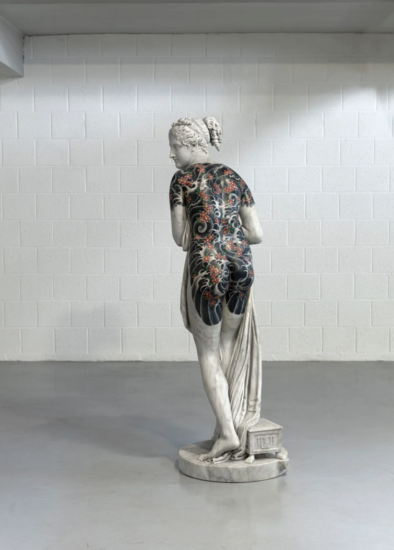 Debuting his first independent project in 2013, at the Sperone Westwater Gallery in New York, Fabio Viale showcased the world’s first ever fully functioning and floating marble boat – an invention which has earned him the most important recognition for contemporary art in Italy, known as the Cairo Prize. 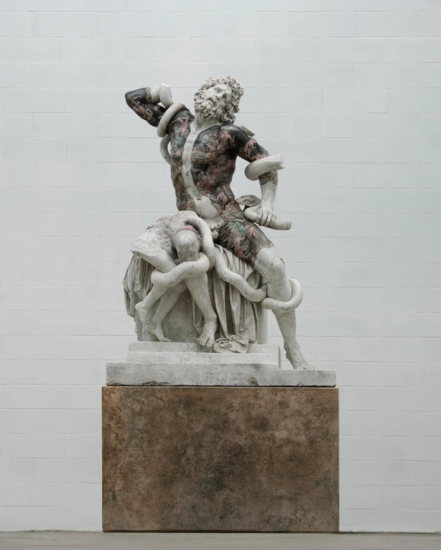 Since then, the Italian sculptor has continually blessed our sights with a refined, cultured, eccentric, and extraordinarily contemporary approach to the historic art form, which he interprets in a very personal language. Provocative where necessary, Fabio Viale is often found highlighting discrepancies, displacements and fractures, whilst creating hyper-realistic final products. In his distinct and arguably controversial series of tattooed marble sculptures, the artist not only illustrates the seven deadly sins, but showcases meticulous attention to detail, whilst injecting each colour layers-deep into every statue, in a manner similar to that of a real tattoo. 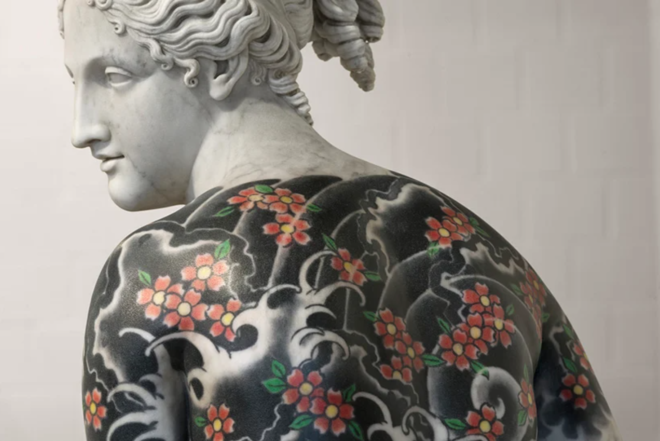 “When I decided to tattoo the marble, I realized that it was very important not to paint it, but being able to make the colour penetrate into the porosity that is proper to this material. only in this way I could reach the effect of the tattoo on human skin in the most realistic way. experimenting with colours and surfaces: this was the beginning that then led me to a wise mix of texture and colour chemistry.” – Fabio Viale. Through the heavy improvisation of new tools and processes, Fabio Viale worked in close collaboration with an array of chemical professionals, in an effort to obtain maximum results within a shortened time frame. His overall project thus aims to provoke both gasp and wonder when admiring the classical beauty and inherent hardness of sacred and profane, criminal tattoos.