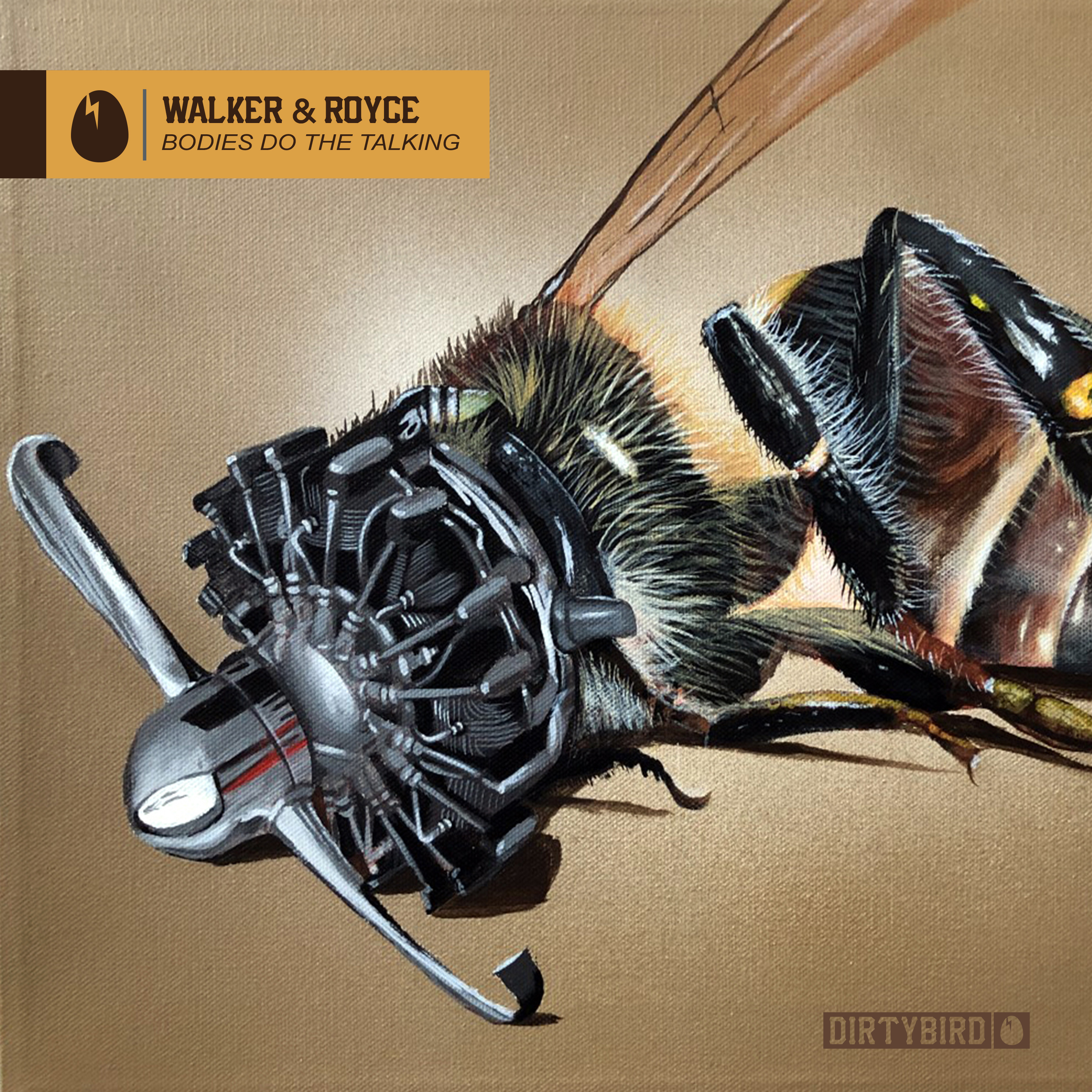 Signed by Damian Lazarus to Crosstown Rebels in 2011, the dynamic duo Walker & Royce have been steadily climbing the deep house ranks with their abilities to create outside of the box material, dedication to pushing musical boundaries, and fill a room with booty-clapping beats. Samuel Walker and Gavin Royce return today with Bodies Do The Talking, a two-track release on Dirtybird Records that represents the duo’s first solo release on the imprint since their standout 2017 album, Self Help.

Bodies Do The Talking is being promoted as a “double A-sider,” with “both of its tracks designed for peak time play.” Double-A-sided singles have no overarching title. Usually, you can’t say for certain whether the release was intended to be promoting one track over the others. Yet, when it comes to this new Walker and Royce EP, its title track has seen significantly more play since being dropped at last year’s Dirtybird Campout. “Bodies Do The Talking” has been played by at least one DJ at every festival I have attended this year. Papa Claude dropped the track during his cosmicMEADOW set at EDC, it has seen lots of love from legendary Radio 1 presenter Pete Tong, and has been added to podcast playlists by both Jauz and Valentino Kahn. Starting off on a mellow note before synth lines and lo-fi textures take the track into its pounding percussion, “Bodies Do The Talking” is a banger.

However, having heard the title track so many times over the past year I found myself playing the EP’s second track, “Uh Oh,” more often than its better-known brother. With consistently paced beats and cool analog buildups to keep the track from being monotonous, “Uh Oh” is a groover that is really nice to have playing in the background when you need to get things done. So I guess you could say this EP has both a Festival A-Side and an At-Home A-Side.

Check it out below, out now via Dirtybird!/ youredm

Mya Shows off Wedding In Video for New Single “The Truth”