The 1967 Jaguar Pirana is a special concept car. When LUXUO says special, we mean that when the Daily Telegraph, Britain’s leading publication, approached Jaguar with the idea and the concept car was born from the fertile imaginations of its top automotive journalists – the Jaguar Pirana was designed to as the ultimate dream car.

In essence, the Jaguar Pirana itself takes inspiration from the beloved Jaguar E-Type (show us a car journalist who doesn’t love the E-Type and we’ll show you a scientist who doesn’t believe in climate change), Daily Telegraph Editor John Anstey and staff then approached Bertone to create the elongated bodywork of the concept car formally known as the Jaguar Bertone Pirana Coupe. 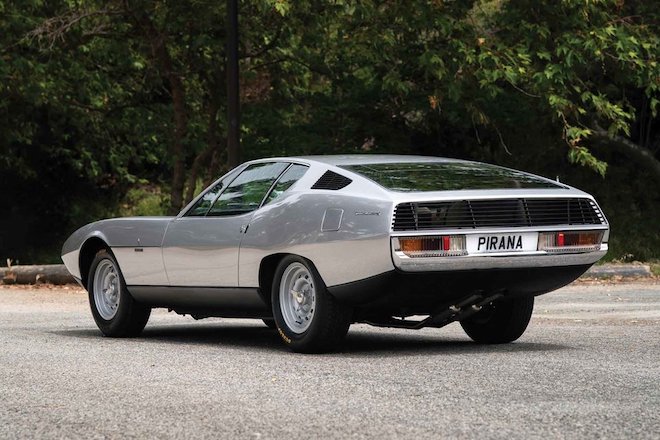 Manufactured exclusively as a concept for display at the 1967 Earls Court Motor Show, the Jaguar Bertone Pirana was never intended to be a production model but far from a mere “shell on wheels”, the gorgeous coupe is a fully operational vehicle built with the chassis, powertrain and engine of the 4.2 litre 2-plus-2 E-Type provided by Sir William Lyons (Mr. Jaguar himself). 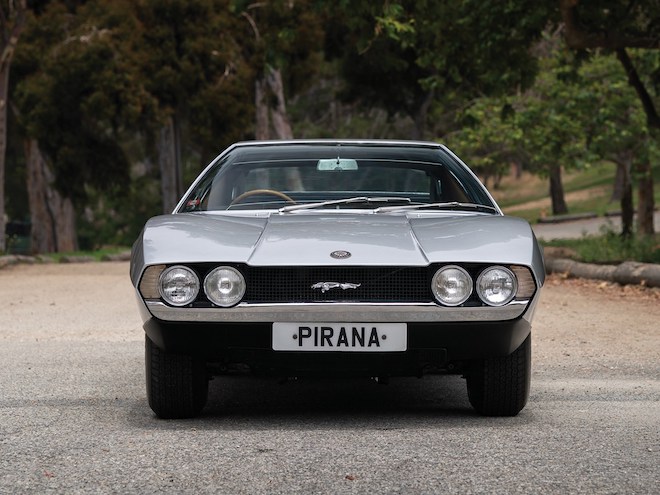 With an unheard of budget of 20,000 GBP (approximately $371,000 in today’s dollars), the dreamers at the Daily Telegraph eventually persuaded the legendary Nuccio Bertone of Carrozzeria Bertone in Turin, to design and build the coachwork. what results is a sophisticated, beautiful 2+2 GT coupe powered by a 4.2-litre straight-six built with a myriad of immediately available components (as specified by John Anstey) including the wheels from a Jaguar D-Type.

Styled by the famed Marcello Gandini, designer of the Lamborghini Miura, the unique steel semi-monocoque body of the Jaguar Bertone Pirana is unmistakable and combined with Bertone’s luxurious interior (bespoke materials likeConnolly Brothers leather and Triplex special Sundym glass for the windscreen and rear glass), the classic Jaguar was incredibly well received at not just the London show with throngs of crowds turning up at the  New York City car show and then at the British Motor Show in Montreal to view the bespoke automotive wonder. 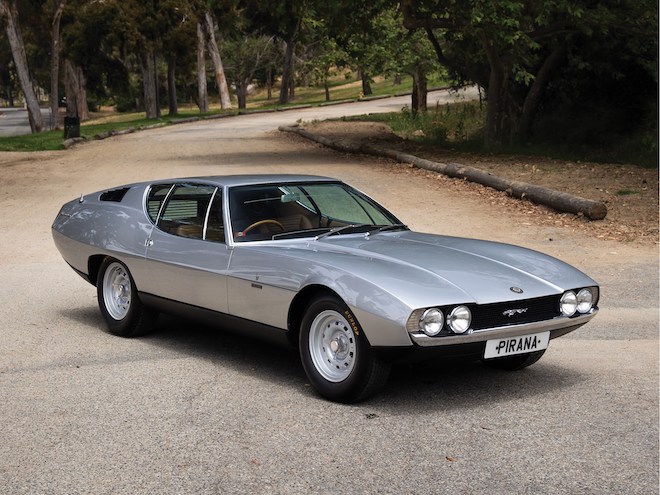 The 1967 Jaguar Pirana was finished in time for the London Motor Show at Earl’s Court. The Daily Telegraph eventually sold the model for 16,000 GBP to “recoup costs” and it seemed to disappear for the next 40 years before finally surfacing recently. Over the years, the 1967 Jaguar Pirana was converted from a manual transmission to automatic and two-seater to 2+2 GT before being brought back to its original specification for the sale. It is said that Gandini himself was so inspired by this work that he would take many of the design ideas and implement it in the production model Lamborghini Espada a year later.