Colour Pop Mint to Be 9-Pan Pressed Powder Palette ($12.00 for 0.36 oz.) is a new, nine-pan palette featuring a mix of aqua and green shades. The palette included five matte shades and four shimmers. The mattes had good pigmentation and were fairly blendable with Chill Factor being firmer/stiffer (which I don’t find common for the brand, so it was unexpected) and harder to work with. The shimmers were more loosely-pressed, which made them harder to apply dry, but for those who tend to apply with a dampened brush or fingertips, they would be easy to work with. 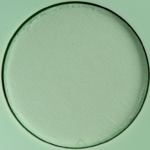 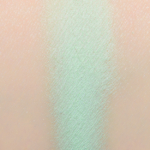 Get Fresh is a light-medium aqua-green with subtle, cool undertones and a matte finish. The consistency was soft, more substantial but somewhat powdery, so I’d recommend using a lighter hand and tapping off excess to avoid fallout. The eyeshadow itself applied quite well to bare skin and managed to maintain its near-opaque coverage even as I blended out the edges. It wore well for eight hours before fading was apparent.

Mintea is a brighter, light-medium green with subtle, warmer undertones and cooler-toned shimmer. It had semi-opaque color coverage that was buildable to full coverage if applied with a dampened brush or fingertip. The texture was more loosely-pressed and had a fair amount of excess product that kicked up when I worked with it, which led to some fallout during application if I wasn’t careful. It stayed on nicely for eight hours before fading noticeably. 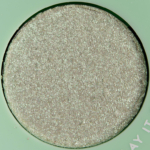 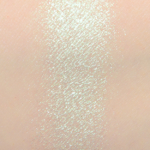 Play It Cool is a very pale green base with cooler green and warmer green pearl throughout. The texture was drier to the touch and seemed to have more of a transparent base, so it seemed more medium to semi-opaque coverage–it had a strong sheen, though, so it often seemed more pigmented in practice than it really was. It lasted well for seven and a half hours before fading a bit. 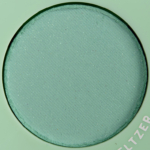 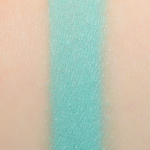 Seltzer is a bright, medium-dark blue-leaning aqua with cool undertones and a matte finish. It was richly pigmented with a soft, velvety texture that was more substantial so while it had a touch of powderiness in the pan, it applied evenly and didn’t sheer out too readily. It wore well for eight hours before fading was apparent. 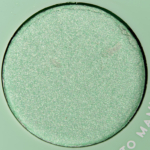 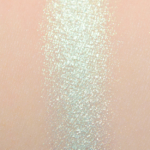 Mojito Mami is a bright, very light aqua with subtle, cool undertones and warmer, greenish-gold shimmer that gave it a more metallic finish. It had nearly opaque pigmentation but the more loosely-pressed texture resulted in some fallout when I used a dry brush with it. The product was easier to apply and manage when using a dampened brush or a fingertip as it allowed for a more even layer of product and minimized fallout. This shade stayed on well for eight hours before I noticed signs of fading. 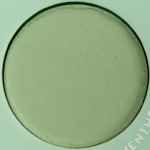 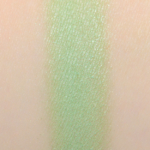 De Menthe is a brighter, pastel green with subtle, warm undertones and a mostly matte finish. The texture was soft, lightly powdery with some excess product that kicked up in the pan (use a lighter touch to avoid that). It had good color coverage that sheered out slightly when applied but was buildable to opaque coverage with a second layer. It lasted nicely for seven and a half hours before fading noticeably. 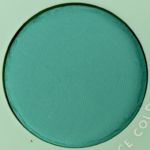 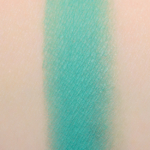 Ice Cold is a brighter, medium blue-teal with subtle, cool undertones and a matte finish. The eyeshadow had nearly opaque pigmentation in a single layer, so it was easily built up to full coverage with less than a second layer. The texture was soft without being too powdery, which ensured that it blended out nicely but wasn’t prone to fallout. It wore well for eight hours before fading visibly. 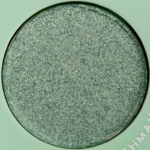 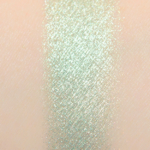 Freshman is a pale green with moderate, warm undertones and a bright, metallic sheen. It applied a few shades lighter than it appeared in the pan, and I think that if it had been truer-to-pan, it would have made the palette more versatile as it could have benefited from more depth.

The consistency was soft, more loosely-pressed but wasn’t prone to fallout. It had nearly opaque color coverage that adhered well to bare skin and blended out without difficulty. It stayed on well for eight hours before fading a bit. 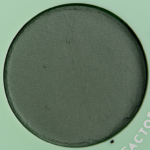 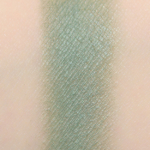 Chill Factor is a muted, light-medium green with subtle, warm undertones and a mostly matte finish. It had a stiffer, firmer consistency that made it difficult to pick up product with a brush, so I had to jab and push my brush against the surface to dislodge product. Once I was able to get product onto my brush, it applied and blended out decently but I’d recommend using it over a primer as it had to be built up to opaque coverage. It lasted well for seven hours before fading noticeably.