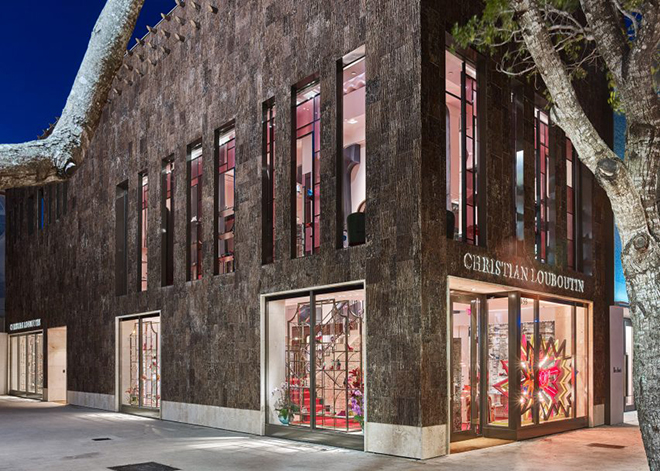 The Christian Louboutin Flagship store in Miami, fully lined with tree bark, is a 3,874-square-foot visual statement that reaffirms the brand’s sustainability efforts. The designer store is a breath of fresh air along the Miami Design District, which is currently a reformed hub for designer boutiques, luxury fashion brands and art galleries. Spread over two levels, the shop occupies the same location as the original store opened in 2009, at a time when the neighborhood was neglected. 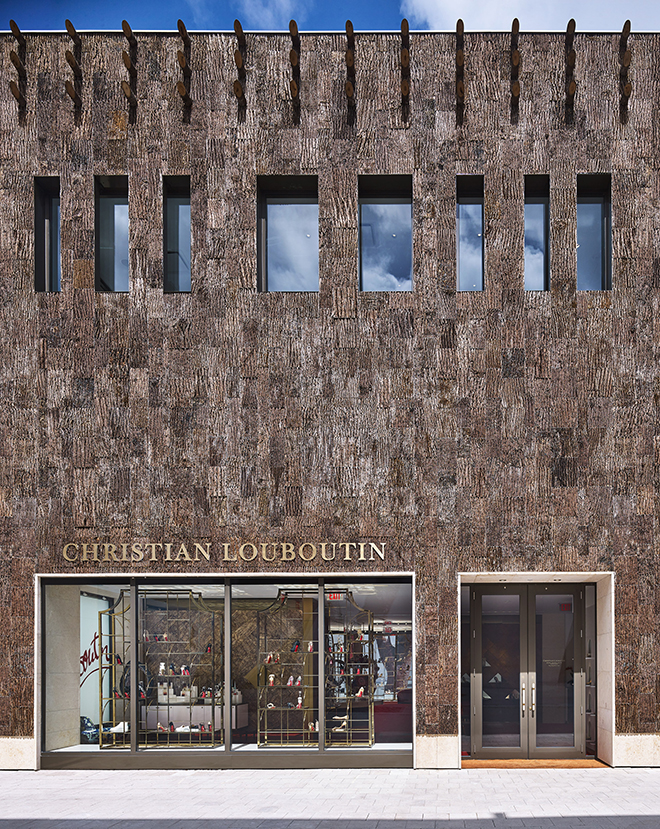 In collaboration with 212box Architecture, the luxury designer is inspired by her French roots to recreate the atmosphere of the Palais de la Porte Doree in Paris. The building was perhaps just one of the many museums in the city, but it marks a milestone for Christian Louboutin, where he first saw a drawing of a shoe. Louboutin stated the following:

“I wanted to reproduce the 1920s Parisian museum ceiling, which will bring that extra Miami light to the interior of the stones.”

In the same way as other fashion brands that made an architectural statement in the area, including Dior, whose shop is lined with curved white concrete panels, and Tom Ford, housed in a concrete shop pleated, Christian Louboutin also launched his project. sustainable store project. According to Eric Clough, founder of 212box, the materials used both indoors and outdoors are “straight out of the library of nature”.

The outside uses poplar bark. Each panel was hand-harvested to leave the tree intact, it was made from 100% renewable solar energy and fully recyclable. The natural element continues inside the store with softer bark walls in white birch, golden birch and with touches of cherry to enrich the luxury facade while serving as a canvas complementary background to Louboutin shoes. 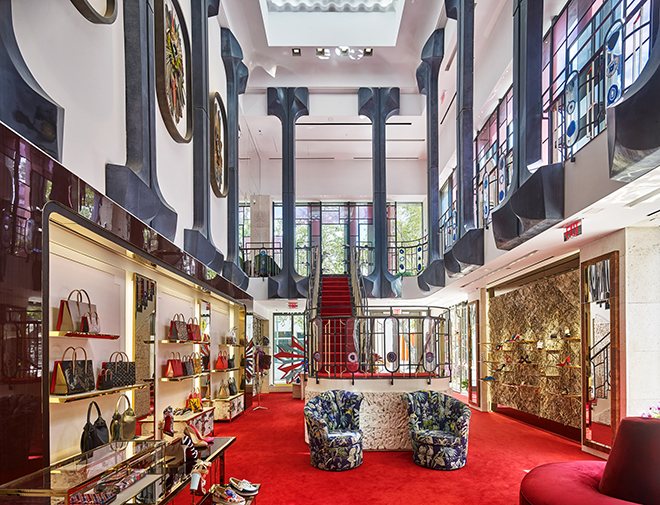 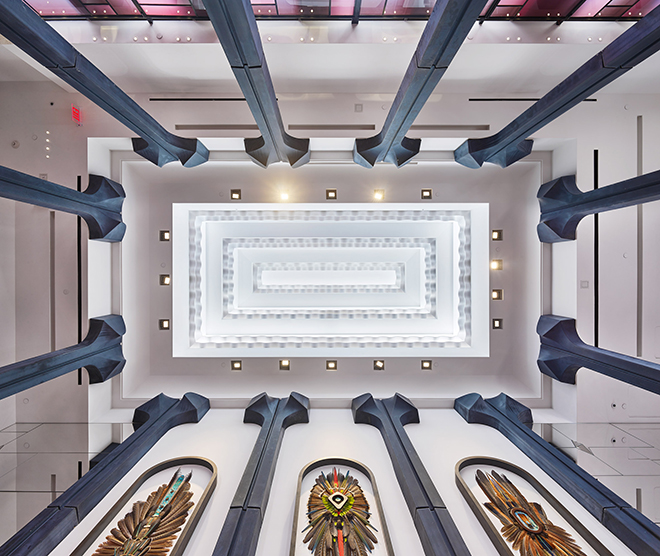 Other design features include the multi-level skylight with a wavy profile that dominates the central double-height space, referring to the Palace of the Golden Gate, or Colonial Museum in Paris, and I-shaped columns used Parisian office building of the 1970s.

Like its collaboration with Germanier in the production of shoes from remnants of leather, this flagship store speaks volumes about Louboutin’s dedicated efforts to preserve the environment. The brand’s effort to create a niche for a beautifully executed sustainable fashion is crucial for consumers to be able to connect to the brand while shopping in their stores.