After a very long winter, we’re all looking forward to the delights that spring may bring. Poland’s cities blend diverse architecture, rich history, and a vibrant culinary scene with beautiful parks and open green spaces. From Warsaw, one of the world’s greenest cities to Katowice, home to a park that dwarfs New York’s Central Park, breathe in a new beginning and kick spring off with a Polish city break. 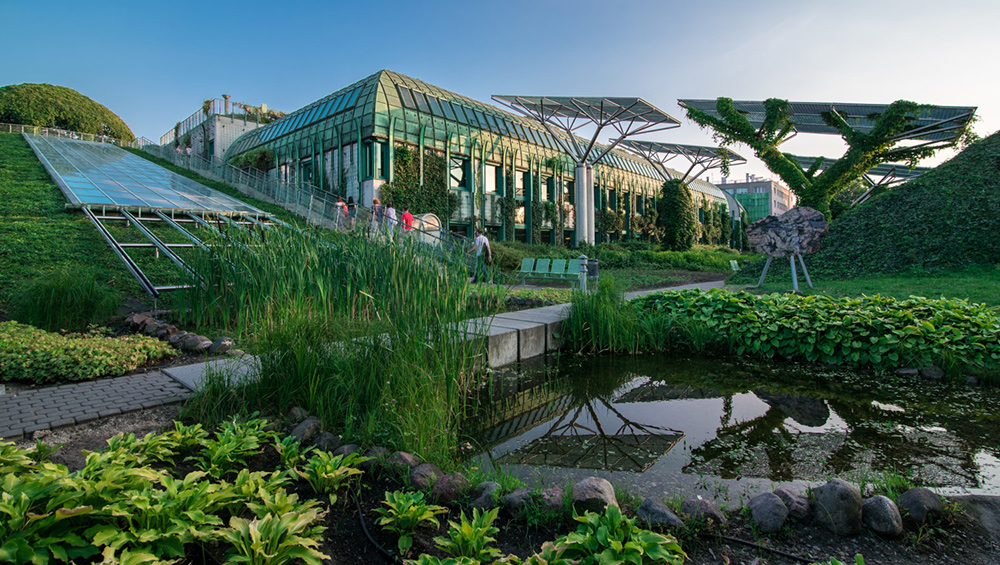 From the hidden rooftop oasis at the University of Warsaw Library to the urban beaches of the Vistula river, Warsaw is the perfect city to combine culture with the emerging spring greenery. Home to over 90 parks and green spaces that cover 25% of the city, escape the hustle and bustle of the city’s UNESCO Old Town and enjoy views from one of Europe’s largest roof gardens, covered with over 120 plants, before exploring the University of Warsaw Library’s beautiful architecture.

The promenade of the Vistula River comes alive as temperatures rise, with the left side buzzing with events, bars, foodie treats and river jetties, whilst the right side is a Natura 2000 area and the breeding ground for many endangered bird species. When the sun shines on the city, kick back on the banks of the Vistula River, some of the cleanest urban beaches in the world. 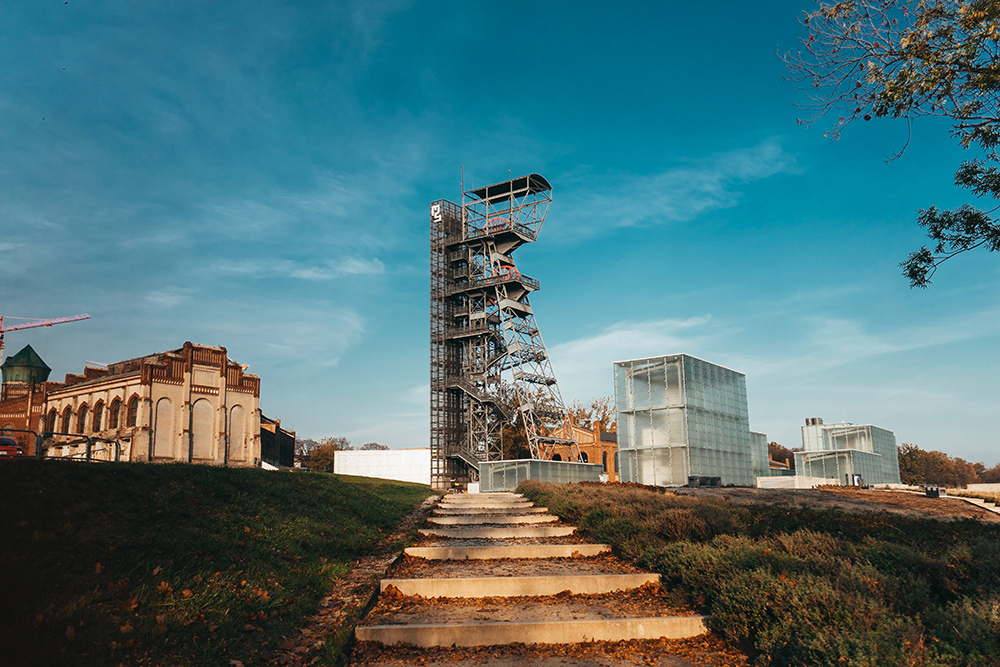 Combining music, museums and a rich mining history, Katowice has embarked on a noticeable metamorphosis over the past decade, breathing new life into its urban space whilst continuing to celebrate its industrial heritage. Culture is the lifeblood of Katowice, recognised by UNESCO as a Creative City of Music. As concerts return to the country, be sure to book tickets for the crown jewel of the city’s musical scene, the Polish National Symphony Radio Orchestra.

Equally important to the city, especially in spring, is the greenery that accounts for half of Katowice’s area. Wander through Murckowska Forest and get lost amongst the centuries-old beech trees, enjoy the therapeutic aromas of Kościuszko Park’s flowerbeds or kayak around the Valley of Three Ponds. Last, but by no means least, is the sprawling Silesia Park, a post-WW2 wasteland turned 620-hectare urban super park, with 3.5 million trees and shrubs planted during its re-development.

Springtime sanctuaries – seek out the ‘pocket parks’ of Krakow 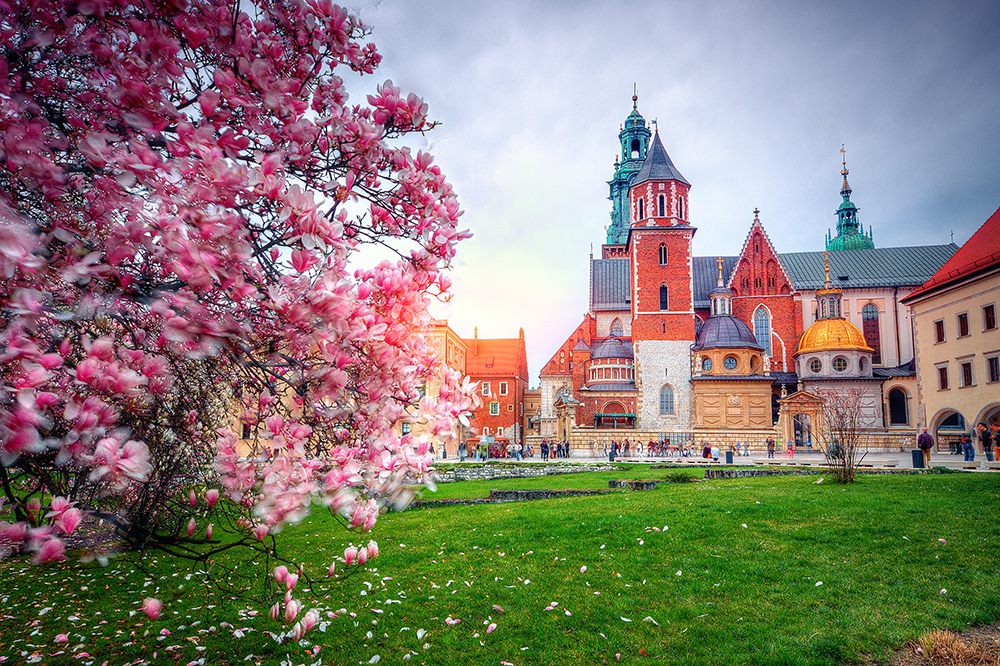 Poland’s cultural capital is packed with authentic experiences and green spaces. Stemming from a recent initiative, ‘pocket parks’ have popped up all over the city to increase the amount of urban greenery on offer. Since 2018, over 18 of these parks have been created across 18 districts. From the first ‘Butterfly Park’ in Europe to literature and technology themed parks complete with air filters and charging ports. You’re never more than five to 10 minutes from a peaceful escape from the buzzing city.

Looking for something bigger? Wolski Woods, the largest forest in Krakow boasts 422 hectares of beautiful greenery and includes stunning views of the city from Sowiniec Hill, zoo and nature reserves, eight walking trails and biking and equestrian trails. Located in the western part of town, you can easily switch things up from sight-seeing to some springtime fun without straying from the city limits. 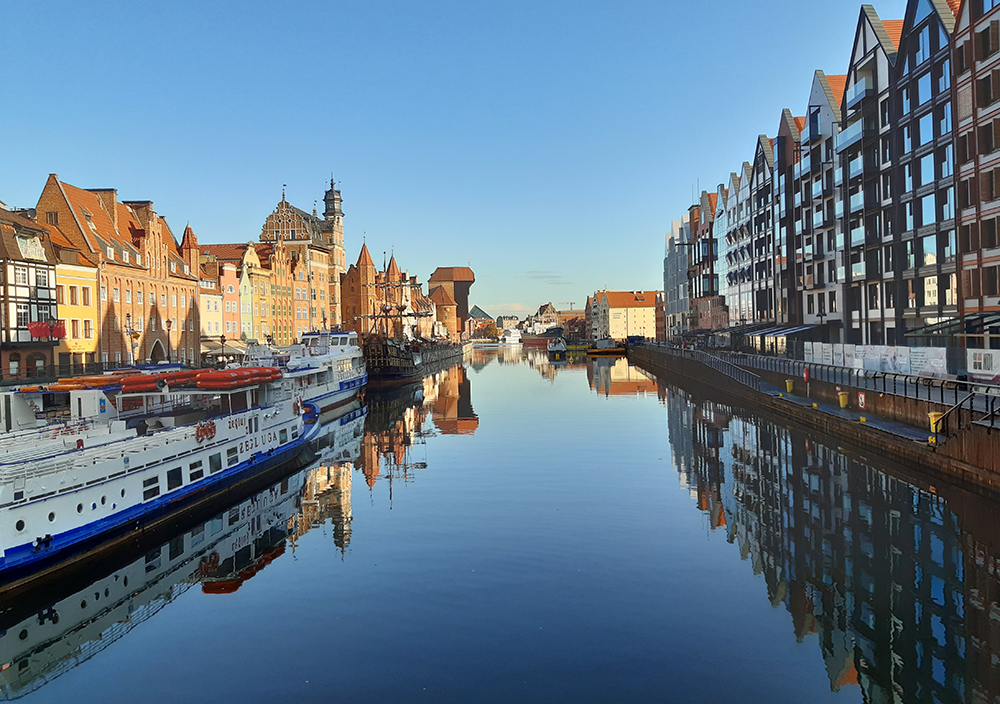 Poland’s ‘Amber City’ is a Baltic Sea gem, made up of riverside restaurants and bars. It’s also one of the most culturally significant cities in the country. Enjoy seafood in the sun beside the riverbanks that are hubs of activity in the warmer months, wander through the famous local amber shops or stop for a drink or two in the shadow of Neptune’s Fountain. This coastal city comes alive when the sun is shining.

Just a 15-minute train ride from the city is Sopot, known as the ‘Polish Riviera’. Discover white sandy beaches without the usual crowds of summer, take in the calming Baltic Sea waves from the promenade (Europe’s longest) or bike through the town’s collection of pretty houses. A perfect springtime detour from the nearby city.

Boat rides and park hopping in the Venice of Poland, Wroclaw 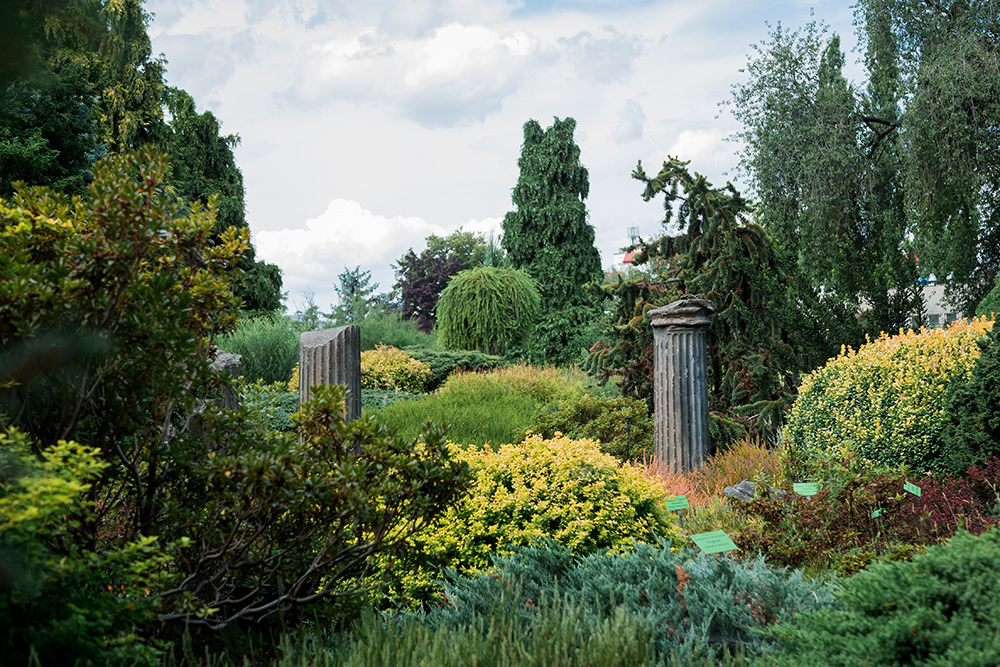 Affectionately known as the ‘Venice of Poland’, Wroclaw consists of 12 islands separated by interweaving rivers and hundreds of connecting bridges. Having been named the 2016 European Capital of Culture, Wroclaw offers a wonderful contrast of cobbled streets lined with pretty pastel-coloured buildings, beautiful botanical gardens and a surprisingly lively bar scene. The city also features 44 breath-taking parks, including the 16-hectare Szczytnicki Park which dates back to 1783. The best way to take in this picture-perfect city in the spring is via boat as you gently weave down Wroclaw’s many waterways.

Looking for a quirky edge to your spring getaway? Book a table at Piwnica, Europe’s oldest restaurant or try your hand at gnome hunting. Originally an anti-communist art movement, there are now over 400 bronze protectors hidden throughout the city just waiting to be discovered.