For 2020, one of Blancpain’s most iconic collection pairs the purity of its Villeret line with the en vogue hues of verdant blue on a brushed sunburst-finished dial. Available in a case of noble red gold, the blue Villeret Quantième Complet and the blue Villeret Ultraplate form the flagship duo of Blancpain dress watches – high on a quotient of elegant purity and deep with the know-how birthing such technical sophistication.

The latest Blancpain Villeret Quantième Complet enriches the story first begun in 2002, there’s no GMT indication this time, instead its cerulean face with the radial pattern of fine decorative lines plays up the classic timelessness of the Le Brassus brand’s flagship complication: a harmonious layout of complete calendar and moon phases featuring twin window apertures indicating the day of the week and month at 12 o’clock, mirrored by a crescent window poetically showcasing its joyous moonphase/face, framed by a calendar ring. 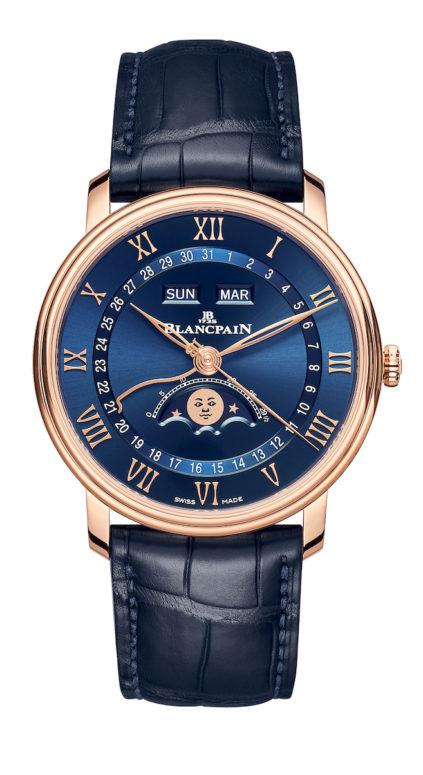 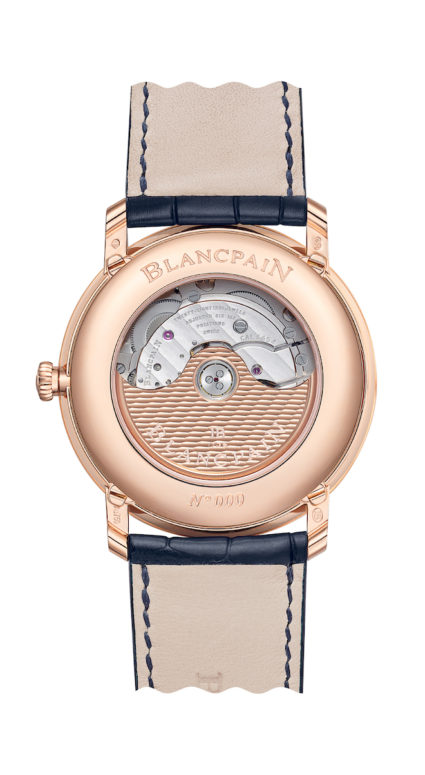 Three exquisitely finished red gold hands, indicating hours, minutes and seconds, and one splendid serpentine date pointer – a throwback to the bygone era before the “date disc” when a well executed “pointer-date” was arguably the more legibly elegant solution that didn’t disrupt the dial’s aesthetic balance – a symbol of a more civilised age. (In case you are wondering when we moved away from that system of date indication, Rolex invented the date disc and window system in 1945).

Driven by the calibre 6654 triple calendar movement innovatively inured from user mishandling and maladjustment, protecting it from improper use or adjustment of the functions: Patented under-lug correctors set the blue Blancpain Villeret Quantième Complet apart from its other triple calendar dress watch counterparts featuring patented under-lug correctors rather than recessed push pieces set within the mid-case requiring pusher tools (where errant slippage might accidentally blemishing the polished case). 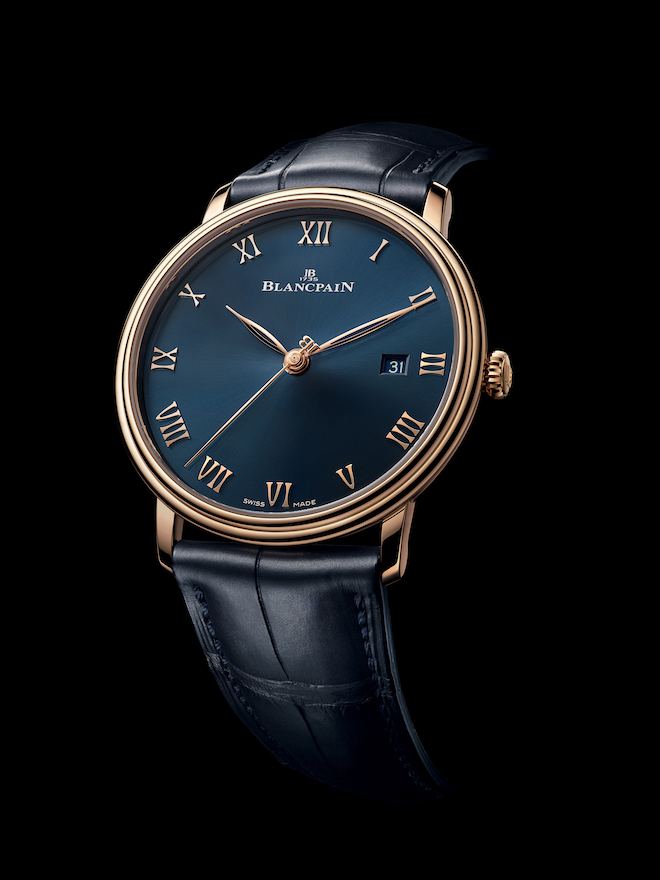 For the Purist: Blue Villeret Ultraplate

Complementing the immaculacy of the latest blue Villeret Quantième Complet is the face of absolute clarity – the matching Villeret Ultraplate. Slender hour, minute and seconds hands dance across a blue sunburst dial with applied Roman numerals crafted in red gold punctuated only for the briefest of moments by the aperture allowing the date disc to show – one wonders if the timepiece could be further refined sans date but this is the stuff of dreams rather than commercial practicality.

The blue Villeret Ultraplate is powered by the self-winding movement 1151 which provides four days of power reserve courtesy of twin series-coupled high-performance mainspring barrels. Like its triple calendar sibling, the hour and minute hands are shaped like cut-out sage leaves, while the seconds hands bear the initials of the House’s founder, Jehan-Jacques Blancpain. 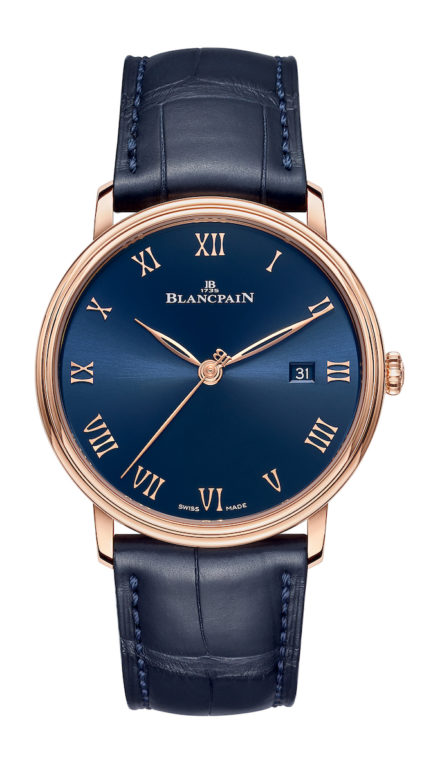