September marks the transition when – in line with the soon-to-be-shifting temperatures – we start thinking about the upcoming months’ trends. Looking at Early Autumn introductions and runway presentations, much of what stretches in front is predictable – casual suits, we’ve got you covered extensively – but others present a wardrobe shakeup, of sorts, in terms of patterns, cuts, and combinations. Here’s what’s grabbed our attention:

Your spots – or perhaps those stripes – are definitely showing. Animal prints, particularly large-scale leopard and cheetah inspired, are meant to take your wardrobe on a swift jaunt through jungle territory. The trend this time around – based upon what we’ve spotted on the runways – is relatively on the nose, and unabashedly picks from past womenswear highlights. Colourways wind through various shades of brown – deep chocolate to golden hues – and very rarely dabble with accents or bright dashes. Rather, Celine and Marcelo Burlon intertwine it with clear feminine influences – sheer fabrics, ruffles, or a pussy bow – while Marni and Versace play up the tactile angle with furry textures. And, unless you’re planning to put it around a collar, leopard is clearly a magnified, maximised print this time around – large scale in size and often spread the full breadth of a trench coat or button-front. 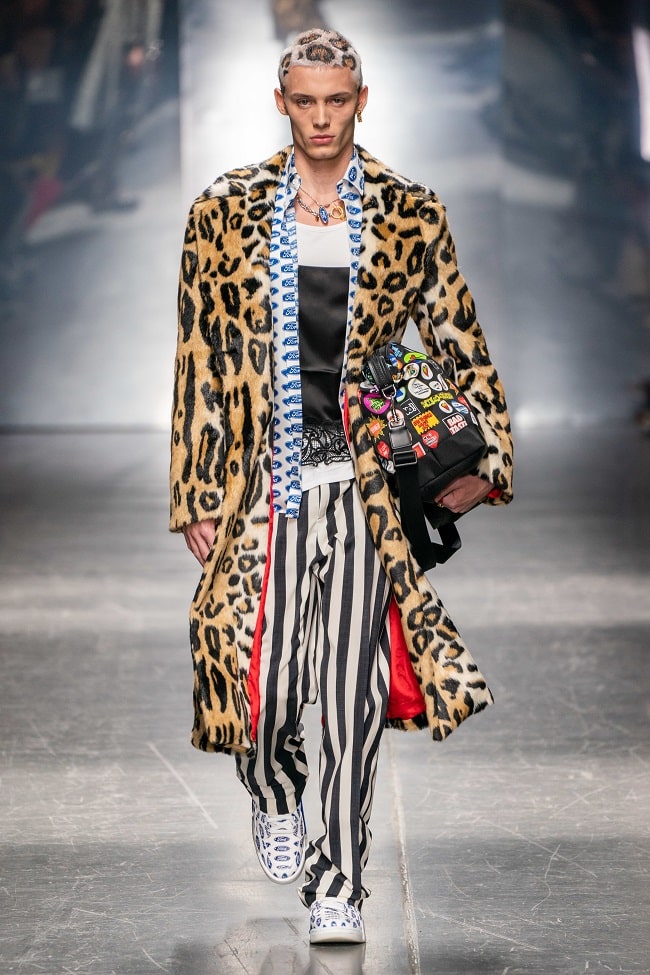 Nothing’s quite as straightforward as a two-piece, and we’re not talking swimsuits. Instead, much-maligned co-ords give you an already-matched top and bottoms, suits – both the formal and more recent casual variety – pull your look together in the classic sense, and double denim rests at a midpoint. Whatever the source of its resurgence – last year’s brief cowboy trend, workwear, or the current adoration of everything ‘80s – matching skinny-to-tapered jeans with a trucker jacket simply requires a T-shirt or button-up, depending upon the occasion, and appropriate footwear. And, unless you’re planning to wear this getup around with a mullet or 10-gallon hat, it presents an alternative that doesn’t involve exaggerating contrasts or worrying about the wash.

Majestic. Mysterious. Excessive. Whatever the adjective, the ubiquitous long coat – in puffer, trench, duffle, and even leather forms – comes across as both extravagant and futuristic, with a bit of gender-bending thrown in. In darker forms, the billowing, belted jacket wouldn’t have been out of place in gothic, apocalyptic-themed pop culture – think the Blade and Matrix trilogies, as well as anime Vampire Hunter D: Bloodlust. Baffled and filled with down, its sleek style all of a sudden morphs into a sleeping bag with sleeves – essentially, as if you’ve got the resources and lifestyle to take comfort wherever you go. Trench and duffle coats, meanwhile, stay slightly truer to form – albeit boxier and extending far past the knee to envelope most of the wearer’s frame. To put it succinctly, it’s a classic trend drawn to exaggerated proportions, much like the oversized, scumbro-esque hoodies we spotted everywhere this time last year. 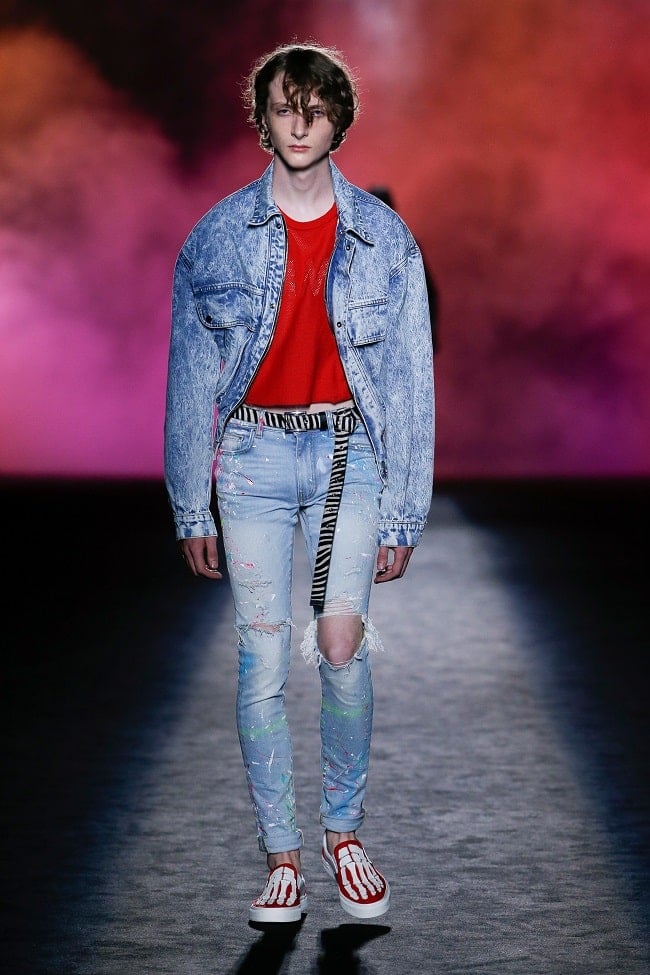 Who’s off to a funeral? Popping into the office in a solid black, texture-free ensemble exudes such sombre vibes, but likely going back to Hedi Slimane’s Celine debut a year ago, this darker-than-charcoal hue has been positioned for a comeback. Even with imitators this season, Slimane has still set the template. To start, take a thinner, cropped approach – think the original Thom Browne suits – but through a ‘70s-garage-via-the-2000s lens – as if Nikolai Fraiture of The Strokes tumble-dried his suits on high. Then, understand that solid hues still come with formal baggage. To shake it off (or get distracted), experiment with new materials – velvet, particularly, has a softer look and touch – and any textures to break up the monotony.

Is That a Blanket or a Scarf?

On the subject of exaggerated silhouettes, scarves give massive puffers a run for their money in terms of excess. Wrapped around the wearer’s neck and draped down both his front and back, the traditional silhouette is often made longer and wider. Innovative materials – puffer construction, in one case – and loud prints invert its status as a staple winter accessory that you’ll just tuck into your jacket. Rather, tassels, loud colours, and chunky knits rework it into a statement item meant to clash with your long (and potentially printed) overcoat. 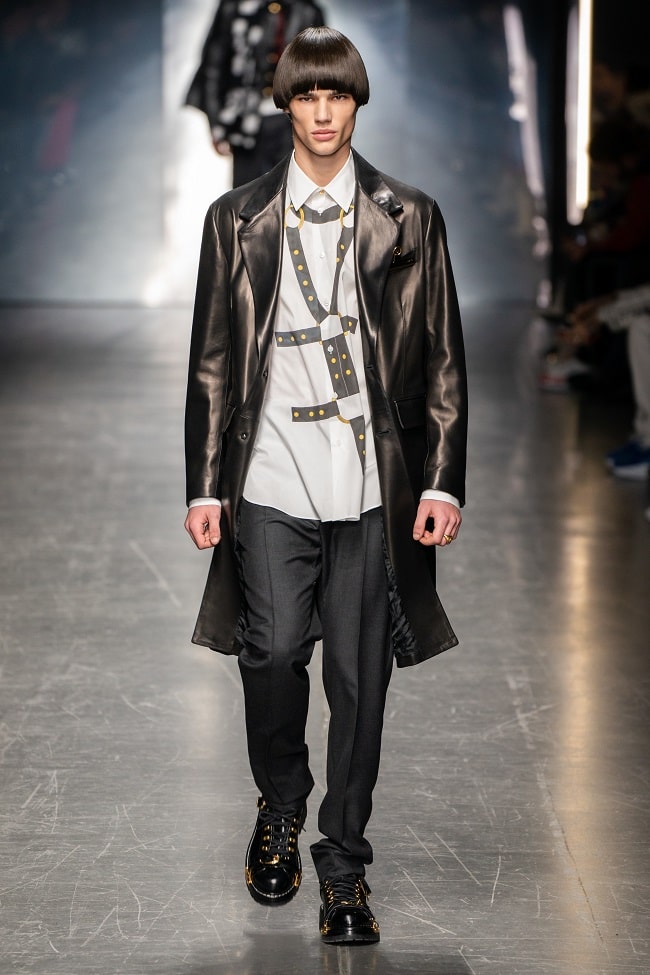 Everything’s looking a bit Day-Glo. Neon shades – electrified lime green, ultra-bright Millennial pink, highlighter yellow, Tang-coloured orange – give it that motel-on-Route-66 vibe that’s then spliced with a bunch of Second Summer of Love nostalgia. Often, these pungent, acquired-taste pops weave in and out of a print – perhaps resembling smoke or graffiti – or their garish nature blindingly wakes up tired two-tone stripes. For the grownup raver in us all, however, the full-on solid shade doesn’t pretend to play modestly or dabble coyly, instead covering everything like a green screen before more variant footage is projected on top. Nothing’s subtle about it, and it’s definitely not meant to be.

We’ve got to admit it: Athleticwear in the ‘90s was far more wearable. It had a bit more substance and edge than the compression tights you might don for that morning run, and this sensation, plus any memories or nostalgia you’ve got lurking around, have paved the way for Champion sweatshirts, joggers, track jackets, and, now, zip-up trousers. Like the Adidas or Kappa styles with snaps or zips along the outseam, this newer version borrows the ease and space that made you wear them undone up to the knee – occasionally with the techy implications of hiking gear. This time around, go about it in a relaxed manner – it’s not like you’re off to football practice – with a wider, swishy fit, and hard shell-like nylon or poly looks that’re made for flapping in the breeze. 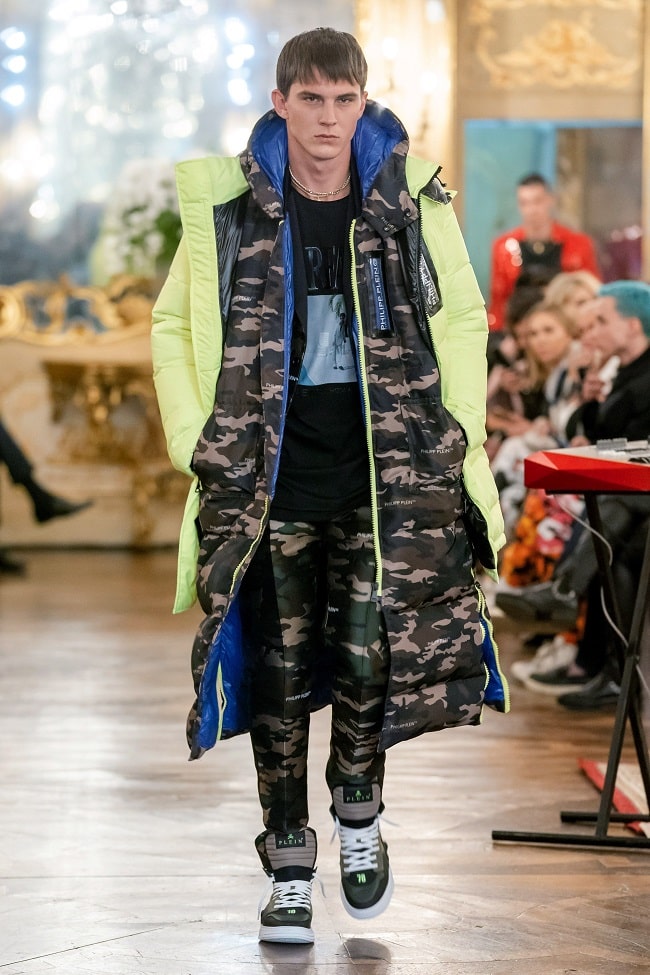