Asia Yacht Agency, headquartered in Phuket, has been appointed as the Central Agency for the 48.3m Azul V, the biggest yacht in its charter fleet. 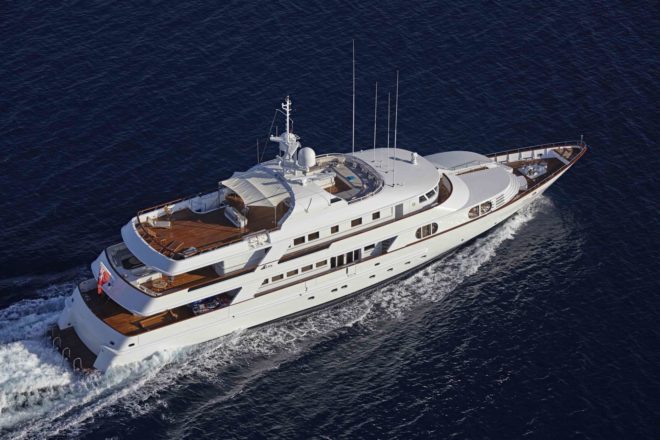 Known as Lady Ellen II until she was bought by her new owner in February, the Malaysia-flagged 158-footer was built by Ferretti Group’s CRN shipyard and delivered in 1996. Paolo Scanu designed the yacht’s exterior, while Francois Zuretti was responsible for her voluminous interior.

Served by 11 crew, Azul V has a flexible six-cabin layout for up to 12 guests that includes a full-beam master suite on the main deck and a similarly spacious full-beam VIP suite on the lower deck. All guest cabins have entertainment centres, TVs and en-suite bathrooms. 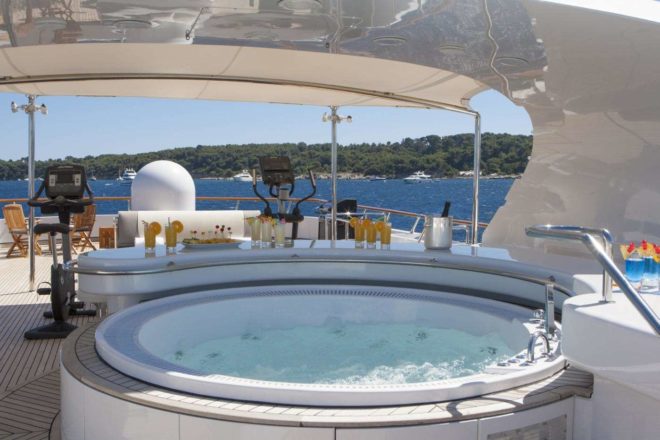 The yacht’s popular outdoor features include a jacuzzi, swim-up bar, sunpads and lounge seating on the sundeck, while the aft main deck offers alfresco dining and a lounging area. 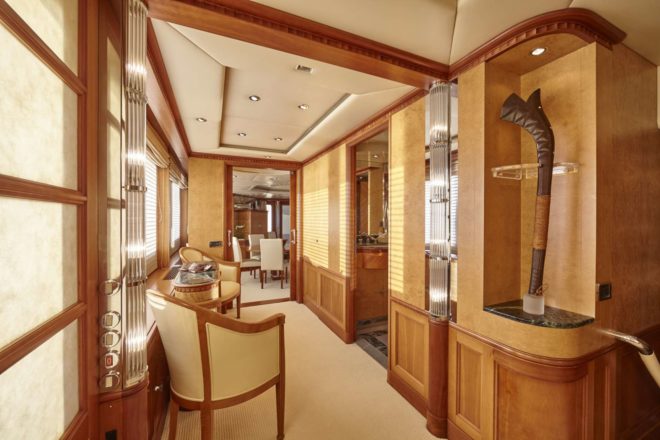 Azul V has a voluminous interior designed by Francois Zuretti

RINA classed and MCA compliant, the yacht has new upholstery in the saloon and has benefited from several refits and upgrades during her life, including a comprehensive two-year rebuild completed in 2015 that earned a commendation in the Rebuilt Yacht category at the 2016 World Superyacht Awards.

As well as its charter business, Asia Yacht Agency is a dealer for Zodiac, Bombard and Aon ribs, has a brokerage division for pre-owned yachts and is a member of the Thai Yachting Business Association, organiser of the Thailand Charter Week.