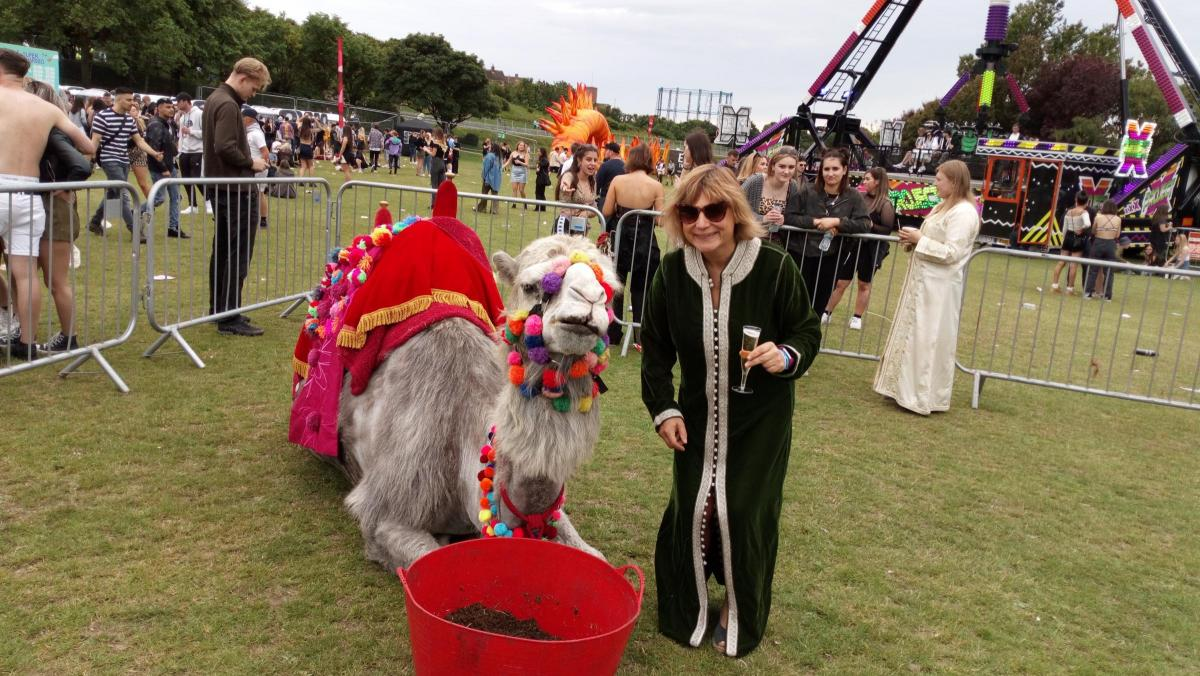 Last month, we heard about the goat that hit up Movement music festival in Detroit. Over the pond, there’s a camel raving it up with his owner as the two take on festivals together.

Kokoso and the owner were recently spotted roaming the crowds at Land Beyond Festival in East Brighton Park. Rebecca Fosset and her daughter head up A J Camels, a company that provides camels for entertainment. Kokoso has been on film sets including Aladdin, and at events in churches and hotels.

Animal activists have stepped in, arguing that music festivals are no place for camels, or really any animals for that matter. With the loud music, large crowds, and hectic lights at at any given music event, it’s hard to argue with concerns — but Fosset and her daughter don’t see the issue.

She claims the “so-called animal lovers” don’t know what they are talking about.

“You do realise camels love drum and bass? They like other music too,” she explains. “Have you ever seen camels listen to jazz? They absolutely love it, they react like humans do.”

In a report from The Argus, Fosset thoroughly offers more from her perspective…

“I was completely shocked at the aggression towards my daughter and we are thinking of taking legal action. And I don’t know if people were particularly aggressive at the festival because they were off their faces, but it was ridiculous.

“At no point was [the camel] under any stress. He was quite happy sitting and enjoying the music. We deliberately put a pen around him to stop festival-goers hugging him too much because that would have stressed him out.”

The other side of this argument, again, is hard to ignore. A spokeswoman from the RSPCA says…

“The RSPCA would have welfare concerns about any animal, including camels, having to appear at a festival. The large crowds of partying people and loud music is likely to be very stressful.”

Source/Photo: The Argus via: youredm

The Weeknd Announces Forthcoming Album With Titular Track “After Hours”

Avicii’s “Wake Me Up” Crosses One Billion Streams On Spotify

Your EDM Premiere: Vincent Antone – No Turning Back EP