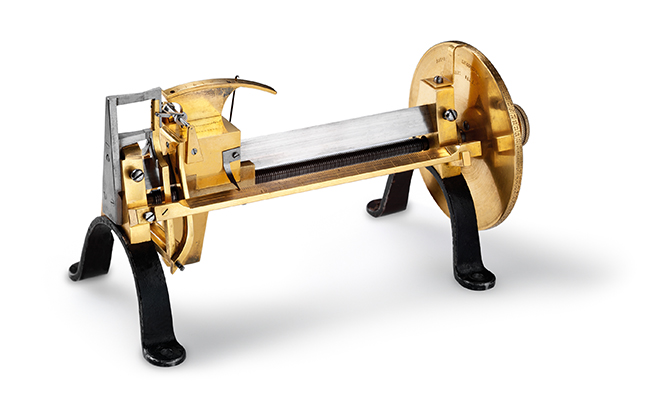 It is a little known fact that Jaeger-LeCoultre was founded in 1833, not so much as a watchmaker but as a maker of highly precise watch components (beginning with the invention of an industrialised process to cut watch pinions from steel). Hence, for 2019, the Grande Maison’s focus on the Art of Precision is a full circle of sorts. The distillation of close to 200 years of precision engineering and manufacturing, of which watchmaking is now the core focus but not originally, is the brand’s raison d’être. 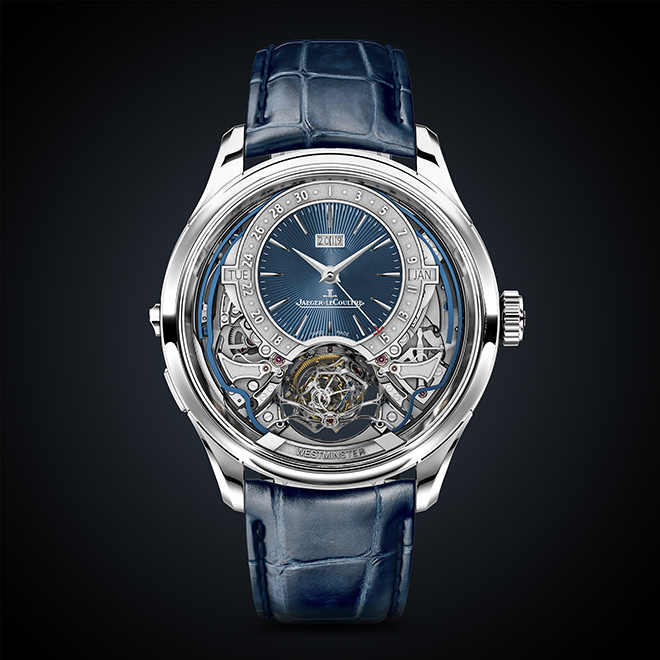 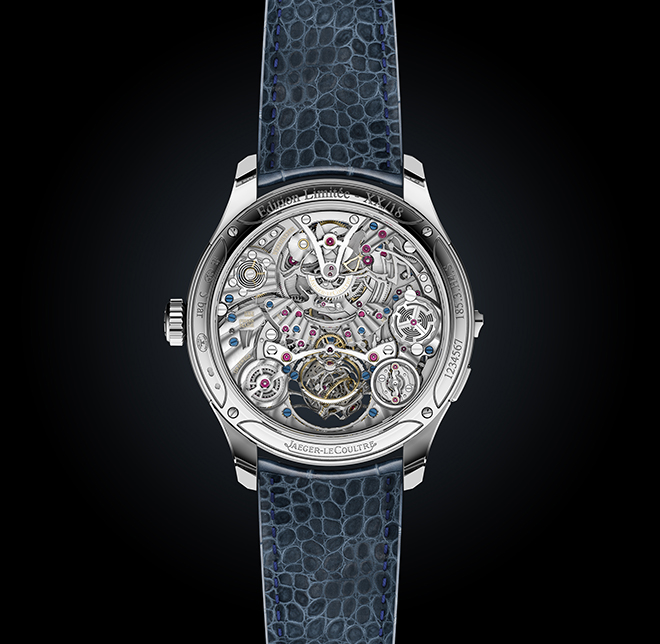 Indeed, Antoine LeCoultre may have begun his journey in horology shortly after his invention, but he never forgot his guiding philosophy of extreme precision. Inventing the millionomètre, the world’s most precise measuring instrument in 1844, he pursued the ability to make watch components with ever exacting tolerances. Speaking to Jaeger-LeCoultre’s new CEO, Catherine Alix-Renier, WOW was keen to understand the Art of Precision through the eyes of haute horlogerie’s first female chief executive.

Catherine Alix-Renier is the second female chief executive to be appointed to a Richemont brand, but she’s the first to captain a fine watchmaking maison

180 specialist skills, nearly 1,250 calibres, and 400 patents, there’s a lot of scopes to express Jaeger-LeCoultre‘s technical and artistic precision. What are some of the extraordinary examples which would best represent the Grande Maison?

I would start with our icon, the Reverso. In terms of style and an expression of elegance, it is most representative of the history of the maison. I would then move on to the Atmos; it has an amazing story and mechanism, and through the years, it’s expressed the constant technical and artistic evolution of the maison. Finally, the Duomètre. The Gyrotourbillon notwithstanding, the Duomètre is a fantastic way to showcase the brand’s ability, will, and passion for innovating technical watchmaking expertise. Today, it remains a highly sought-after emblem for collectors.

Métiers rares are a favourite at JLC. Given the shortage of skilled craftsman, how does JLC intend to perpetuate these fine arts?

We are already nurturing these talents; we have many apprentices in the workshops in a special programme. This is a dedicated area for them to learn and practise their skills with the experts. Throughout the workshop, you will also find apprentices attached to the masters of one of the 180 metiers, specialising in a skill. This is very important to us. When you’re in a field of high complexity, metiers, and know-how, if you don’t protect this know-how for the future, it may disappear. It is a danger for métier rare to stop and then re-appear suddenly. It is crucial to have continuity from one generation to the next, so you don’t lose the expertise. 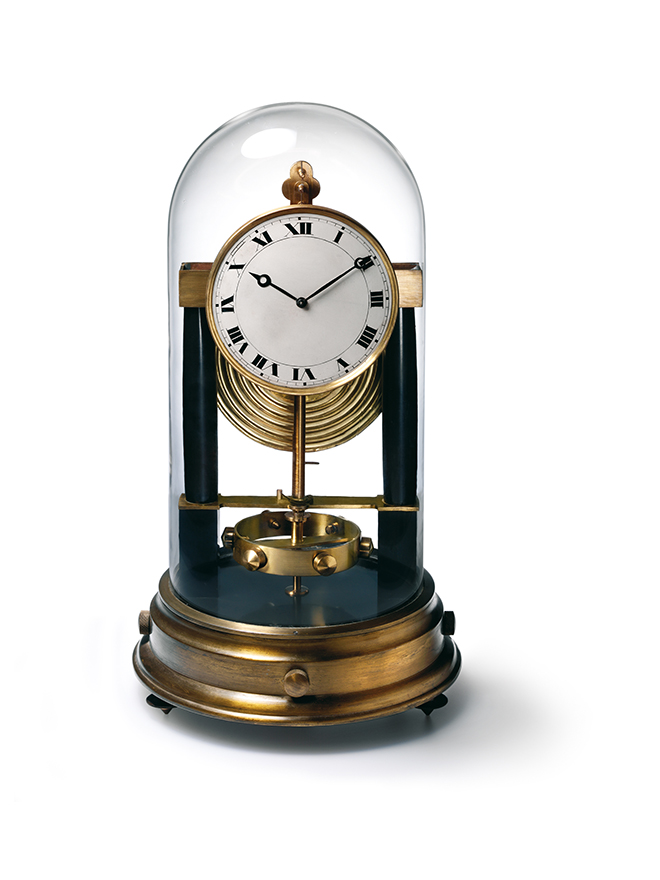 The 1,000 Hours Control was launched by JLC in 1992 to express precision, and there’s a growing number of certification tests that provide hallmarks. How does the watchmaker’s watchmaker intend to top this?

One of the important values of Jaeger-LeCoultre is to always look at improving everything we do. Performance is clearly at the top of our minds. This year, we are introducing the Master Ultra-Thin limited edition, and it is equipped with a 70-hour power reserve. We have worked on the calibre and reworked many of the components, so we can extend the run time without making the movement thicker. In parallel, the 1,000 Hours Control is gaining six additional steps in the tracking, recording, and following up of tests done in this process.

The Duomètre series, with two powertrains driving timekeeping and complications independently, is a remarkable expression of watchmaking know-how, but it’s been a while since we’ve seen a new one. Will we see more development with that series as a part of the campaign?

Oh yes, but you will have to keep a look out at the next SIHH. [Laughs] 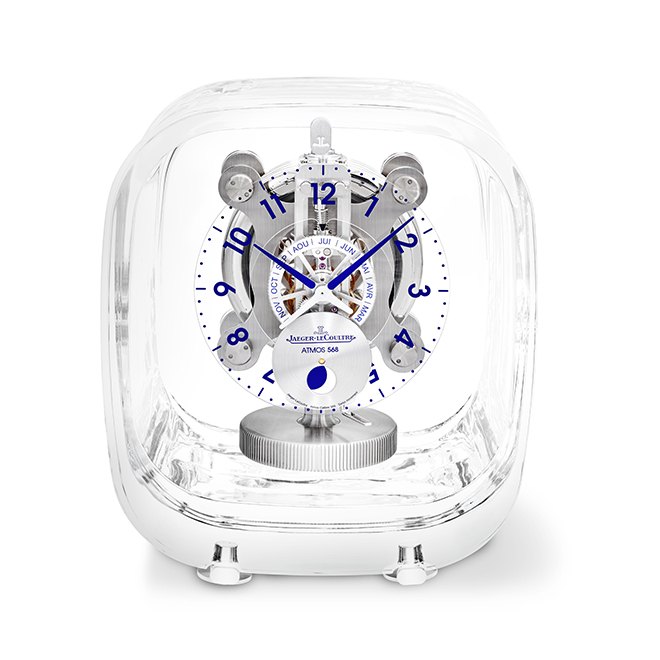 A guilloché enamel dial like the one seen on the Master Ultra-Thin Moon Enamel is probably as difficult as it gets. What sort of métiers d’art are comparable expressions of artistic precision?

Every single métier has its complexity. Some of the engraving work is incredibly challenging; a civilian attempting it for the first time quickly realises that it’s not only a real job, but it’s not one that anyone can do. That said, the Gyrotourbillon is the highest expression currently – the gearwork is visible, as are the 360 cuts on the enamel, and three executions of each line to create the guilloché. I don’t know what’s the most challenging when this timepiece currently exists.

Pursuing precision often means a contest between the hand of the artisan and the pinpoint accuracy of computer numerical control (CNC) machines. How does JLC intend to manage or balance this conflict?

Precision is at the core of the history of Jaeger-LeCoultre. It has always been a balance between innovation and the search for precision. Our entry into the world of watchmaking began at simply trying to improve the components of the watch and each calibre beginning with the pinions. We cut it to an utmost level of precision, and then we invented a machine in 1844 to measure microns in the advancement of precision in watchmaking. It got awarded at the Universal Exhibition in London in the mid 19th century for its contribution to the field of horological precision. This didn’t come as a result of watchmaking per se; precision is simply at the core of our business. Going back to 2004, when the maison launched the gyrotourbillon with the effect of completely cancelling the effect of gravity for the highest precision, it’s quite a natural development in the way the maison thinks about innovation.

You’ve handled portfolios and brands that have been closer oriented to the feminine rather than masculine side of things before assuming the top job at the Jaeger-LeCoultre. How do you see Grande Maison growing under your leadership?

We will do a lot more jewellery. [Laughs] I’m joking, of course. Nevertheless, since day one, the maison has been very balanced in both men’s and women’s collections. This isn’t a trend we jumped on to two years ago. The founders deeply believed that men and women are equal clients, and the advancements in innovation in the micronisation of women’s calibres (the 101 calibre remains one of the signature smallest movements to date) while the inventions in men’s calibres like the tourbillon simply went hand-in-hand with everything at the heart of Jaeger-LeCoultre. Already in the last century, we were thinking about both men and women. We aim to keep this balance. This year, we’ve introduced all-new Rendez-Vous collections, and we’re in the search for perfect harmony of colours through the straps, dials, and cases for the series. I foresee nurturing this historical balance as the most authentic way of growing the brand and continuing its provenance. 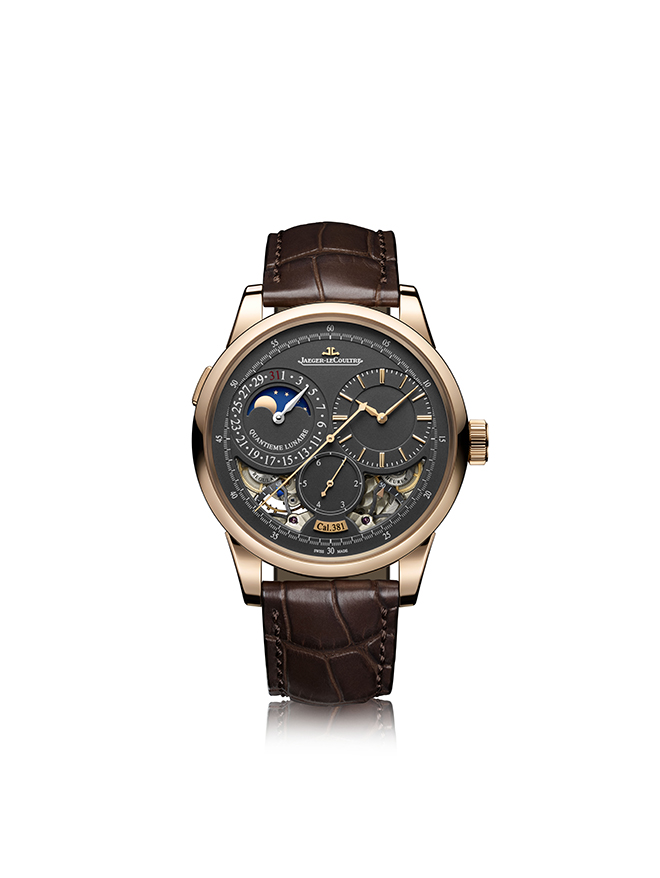 In the Dual-Wing concept, Jaeger-LeCoultre found an innovation capable of meeting the accuracy of a chronometer

Watchmaking has been traditionally a male-dominated arena, but there is a growing number of female senior executives. What sort of perspectives do you feel you bring to JLC?

For me, the most important thing is that you need to share the same values and heritage to best fit and contribute to the maison’s growth for the future, regardless of gender. For me, this fit was extremely natural – the history and the people in the collective manufacture all resonate with me very soundly.

I find it very hard to get my wife excited about watches. As the CEO of one of the most storied brands in the world, do you have such difficulty talking to your female friends about watches?

I think the best answer to your question relates to a project we have in the upcoming year. The watch journey doesn’t end after one purchases a watch; there is a responsibility for the maison to accompany the owner throughout the lifetime of each watch. If advice on manipulation is required, because these are special objects requiring special attention and maintenance, we will be rolling out a full programme to help clients care for their watches – everything from the manual adjustment of the QP, maintaining the bracelet, and even servicing, which can be done independently, nothing too invasive. All this is done so your watch can remain with you forever.

Do you feel the need to make any changes in terms of the direction of the brand?

We always have new ideas and projects. We begin 2019 on a high note with the new collection; there’s a fantastic energy in the team. What we lacked in the last few years was a voice in terms of the communication of our work and the expression of our identity, so our big objective for 2019 is to address this.