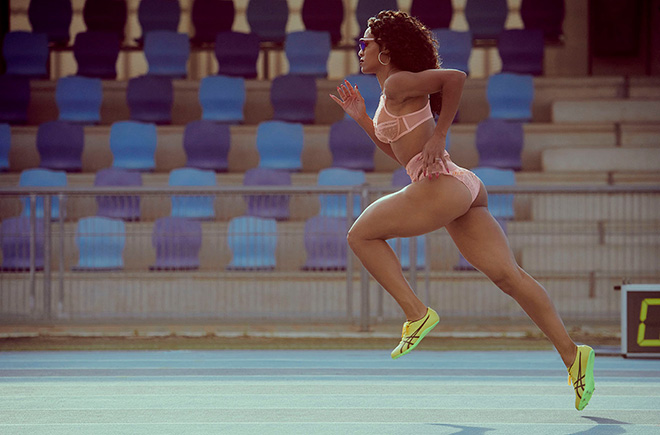 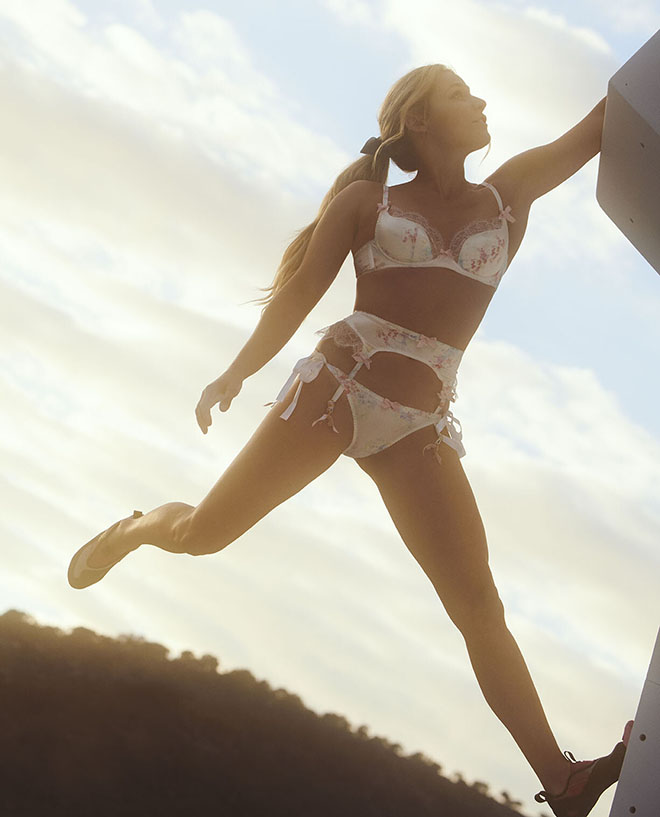 Decked out in push-up bras, lace, garter belts, elaborate gold chains and flimsy robes, each woman’s attire was self-selected to fit the context of their discipline – a detail which creative director, Sarah Shotton hopes will change the ‘male-centric’ narrative and stigma of both the fashion and lingerie industry. 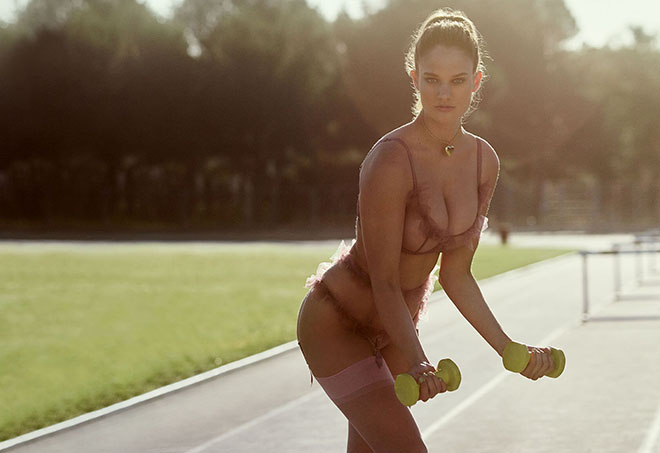 “A lot of times, as an elite athlete I feel we are told we are powerful but not feminine, so to have a brand celebrate a physique like mine spoke volumes to me. Because to me, my strength is my femininity. They don’t exist on either side of a divide.” – Harrison Claye, Olympic hurdler and sprinter. 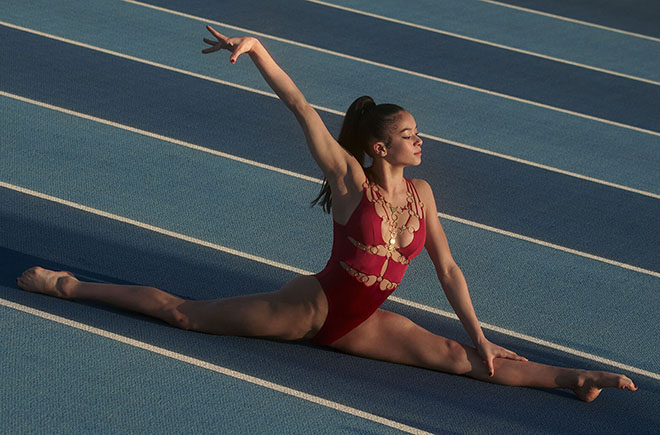 Photographed by Charlotte Wales, the ‘We Play To Win’ campaign incorporates both portrait and film elements with a retro-80’s aesthetic and echoed by the soundtrack, “Oh Yeah” by Yello. Shooting each athlete individually and in a group setting, the commercial represents the embodiment of female mystique through ambition and drive –demonstrating one’s duality of strength with effortless grace & magnificence in motion. Much like many other like-minded women’s wear brands, such as, Fendi, Fenty, Alexander McQueen, and Chanel – who, all of which in recent years have trophied ideas of strong women, reshaping their status in society through a newfound freedom of expression and rebellion. 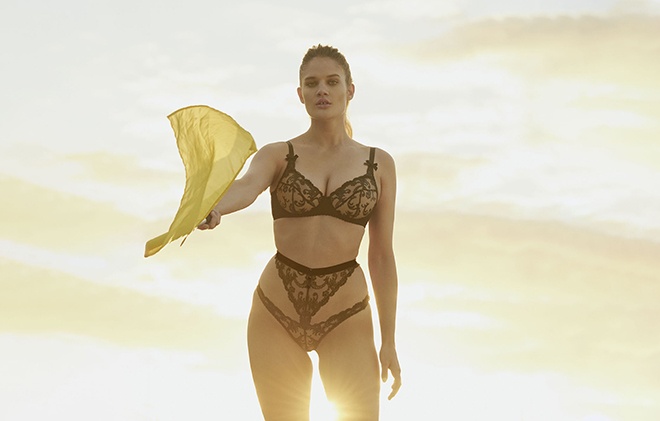 “Strength and fragility can coexist in one woman, one person” – Sarah Burton, Creative Director of Alexander McQueen. 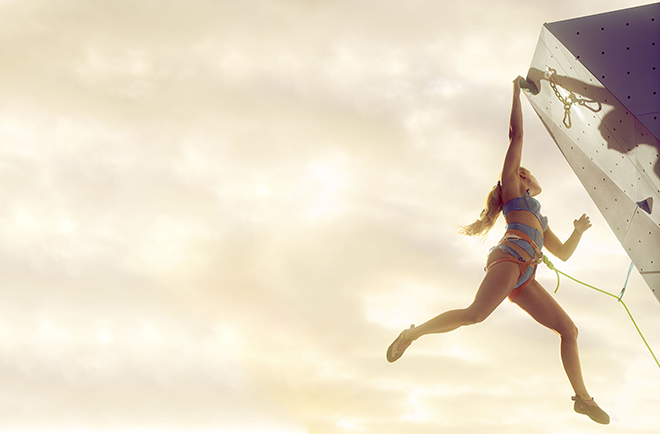 While a vast majority may argue that such advertising does little justice to the women involved, and objectifies them based on garment – women’s wear designers seem to have come to a collective agreement in creating clothes which empower and enhance the lives, beauty and identity of their consumers. Despite the ongoing feminist debate, Agent Provocateur along with the four athletes stand by the campaign and collection, which is available here.