Written by Ivan Yaskey
in
Brands 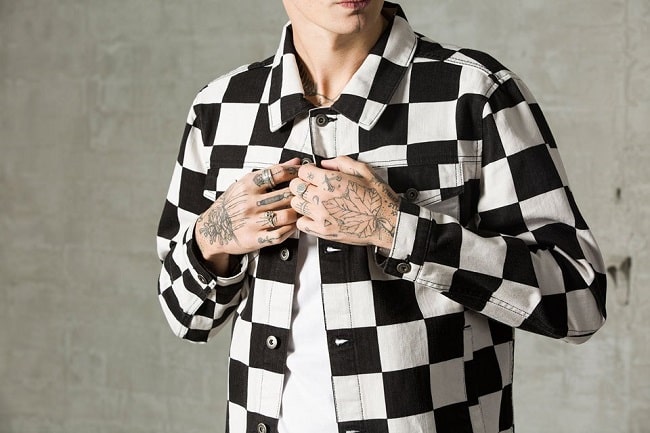 If anti-fashion – or what used to be considered a strong step back from runways’ glitz and glamour and the High Street’s trendiness – comes with a nearly four-figure price tag, can it still make a defiant statement? Some might say yes, given the proliferation of “ugly fashion” articles out there. Others – particularly streetwear purists keeping it local – would give a hard “No.”

It’s an understatement to say that the past decade transformed streetwear – perhaps for good. No longer are there just tees and caps inspired by surfboard designs or pipe-legged denim. Rather, the scene-climbers out there (Supreme, Palace, BAPE, and Noah, for starters) and the big guys wanting a piece of the action (see every major fashion house that’s dabbled in hoodies, graphic prints, and oversized silhouettes) have walled themselves off semi-unsustainably. Do you have a true demographic if you’ve cut your supporters and admirers off? Yes, to some degree, if you’re the consumer with casual tastes, money to spend, and a wardrobe to house it all in. For the rest of us, more affordable options such as the brands at XLmoto exist out there. 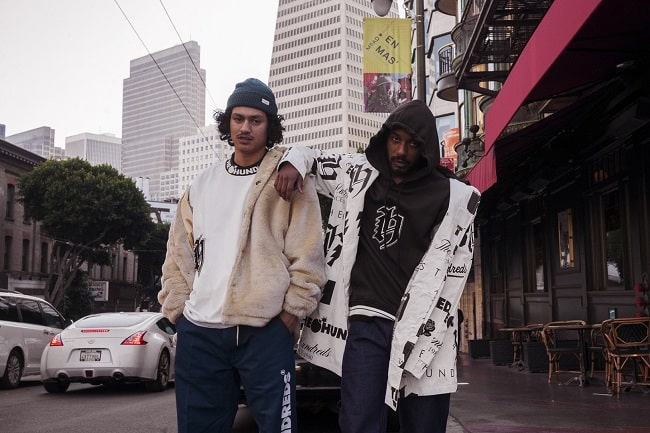 Elevated streetwear reads like an oxymoron. And, it’s also a paradox, of sorts: Clothing that’s meant to be rough-and-tumble casual and influenced by a subculture nevertheless ends up on a runway at Fashion Week. Supreme and its ilk, in many regards, got lucky. Without that cred, a similar move from a traditional menswear brand would feel like appropriation, one hundred percent. It’s through this lens that Embellish NYC – an L.A.-based denim brand – feels fresh. Nothing about its designs seems like a direct cash or status grab: Rather, slim fits, in standard and biker styles, get ripped, splattered, and faded in varying degrees. You could do something like this yourself with the right tools, but Embellish pulls it off with finesse, rather than like a DIY project gone wrong.

Another California-based brand, Elwood started in the mid-‘90s with a vision to rework casual apparel, and eventually involved skaters in the design process. Today, that aesthetic still looks a bit ‘90s – albeit ‘90s-via-2019 – with tapered jeans offering enough space for movement, long shirttail-style tees, and all-over plaid and checkerboard patterns. It’s not quite the ‘90s you remember – the clothing has a bit more flexibility, and the somewhat minimal look nearly always veers away from graphics. Nevertheless, nothing’s especially nostalgic about it, and instead, Elwood’s designs and price speak to the versatility and accessibility streetwear had roughly two decades ago. 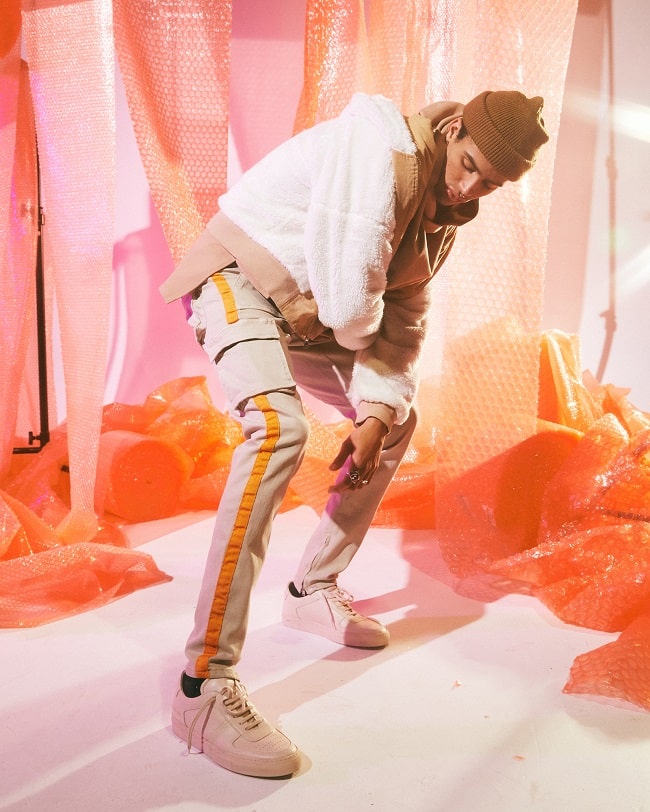 With the visibility and clout The Hundreds have, thanks in part to their blog, making a move into luxury streetwear has always seemed like a logical, inevitable step. Yet, the T-shirt brand started by Bobby Kim and Ben Shenassafar 16 years ago has stayed on a relatively steady course. While the collaborations, including Disney and Adidas, give The Hundreds an aspirational, get-this-drop feel, its core products – from T-shirts into caps, outerwear, and denim – mostly fall under $200 USD (£164), and with oversized, colour-blocked combinations, whatever you get will last you a few seasons.

You’ll find no shortage of trend pieces declaring Obey – the streetwear clothing brand started by and featuring the politically themed illustrations of Shepard Fairey – both “over” and perched for revival. It’s true the company earned a “mall” streetwear reputation by the 2010s in the U.S. – mostly due to the ubiquitous Zumiez carrying their fare at reasonable prices. But, streetwear collectively is no stranger to political and social commentary – see the rise of parody tees as evidence – and once you get past uninspired box logo tees, Obey has done this rather well in the past. 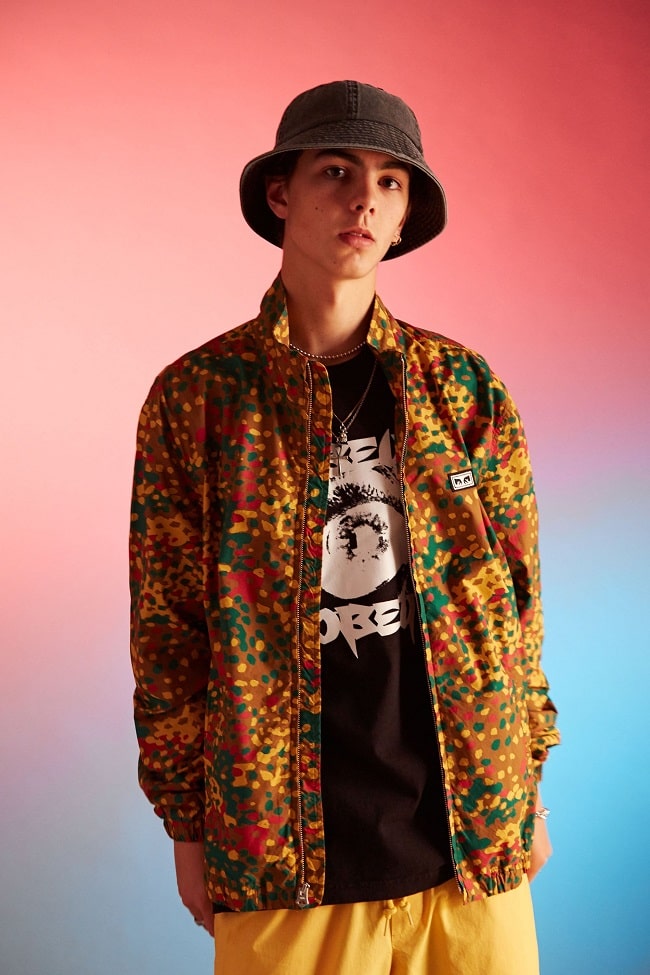 If you’re going to do graphic tees, whatever you create better be pretty darn memorable. It’s a drag to spot unexceptional, piggy-backed logos on everything – whether it’s a shadow of Supreme or in the same vein as Thrasher. Either way, The Spaghetti Boys – started by Kerwin Frost and Ray Martinez and unabashedly owning their viral-marketed, Off-White-originating, celebrity-endorsed roots – defies all that with expansive, doodle-like images. Only, they frequently resemble a hybrid of a concert tee with the hand-drawn, grotesque-leaning scribbles you might encounter somewhere in the middle of a high school student’s textbook, crafted in a moment of boredom. The logo, of course, is there, functioning strictly as a signature, but you don’t have to see it to know the tee is a Spaghetti Boys’ design.

Those of a certain age – mid-30s, let’s be honest – likely recall the independently run T-shirt shops of the ‘90s. Perhaps one was at your local mall or in an alternative section of the city, but in any case, it carried a mix of band tees, pop culture parodies, and kitschy statement prints that were usually found only there and nowhere else. Started by L.A. skater Sean Pablo, Paradise NYC – formerly known as Palisades Paradise and occasionally spelled PARADI3E – brings back memories of those cheeky, sometimes borderline-inappropriate graphics, and the feeling of having something semi-exclusive without it costing you hundreds of pounds on eBay. 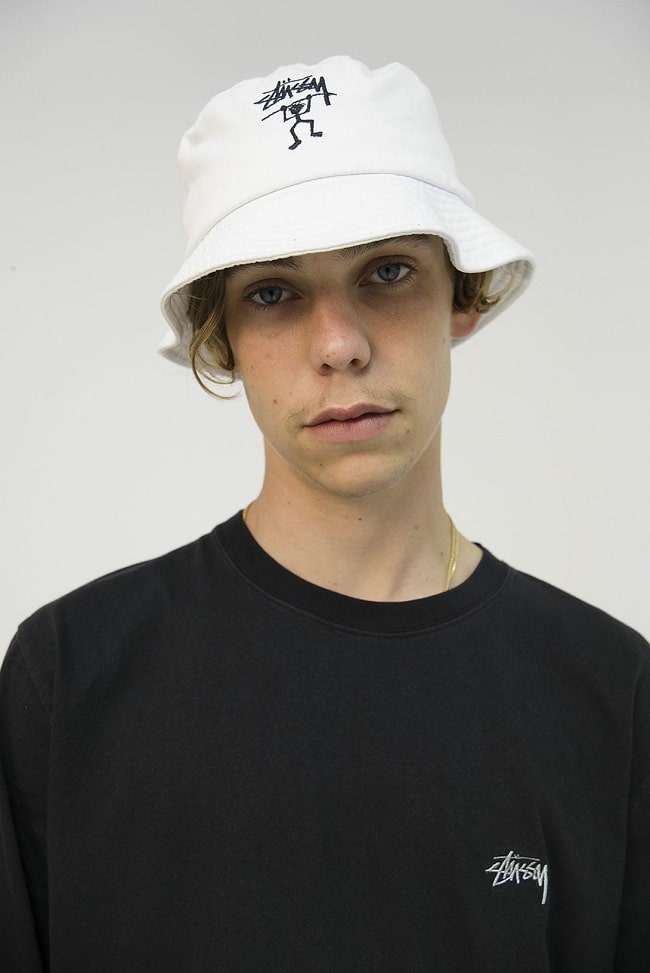 Over and over, we’re told that streetwear has shed its local, subculture-based reputation, and now exists on a global level. It’s true in multiple regards – the social media-fueled American hypebeast aesthetic, ecommerce making it possible for anyone, anywhere to covet that exclusive drop, and, yes, high-end brands like Balenciaga directly borrowing streetwear tropes – but that doesn’t mean the traditional approach is dying. Rather, Menace – started in Los Angeles by Steven Mena – propagates this disappearing-but-not-defunct form. Graphic tees, outerwear, and caps pull from hip-hop and punk themes, getting away from sun-splashed Venice Beach imagery while shedding light on the city’s less postcard-perfect attributes. Better yet, the brand continues to not only design but also manufacture many of its garments in South Central.

What’s better – to borrow from or get inspired by Peter Saville? Appearing on countless tees, hoodies, jackets, and shoes over the past five or so years, New Order’s recognisable Power, Corruption & Lies artwork looks vivid and feels retro, but over-use has also made it contrived, lazy, and stale. We’ve seen it, and know where it’s from, to the point it’s now a heavy-handed allusion to early ‘80s synth innovation and dance music culture. Conceived as a platform for L.A. art gallery Morán Morán in 2012, Know Wave ties in both a radio station and clothing line that mimics the minimalism found in Peter Saville’s work, especially the club posters, album covers, and single art produced for Factory Records. While the brand had loose ties to Supreme – former co-founder Aaron Bondaroff worked at the skate brand’s first brick-and-mortar store until 2001 – its prices tend to be a bit more budget friendly, and garments, while still logo and graphics based, have a certain understated versatility. 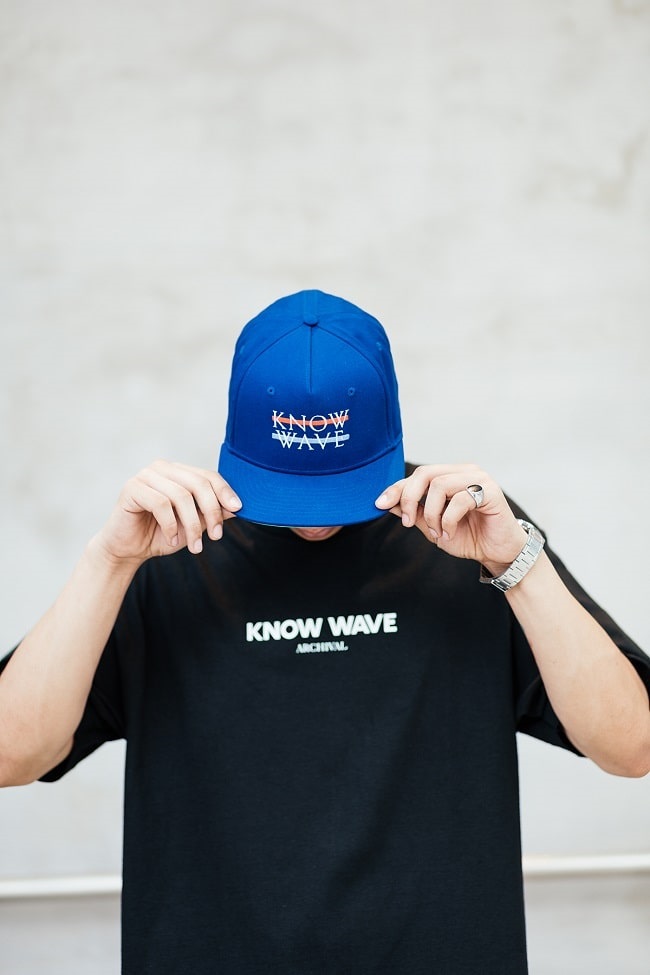 At this point, everyone knows the history of this seminal California brand heavily based on local surf and skate culture. While Stussy’s reputation evolved from chilled-out surfer into a highly copped urban brand through the ‘90s, and sales subsequently grew, it hasn’t entirely lost sight of its origins. Yes, the collabs and higher-end, designer-lite pieces are there, but the price for a basic logo tee – now a streetwear classic at this point – is far from astronomical.

Created by Scott Sasso in 1995, this New York-based streetwear brand has flowed with the tides of graphic tee trends over the past couple decades. While purists now balk at its colourful, almost-eyesore graphics, that’s what rakes in all the hypebeasts’ dollars, whether we want to acknowledge it or not. And, whether the punk and skate influences drew you in or you simply dig those more recent yet ‘90s-referencing anime graphics, 10.Deep has put together the perfect formula: one part history, one part regular and distinctive drops, and one part reasonable prices. Between history and aspirations, you can’t get any more balanced. 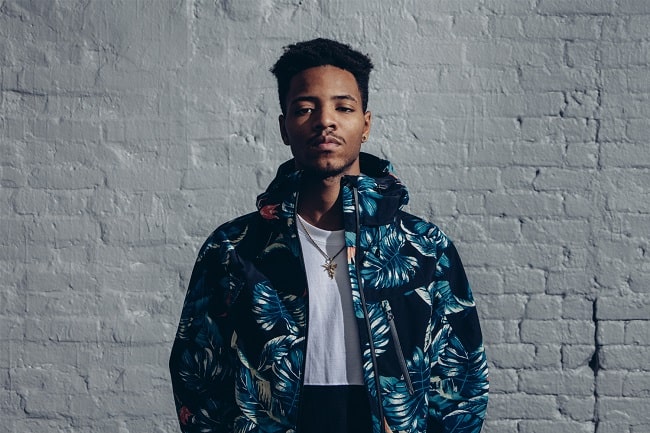 Believe it. What grew out of a T-shirt competition back in 2011 has turned into a full-fledged brand centered around all-over and logo graphics. The images’ vividness and intensity are a signature, of sorts, no matter if it’s for a floral, geometric, or tie-dye design. As the T-shirt in general goes through a revolution of sorts, or at least a reworking, HYPE. manages to avoid the plain, solid-colour trap. What results is both flashy and statement worthy without losing sight of comfort.