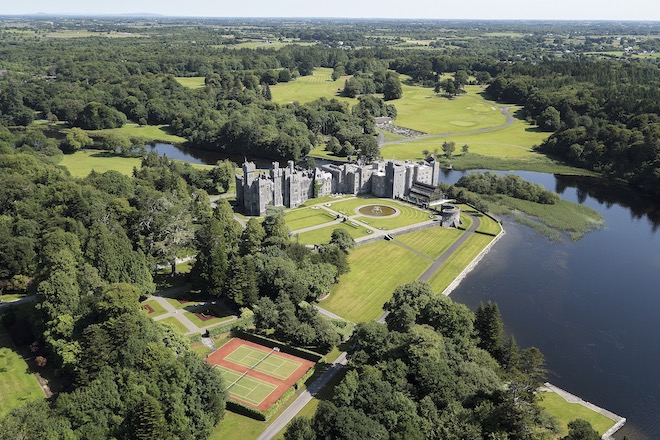 National Geographic Unique Lodges of the World is more than a selection of world-class hotels, it is a collection of rare experiences, offering guests intimate encounters with parts of the world not many get to know, Ireland’s Ashford Castle is one such “unique lodge”. Previously owned by the Guinness family (yes, of the Stout fame), Ashford Castle was established by the Browne family and included a 17th-century French chateau hunting lodge on the estate before Victorian-style extensions were added by Sir Benjamin Lee Guinness who purchased the massive Irish real estate in 1852.

Formidable and magnificent, Ashford Castle is situated on a sprawling 26,000 acres (110 km2) Irish estate. With grey stone and turrets rising up on the shores of Lough Corrib, the 70 year old former home to the Guinness family can be daunting and overbearing on an overcast day but when the sun’s out, the property truly embodies what it means to be one of the exclusively invite-only member of “The Leading Hotels of the World”. 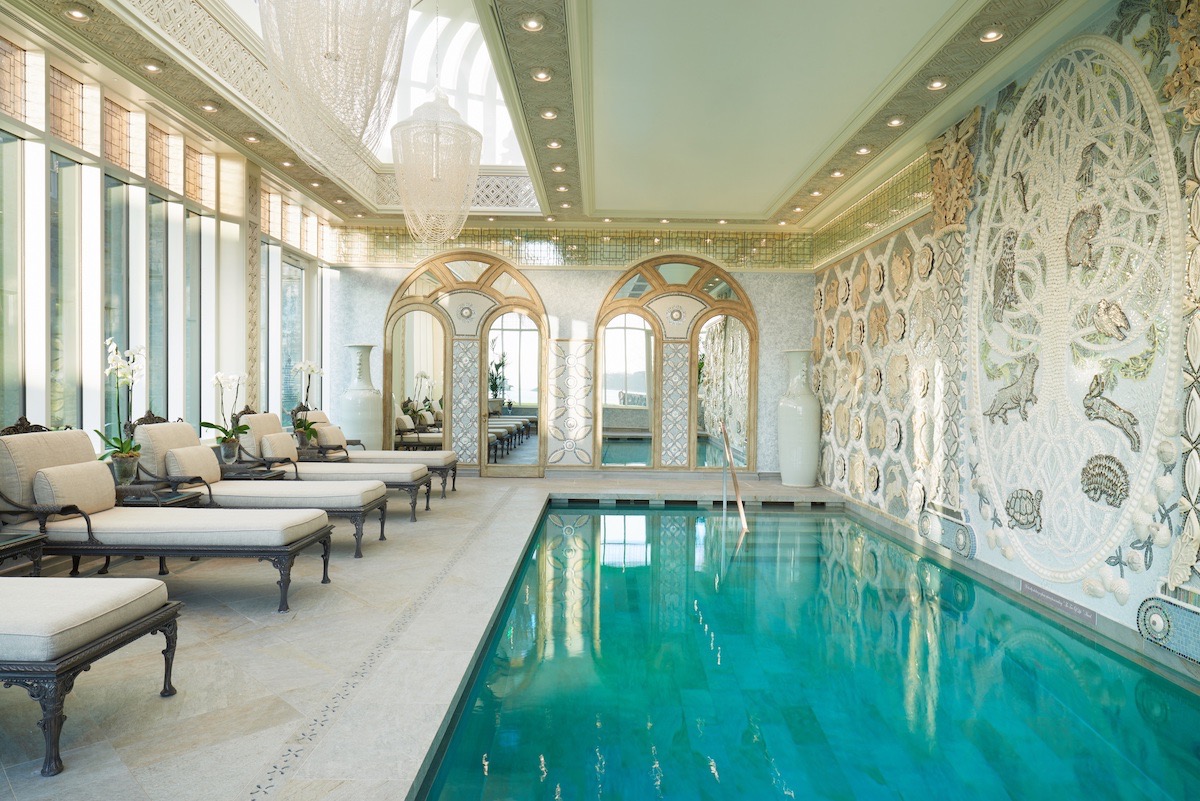 By the time the Tollman family purchased Ashford Castle in 2013, the palatial mansion was a leaky, crumbling shadow of Arthur Guinness’s former well tended home filled with botanical gardens and exotic trees. A a small local construction company spent two years toiling and restoring Ashford, keeping original features intact. As a result, what visitors arrive to the National Geographic Unique Lodge of the World can expect regal, old-school splendour in a truly historic castle.

Re-opened in April 2015, the 13th century Ashford Castle was restored to a tune of $75 million, reaffirming its legendary status among the world’s top hotels (it’s literally ranked 4th in the world).  Each of the 83 rooms and suites at Ashford Castle represent traditional elegance and finesse. Following careful refurbishment, all of the rooms and suites have been individually and lovingly designed, combining the castle’s original features with the latest modern luxuries.

Lifestyles of the Elite

But it’s not opulent interiors and remarkable customer service that makes the 800 year old Ashford Castle a true high net-worth holiday stay and experience; the estate is home to Ireland’s first School of Falconry, the ultimate aristocrat’s hobby. A status symbol among the nobles of medieval Europe, the Middle East, and Mongolian Empire due to the prerequisite commitment of time, money, and space, falconry as a rich man’s hunting escapade eventually gave way to in the late 18th and 19th centuries, as firearms became the tool of choice for hunting; even then, one can follow that aristocratic lifestyle at Ashford, right into clay shooting with a shotgun or a boisterous round of horse riding, contemplative fishing or kayaking and of course, the modern day boss’s sport of choice – golf. 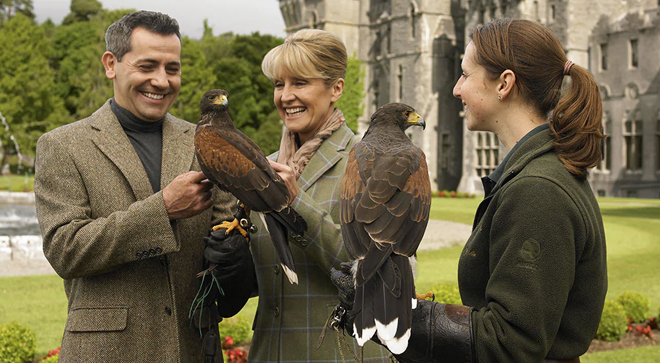 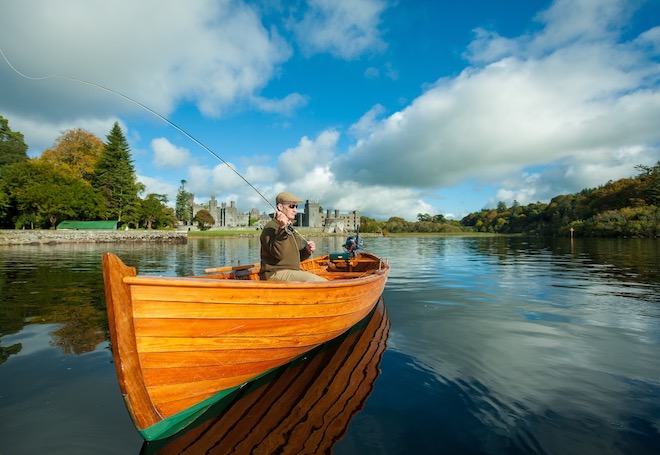 Needless to say, if one finds physical activity of any kind abhorrent, Ashford Castle is also home to one of Ireland’s top 3 in-house spas. Dedicated to restoring beauty and balance through treatments and spa journeys, Ashford Castle’s in-house spa’s custom offerings, tailored for each guest focuses on essential ancient wisdom combined with modern expertise. 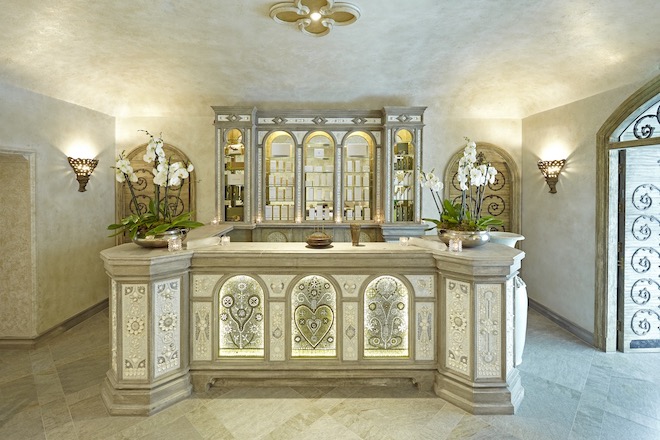 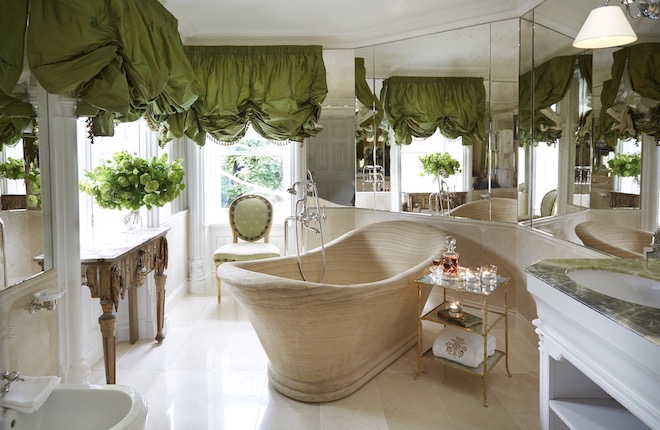 Rest and luxuriate in rooms with never-before-seen features including three exquisite seashell chandeliers and a mesmerising Tree of Life mural stretching the length of the relaxation pool.  State-of-the-art facilities include five exceptional treatment rooms, an invigorating Hammam, relaxing steam room and a beautiful terrace area with serene views over the tranquil waters of one of Ireland’s largest lakes; and then leave feeling nurtured, purified, pampered and relaxed. 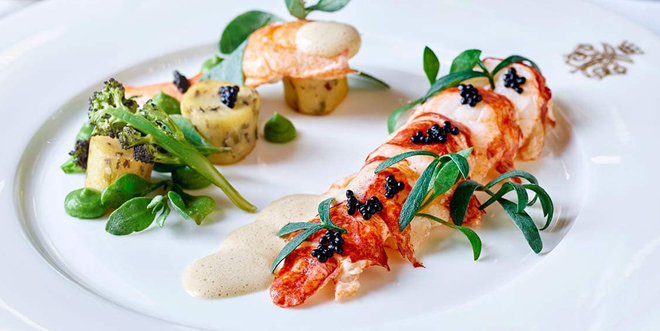 Ashford Castle has been home to many notable guests, including: King George V and Queen Mary; John Lennon; George Harrison; Oscar Wilde; President Ronald Reagan; Prince Edward, Earl of Wessex; Robin Williams; Brad Pitt; Pierce Brosnan; and Prince Rainier III of Monaco and his consort, Princess Grace. The exclusive Irish real estate has been a playground for successive generations of the de Burgo, Bingham, Browne and Guinness elite families for centuries and continues to be a getaway for the world’s ultra-wealthy.

Book a stay at Ashford Castle

Day41, the latest Code41 watch for both men and women