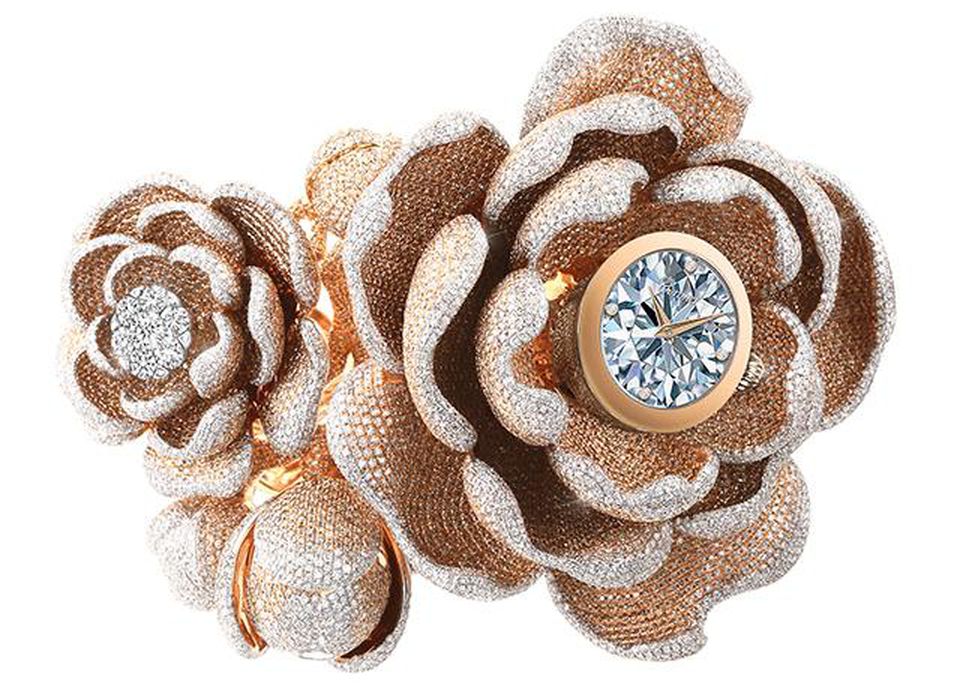 Perhaps due to the reduced scale of Baselworld 2019, certain exhibitors appeared to shine extra brightly. One, in particular, is Coronet Jewellery, a signature brand of Aaron Shum Jewellery in Hong Kong. The diamond jewellery manufacturer brought to Baselworld a watch set in 15,858 diamonds, which amount to 50.01 carats. The watch valued at a whopping $500,000 was inducted into the Guinness World Records in a ceremony at the fair. 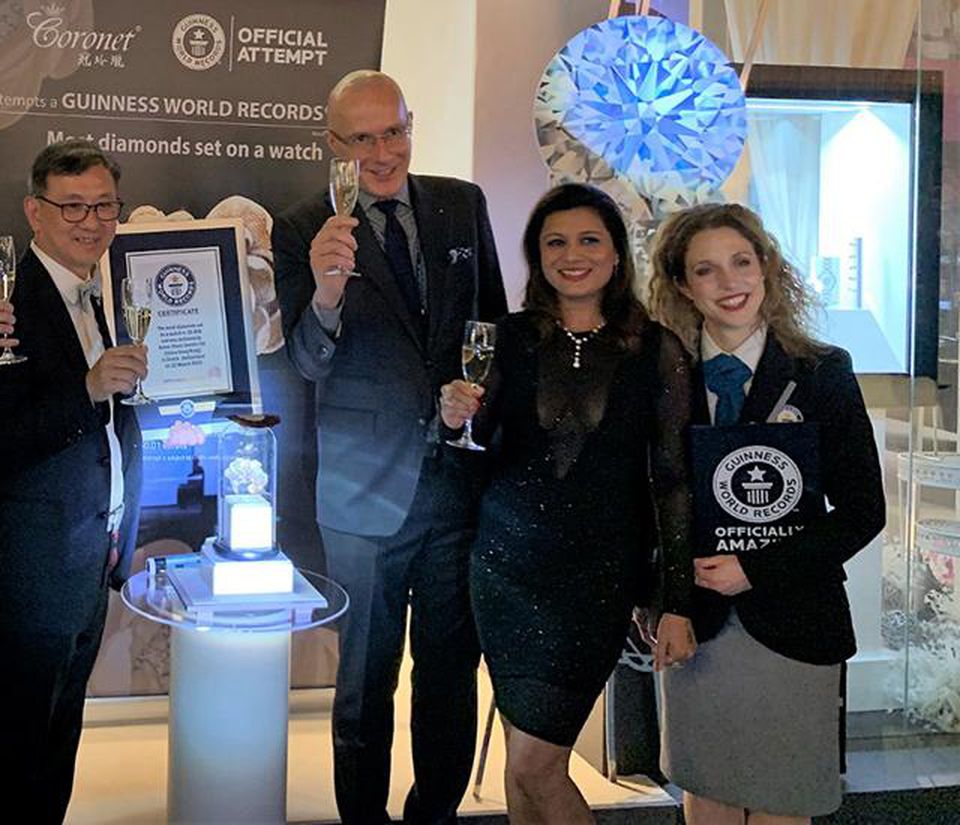 Turns out, such headlines are no stranger to Coronet Jewellery as this would be the ninth Guinness World Records the maison has earned. Previous Guinness World Records include innovative diamond creations, most notably the world’s most valuable guitar featuring 1.6kg of 18k gold and 400 carats of diamonds. The latest diamond watch unveiled at Baselworld is awarded the “most diamonds set on a watch”.

Named Mudan – Chinese for Peony, the watch takes the shape of an actual Peony, symbolising nobility, honour and wealth. The watch was meticulously set with a combination of white and champagne coloured diamonds. But more impressively, the watch dial features a hyper-realistic painting of a diamond by Canadian jewellery designer Reena Ahluwalia, showcasing the beauty of a brilliantly cut diamond. According to Forbes, each of Ahluwalia’s painting takes approximately 200 hours.