When the air’s so humid it feels like it’s sitting right on your skin, the last thing on your mind is reaching for a jacket. There’s no chill – not even a breeze – so why risk feeling the sweat build up on your arms and around your neck? Unfortunately, sometimes you have to. You have a wedding penciled in for early August, or you made a commitment to that industry conference, and it’s held on the hottest weekend of the year. Expectations dictate that you’ll show up in a button-front and blazer, when you’d rather be out in a t-shirt and linen shorts. Still, though, your career.

On that topic, most of us are expected to put in the day-to-day effort. It’s not enough to show up and do your job well – in terms of being knowledgeable and authoritative, you’ve got to look the part. Hence, the button-down and blazer – maybe with a tad more colour and print variation. And, then, there’s long-term planning. Not five years from now, though – just five hours. In parts of the UK and Northeastern US, temperature fluctuations don’t let up through the summer. Instead, that pushing 30 degrees afternoon swiftly turns into 17 degrees – cool breeze included – after 8pm, when you’re heading out to the show or pub. And, who knows what to expect once it’s after midnight. In all cases, that extra layer is the solution against shivering all the way back to your car (or back home on public transport), and a few extra pockets certainly don’t hurt where your wallet and keys are concerned. 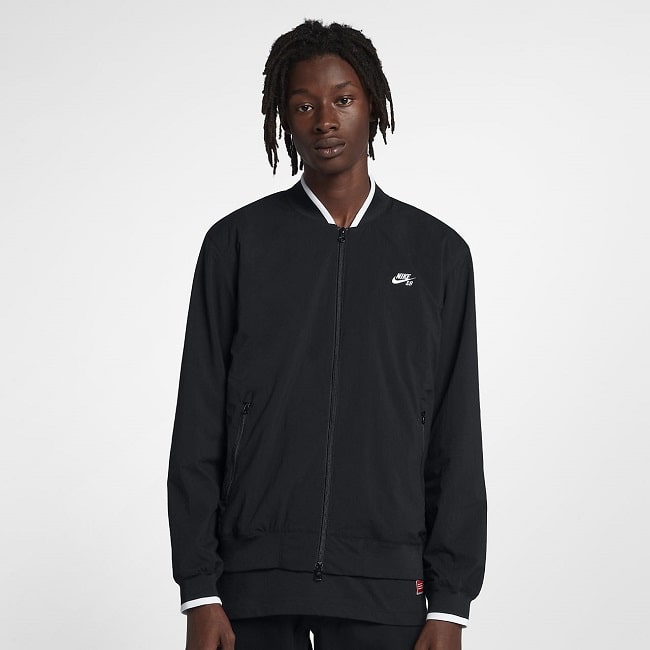 For these instances, the summer jacket is sort of a thing – one that’s significantly less talked about than its transitional spring counterparts. On the other hand, not all lightweight garments are created equal, and what’s acceptable back in May adds too much weight (and absorbs way too much sweat) once July’s halfway over. What to look for? Regardless of style, fabric weight isn’t everything. Coupled with that barely there feel, an open weave quite literally lets the air pass through. Linen and cotton excel in this area, while many synthetics, no matter how featherweight they claim to be, have a Saranwrap effect. As a tip, if you can see the weave, the fabric is generally more air-permeable. But, like your t-shirts, your summer jacket should have that adaptability factor. By autumn or the following spring, it should perform like a layer in some form – over shirts or under overcoats – and offer enough space that you can wear it over long-sleeve garments. Factoring in these considerations, which jackets are better for summer weather? 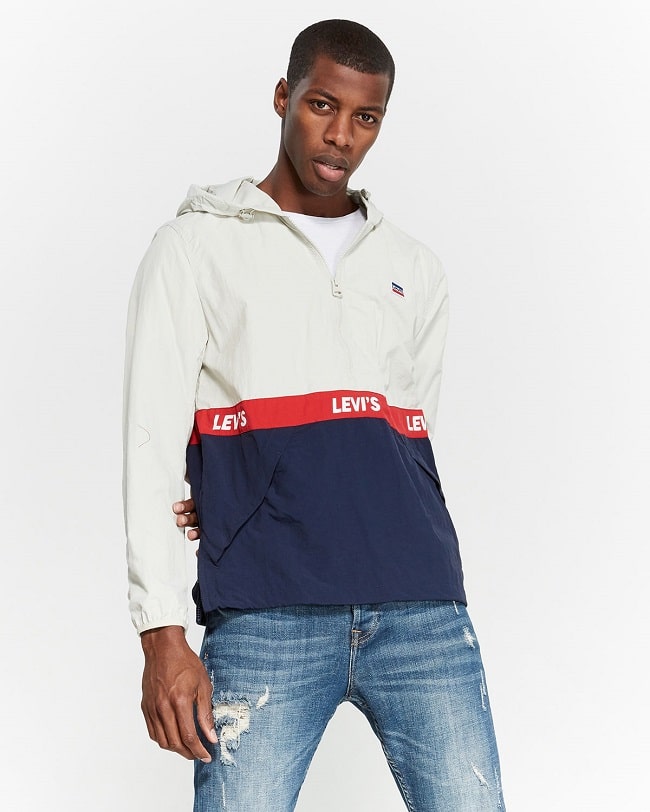 Although silhouettes vary – the former often zips up the front, and the latter gets pulled over the head – they function very similarly. Specifically, the lightweight material – polyester or nylon, typically – is treated to repel moisture yet holds up to nearly everything you throw at it. And, if the forecast predicts a downpour, many styles pack into a pocket – extra or included within the jacket. All you have to do is throw it into your work bag, and deploy once it starts coming down.

Your trucker jacket can wait. Instead, we’re envisioning more of a shirt-jacket type garment, perhaps made out of chambray or even cotton/linen denim – a smoother, cooler, chafe-reducing material that’s been growing in popularity. Add in a light wash – practical for its more reflective nature and also another emerging menswear trend – and you’re covered without having to compromise your classically rugged tastes. 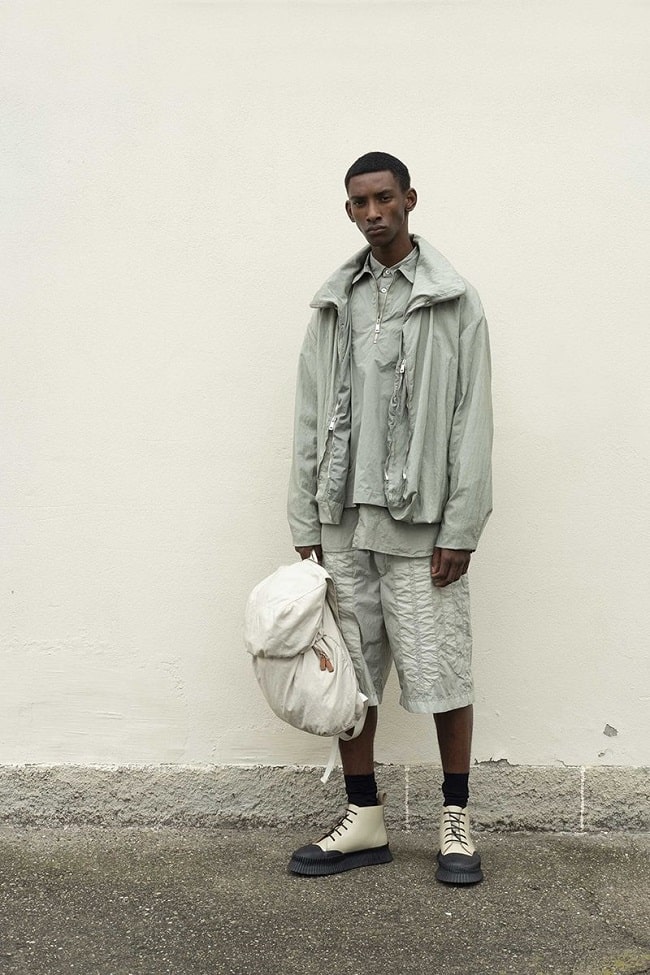 While the A-1 and A-3 jackets serve as inspiration, today’s bombers and blouson jackets contain few traces of their initial military construction. Mainly, much of the weight and padding are absent – save for cold-weather versions – and the materials used are often midweight. Some lightweight nylon and cotton versions exist, and if they’re unlined, they’re practically made for higher temperatures – just keep it unzipped to let just a hint of breeze blow through.

The verdict’s still out about whether summer suits qualify as ‘professional’ or ‘casual’ garments, but when the weather’s boiling, a compromise is more than warranted. What makes a “summer” blazer? Although cuts carry over from season to season, removing the lining cools the wearer off – do you really need another layer? – and open-weave fabrics like cotton and linen up the breathability factor. Now’s not the time to sport Tweed or wool – unless it’s an ultra-light tropical variety. Beyond just the visible weave – it’s easy to spot a linen blazer from across the room – pastels, very light greys, and off-white shades typically characterise summertime suiting. And, even with more traditional shades – think navy, burgundy, or even brown – a washed, faded version stands in its place. Of all jackets listed here, a summer blazer gives you the greatest amount of mileage – and keeps you cool the full distance. 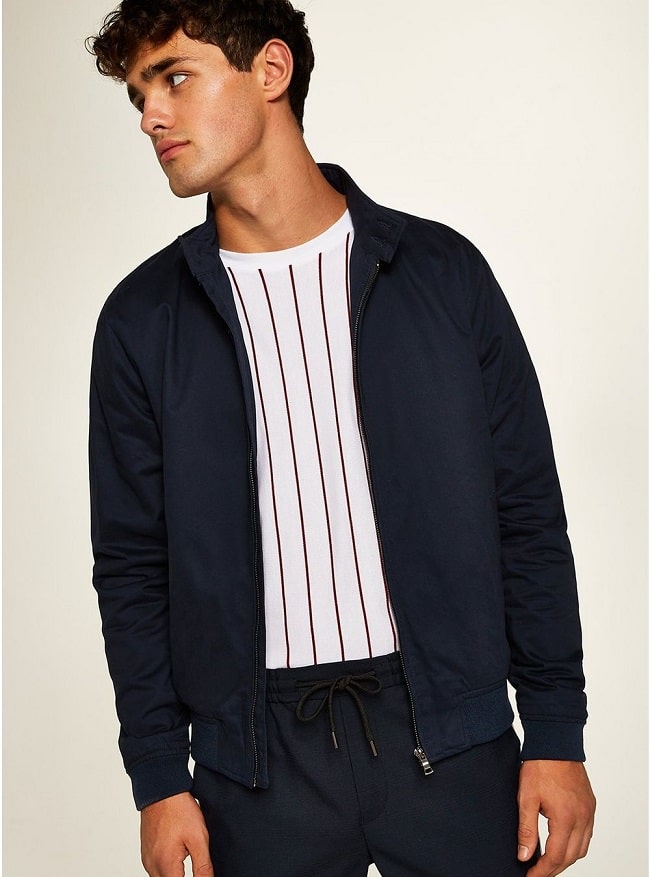 Its lightweight nylon or polyester construction is easily thrown over and offers some flexibility. These days, with all of the colour-blocked versions available, it’s cooler and more stylish than an ordinary hoodie and offers that ‘sports luxe’ factor without being overly heavy or techy. For an added benefit, slightly stretchy, more active designs are always ready to move right with you.