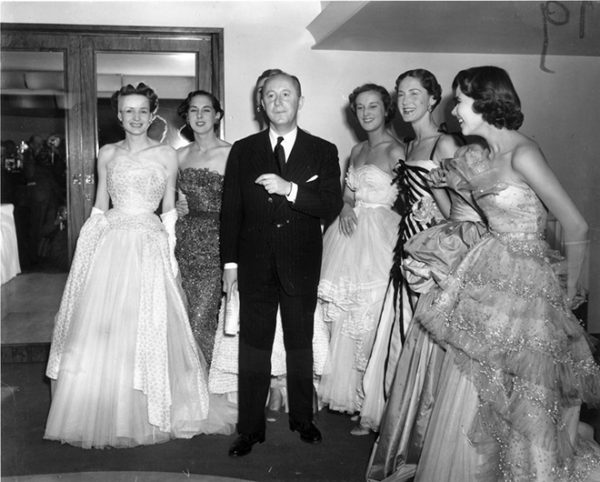 5 male European couturier of 20th century: their lives and their enduring styles

“Fashions fade, style is eternal”, Yves Saint Laurent, the couturier known for his monochromatic palette and edgy design, once famously said. It is the profound reverence afforded to the brand’s heritage is gives haute couture its distinctive definition. To pay homage to 5 couturier who had or have devoted their ingenuity to fabricate our kaleidoscopic apparels, shed light on their little known early days and their characteristic styles. 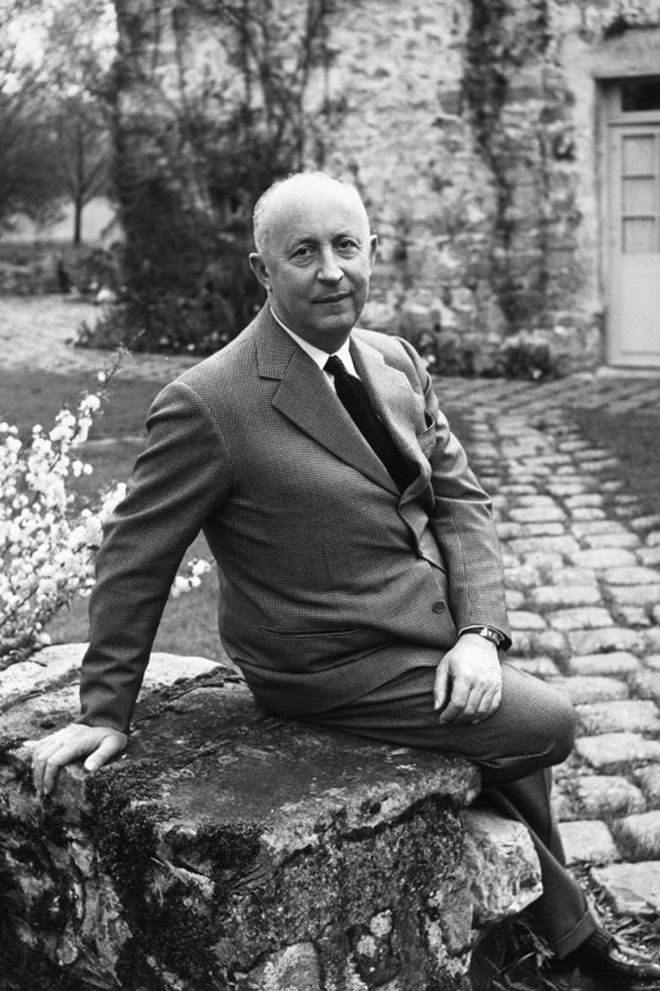 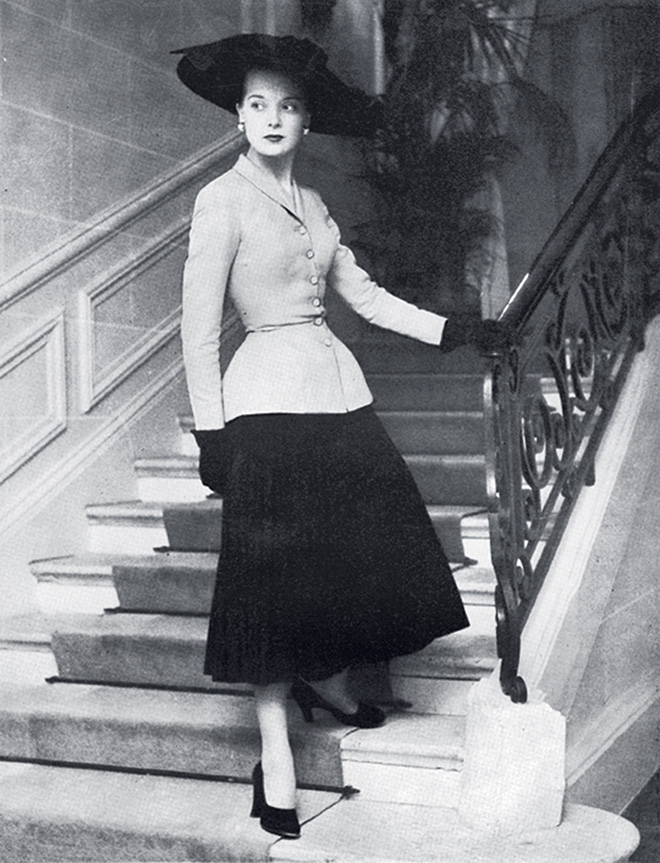 The luminary expressed his intention to pursue the arts early on in life but was thwarted by his family’s reluctance. After a family tragedy, he closed his art gallery and had to sell fashion sketches to make ends meet. Yet, his brilliance broke a silver lining when he was scouted by the then prevailing couturiers Robert Piguet and Lucien Lelong to design women’s apparels.

Dior stormed the Paris fashion stage in 1947 by introducing the “New Look” in light of the inveterate vestiary austerity of WW2. This was inspired by Dior’s desire to return to the 20’s pre-WW2 days of extravagant femininity by designing tight-fitting jackets with padded hips, petite waists, and A-line skirts to accentuate the voluptuousness of women’s contours. 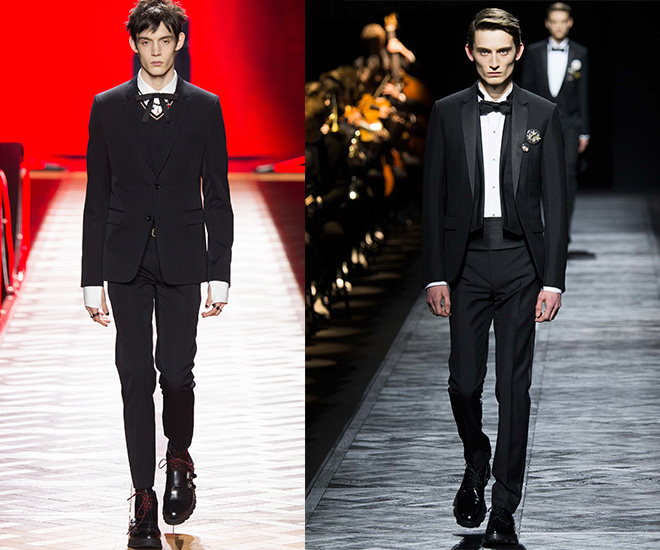 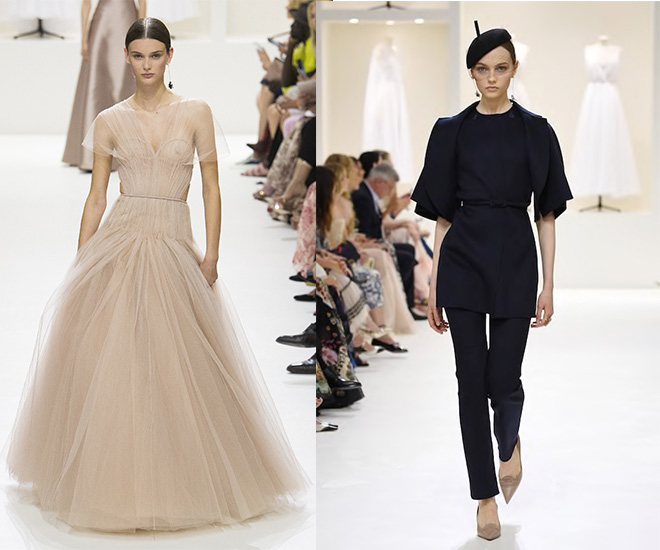 Well regarded by the high society, the House of Dior has expanded to a comprehensive collection to accessorise and adorn both men and women. Within its wide provision, Dior’s invariable signature lies in those ornate, elegant and sophisticated garments that chisel women’s femininity and men’s virility. 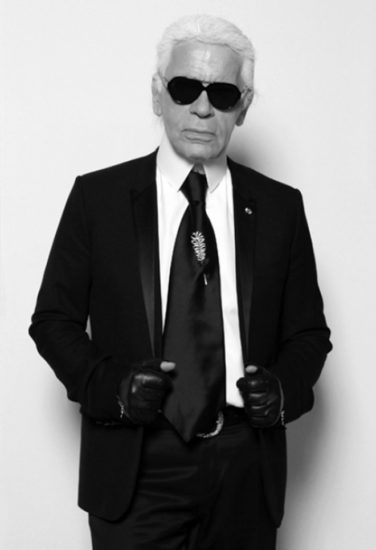 At the young age of 14, Karl Lagerfeld (born Karl Otto Lagerfeldt) moved to Paris from his hometown of Hamburg. His talent was realised in the 1954 International Woolmark competition where he emerged as the winner for the coat category. He then worked for Pierre Balmain before designing for Chole and eventually helming LVMH owned Fendi (2017 profit of €800) and Channel (2017 profit of £1.35 billion) while simultaneously managing his eponymous brand. Kaiser Karl, a man of many talent, also dabbled in architecture, interior design, fashion photography and interestingly, in game voice over. 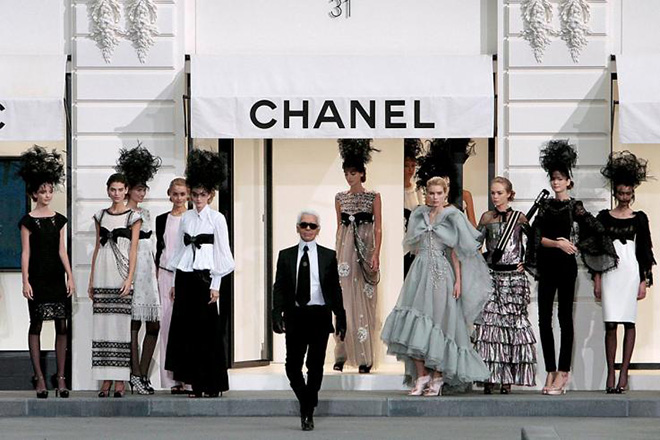 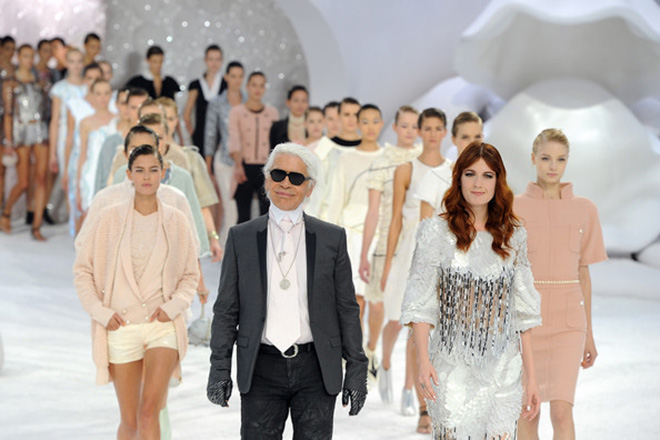 The fashion meister once mentioned, “I design like I breathe.” Across his numerous fashion engagements, his virtuosity varies from haute couture in Fendi and Channel to the rock and chic urbanity of his ready-to-wear namesake brand. 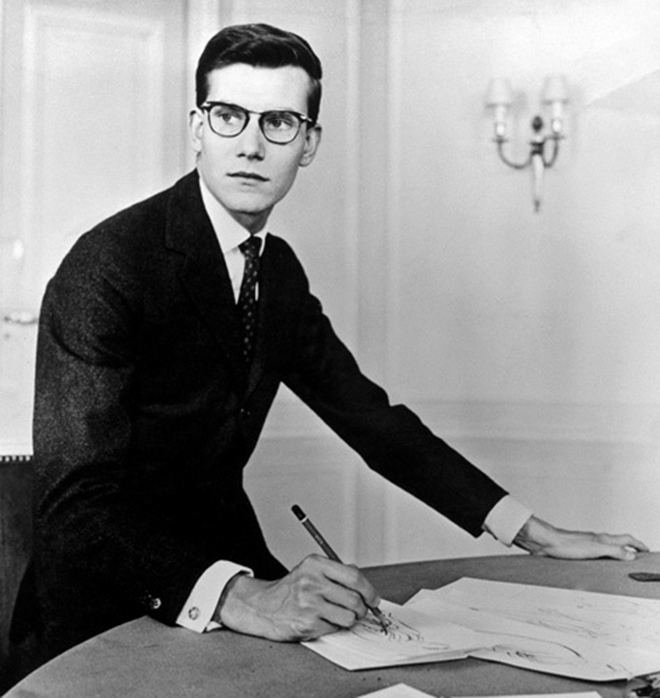 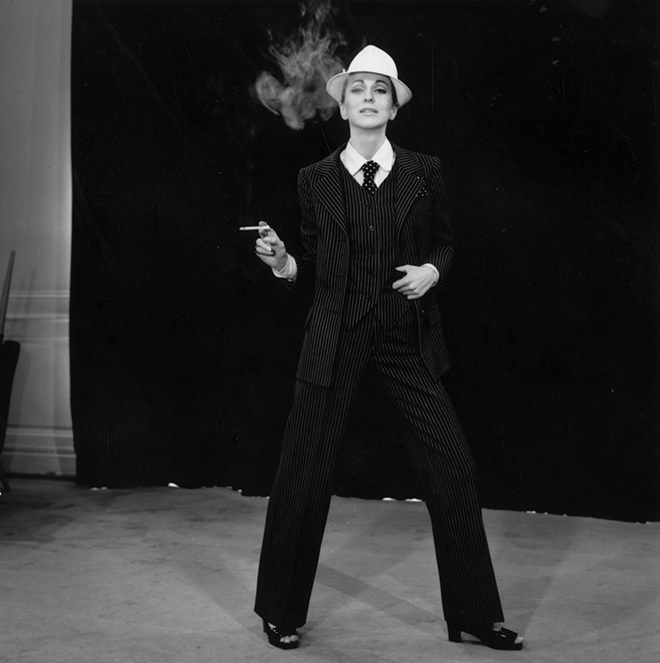 Saint Laurent had a difficult childhood due to his unpopularity in school and was constantly bullied for being effeminate. After Saint Laurent won the Woolmark Prize in 1954, he met with Michael de Brunhoff (editor of French Vogue) in 1955 who, utterly amazed by Saint Laurent’s sketches, said, “I have never in my life met anyone more gifted.” Impressed, Brunhoff introduced Saint Laurent to Dior who immediately hired him. In 1957, when Dior unexpectedly died of a heart attack, he took over Dior at 21 years old as the world’s youngest couturier.

The former protégé of Dior launched his atelier with his partner and lover, Pierre Berge, in 1961, after a bitter legal battle with Dior over his unjust dismissal. Amongst all his creations, Saint Laurent was most credited for revamping the tuxedo (the iconic Le Smoking Jacket) to adapt to the female anatomy. Today, the House of YSL, helmed by Anthony Vaccarello, is a force to be reckoned with for men’s and women’s wear and is recognised by its elegant but edgy, provocative yet sophisticated monochromatic design language. 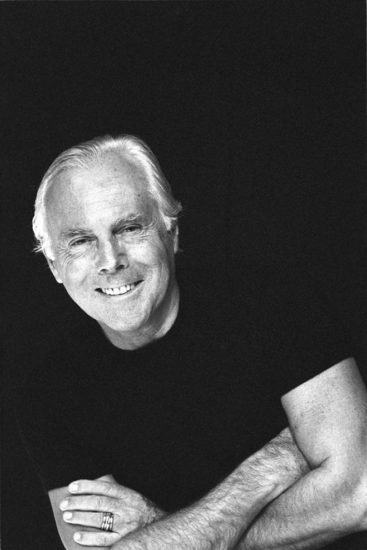 Spotting a neatly parted white tuft hair, the 84 year-old fashion icon, Giorgio Armani, was born in the northern Italian town of Piacenza. After he dropped out of  the University of Milan and conscripted into the army, he worked for the Nino Cerruti company to design menswear while freelancing for other atelier simultaneously. The namesake brand we know today as “Armani” was the fruit of the extensive collaboration between Sergio Galeotti, an architectural draftsman, and the designer himself.

The shrewd entrepreneur-cum-designer had amassed a wealth of $9 billion to date and is best known for his trademark of revamping traditional business suits to create a more masculine look for women (aptly called ‘power suits’) and a unstructured look for men. Known for his characteristic clean cut lines and neutral colours, Armani introduced his haute couture line, Armani Privé, in 2005 and had fastidiously expanded his label to include undergarments, men’s, kid’s and women’s wear, accessories. 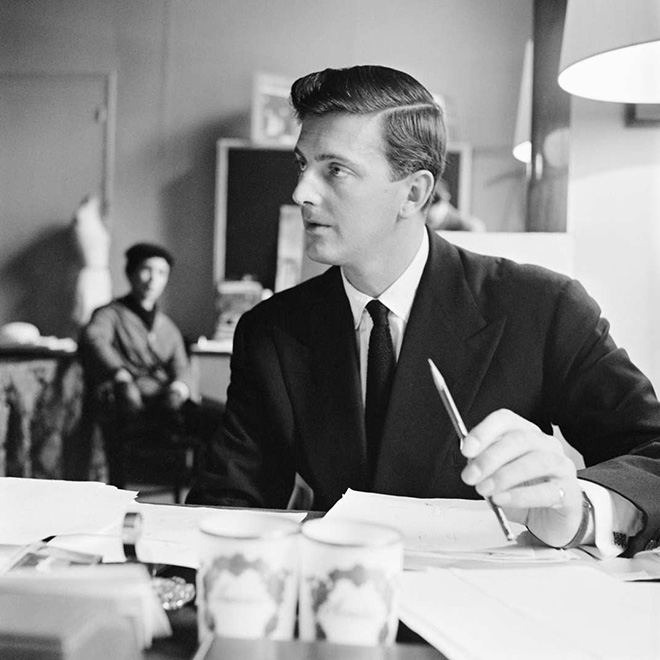 Born to an aristocratic family in Beauvais, in northern France, then 17 year old Givenchy took up an apprenticeship with couturier Jacques Fath while he studied at the esteemed École National Supérieure des Beaux-Arts. His brimming artistic flair led him to work for the prevailing couturiers Robert Piguet, Lucien Lelong, and Elsa Schiaparelli before founding his namesake Maison on Rue Alfred de Vigny in the 8th arrondissement of Paris. 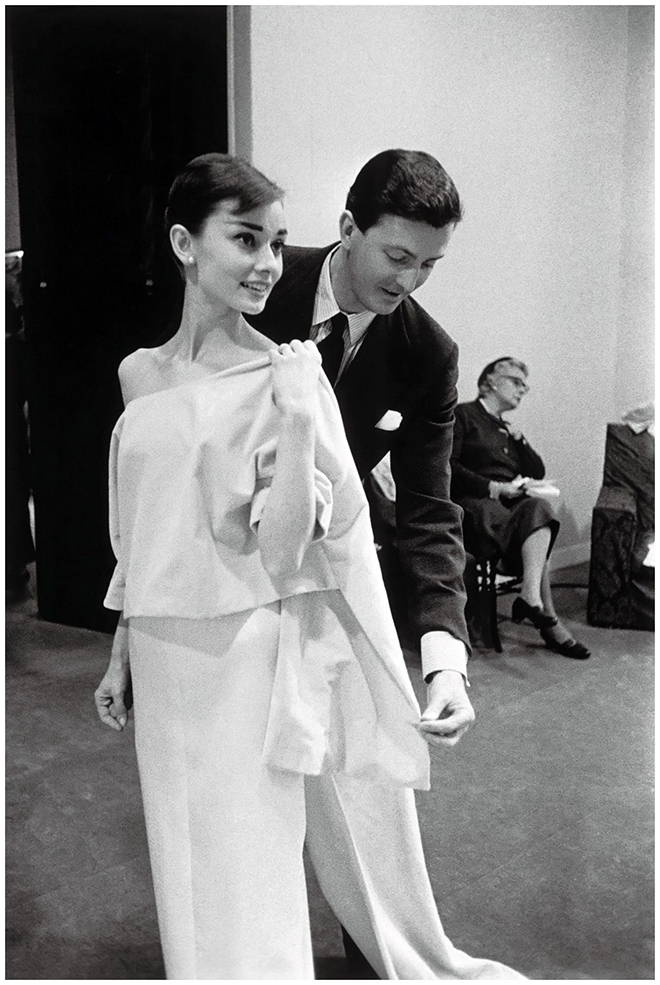 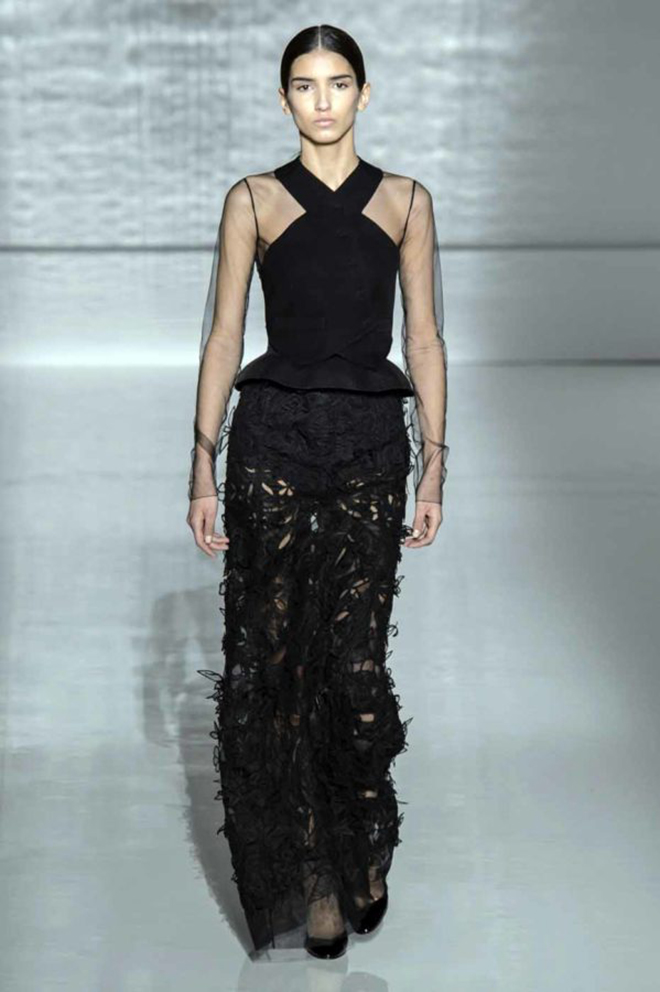 Adored for his elegant evening gowns, feminine hats and tailored suits, Givenchy also possessed a trending setting prescience. To embrace youth culture, he favoured shorter hemlines and straighter contours in his sketches. The revered designer was also known for his strong affiliations with the British movie icon, Audrey Hepburn, whose countless engagements he took on as his personal devotion.

Fashion is a metamorphosing social construct that is intertwined with contemporary matters of the day. The articles that we choose show our standings, beliefs, values, aspirations and, perhaps, idiosyncrasies as well. Every creation is inherently risky; it mandates the designers’ careful, visceral calibration and prescience of cultural trends to intersect with our fashion appetite. Too flamboyant and it becomes absurd; too mundane and it becomes lacklustre. These luminaries, along with other designers—male or female, celebrated or otherwise—, not only bestowed us the capacity to express ourselves, but more vitally, the audacity to dream bigger and, in their footsteps, take the road less traveled.