When it comes to sports, 2020 hasn’t quite shaped up to be the year we were expecting. A packed calendar of events ranging from the hotly anticipated Olympic Games in Tokyo to the Euro 2020 tournament have all been canned thanks to the ongoing Covid-19 pandemic, and although some smaller events and tournaments are expected to recommence later in the year, many fans have been left disappointed.

Huge, worldwide events like the Olympics have had a long build-up, with many booking themselves VIP boxes and five-star hotels well in advance to ensure they got a slice of the action. If you were one of them, then you may be wondering what to do next – but the good news is that many of the sporting highlights cancelled this year have now been rescheduled for 2021.

It’s not just sports that have been removed from our lives this year, as travel plans have also been widely put on hold due to the current situation – leaving many chomping at the bit to jump on a plane and head to sunnier climes or a new cultural city to satisfy their craving for exploration and adventure.

So, if you’re keen to make up for lost time and take in double the sporting action AND do double the travelling you had planned in 2020, then look no further – because the experts at bettingtips.net have handpicked the sporting spectacles not to be missed across the globe in 2021 – giving regular jet-setters something to look forward to each and every month.

Kicking the year off with a little on-court action, the Australian Open is set to take place in Melbourne in January 2021, during the Australian summer. In a month where the UK will more than likely be enduring plunging temperatures, rain and snow, there’s no better time to escape it all for sunnier climes – and with an exciting tournament set to feature the likes of Rajeev Rem and Timea Babos taking on current Singles champions, Novak Djokovic and Sofia Kenin, it’s the perfect way to start 2021 off in style. 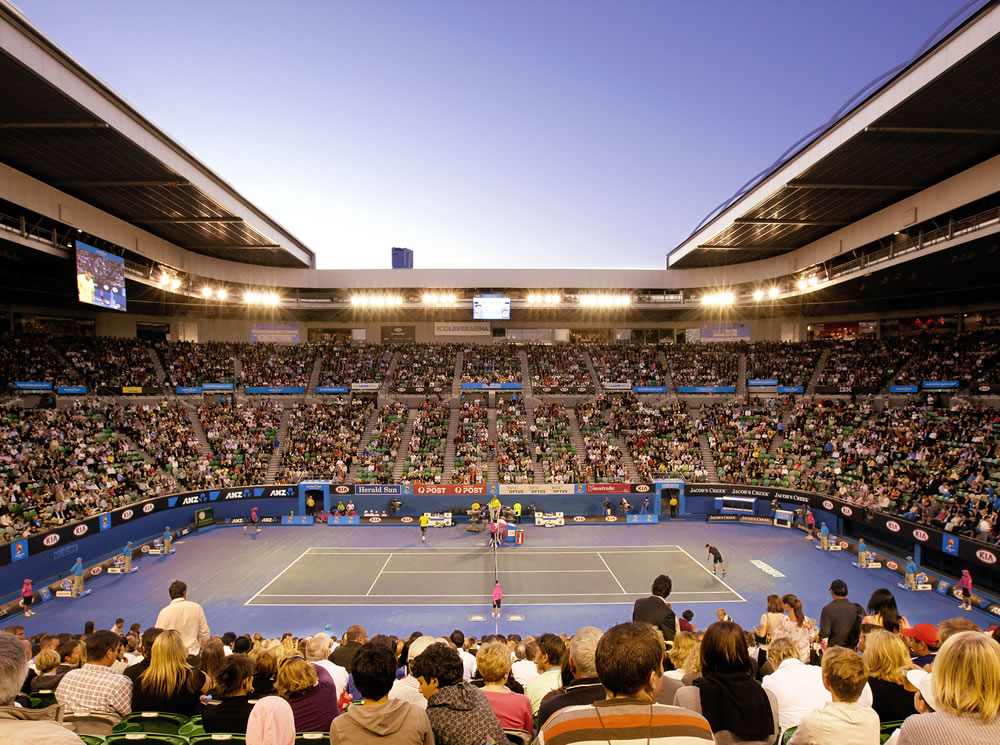 Kicking the year off with a little on-court action, the Australian Open is set to take place in Melbourne in January 2021, during the Australian summer. Image credit: Neale Cousland/Bgstock.com

If you’re keen to continue enjoying a stint of warmer weather, then Tampa, Florida, is the place to be in February. The Super Bowl is set to kick off on the 7th at the famous Raymond James Stadium, with a range of VIP ticket packages available promising champagne and fine dining cuisine while you spectate from a privileged viewing point. One of the biggest events in the US sporting calendar, the atmosphere is certain to be electric – making it an event you’ll definitely want to tick off your bucket list.

Prefer your sports a little more theatrical? Wrestlemania 37 is set to kick off in Inglewood, California in March 2021 – and promises to be an unmissable spectacle for fans of the sport. The WWE’s flagship event includes matches based around scripted storylines, with wrestlers portraying heroes, villains and other characters. Results may be pre-determined by WWE’s writers, but there’s no denying they always put on a great show.

Golf lovers can get their on-course fix in Augusta, Georgia in April 2021 as the Golf Master’s tournament commences. This pretty city, located close to the South Carolina border, is a cultural hub, with a range of museums and exhibits to visit after play has closed for the day. The James Brown exhibit at the Augusta Museum of History is particularly worth taking the time out to see. 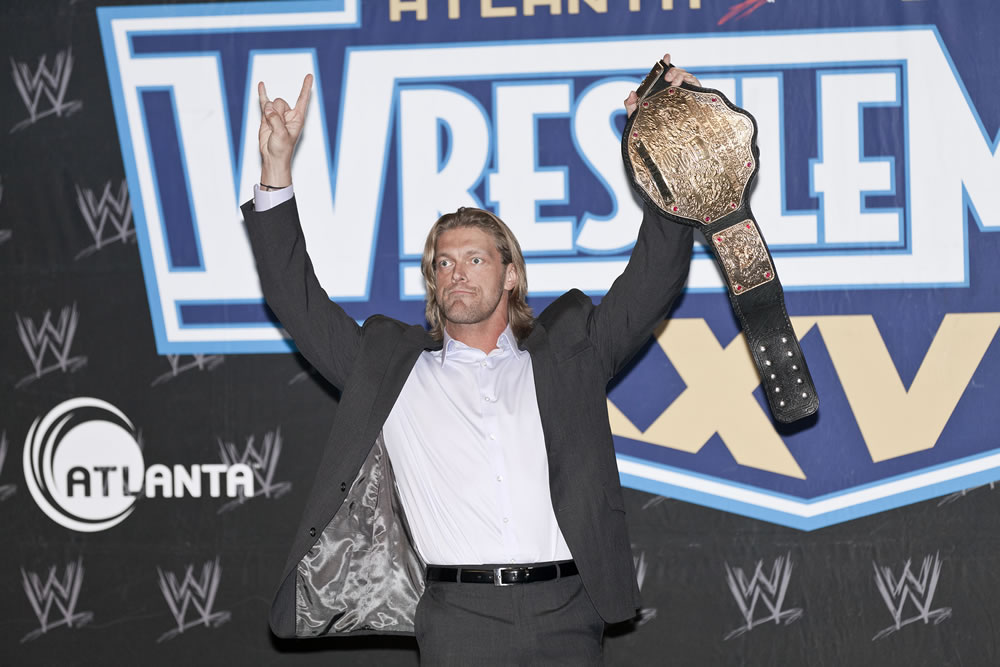 Prefer your sports a little more theatrical? Wrestlemania 37 is set to kick off in Inglewood, California in March 2021 – and promises to be an unmissable spectacle for fans of the sport. Image credit: vonora/Bigstock.com

Injecting a little glamour back into the year, the French Open is due to begin in Paris in May at the famous Stade Roland-Garros. The two-week tournament will feature current Singles champion Rafael Nadal, alongside 2019 doubles winners Kevin Krawietz and Andreas Mies, making for two weeks of thrilling on-court action. And, with some of the most opulent five-star hotels in Europe and numerous designer boutiques lining its streets, Paris will have no problems delivering the luxury element of your stay.

Ancient history lovers and football fans alike will head to Rome in June for the kick off of the long-awaited Euro 2020 tournament – which retains its original name despite having been postponed a year. Seeing Turkey take on the home team, things are bound to get a little rowdy in the streets before and after the game – so be sure to book your VIP hospitality box if you’re keen to sip your champagne in peace.

It’s time to head a little further afield in June for a chance to finally witness some of Tokyo 2020’s most thrilling sporting spectacles. Don’t miss the opening ceremony, which is always a highlight, combining the formal ceremonial opening and parade of athletes with a show-stopping artistic spectacle.

There’s plenty to see in Tokyo, too – and with numerous Michelin-starred eateries to enjoy, such as the three-star Ginza Shinohara, it’s a foodie’s dream, too. 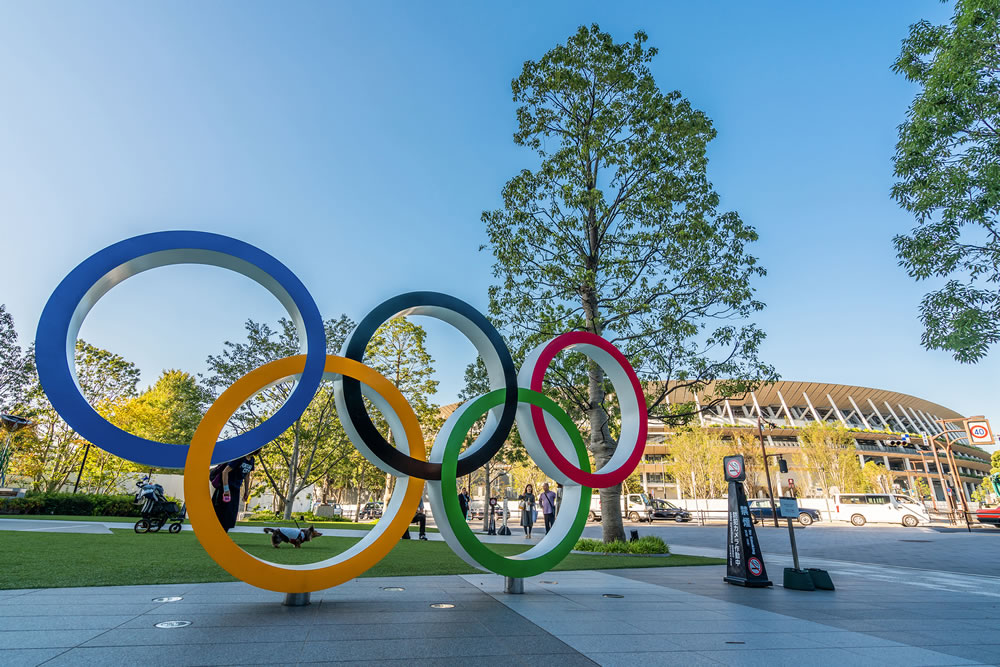 Tokyo in Japan will host the Olympic Games in 2021. Image credit: Chaay_Tee/Bigstock.com

In August, you’ll be spoilt for choice when it comes to sporting events. Stay in Tokyo to spectate at the Paralympics, or jet over to the US for the US Open. Of course, if all of this jet-setting is tiring you out, then there’s plenty to see on home soil, too – as this is also the month the English Premier League Season starts.

There doesn’t appear to be an awful lot to be going on in the sporting world in September – making it the perfect month to relax, unwind, and enjoy a little luxury. Wherever you are in the world, why not take time out to soak up some rays, head to the spa – or visit that new restaurant you just haven’t had time for yet? Or, better still, squeeze in a sneaky trip to the Caribbean for five-star luxury and opulence guaranteed. 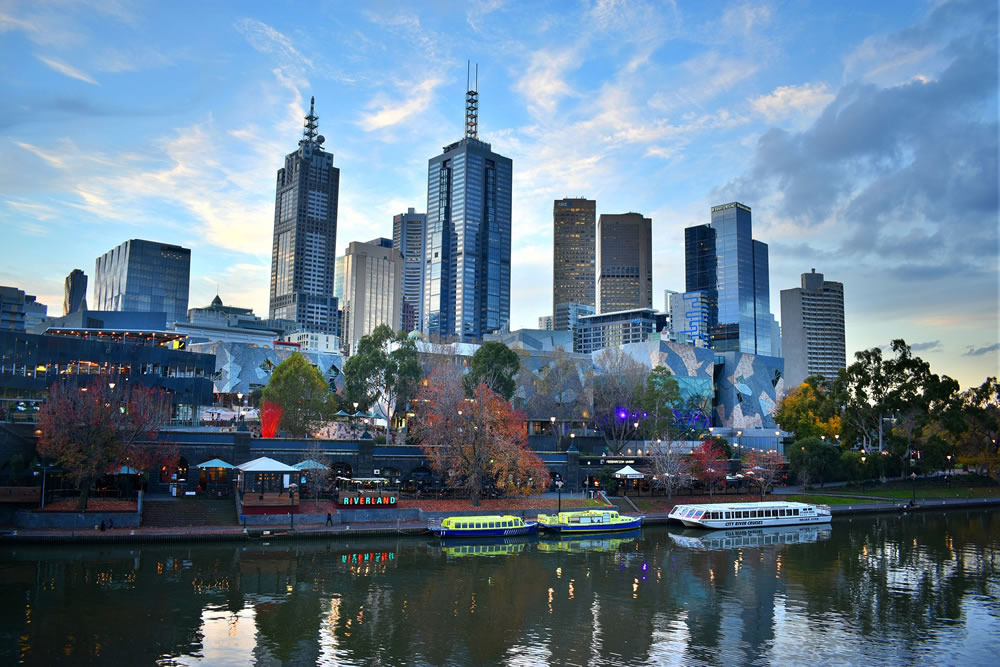 Expected to be postponed from August 2020, the ICC Men’s T20 Cricket World Cup is set to take place in Melbourne, Australia, making for the perfect chance for a last dose of sunshine as the British winter once again descends. The first clash will see Ireland take on Sri Lanka, with Papua New Guinea vs Oman taking place on the same day.

Don’t miss out on a trip to St Kilda Beach, just a 6km drive from the centre of the city, between matches.

With the British winter in full swing, it’s back on home turf and time to head indoors for the World Snooker Championships in November, swiftly followed by the World Darts Championship, in December. With both taking place in London, be sure to book yourself in at your five-star hotel of choice for a lengthy stay.

Image credit at the very top of the article: Anthony Correia/Bigstock.com via luxurylifestylemag