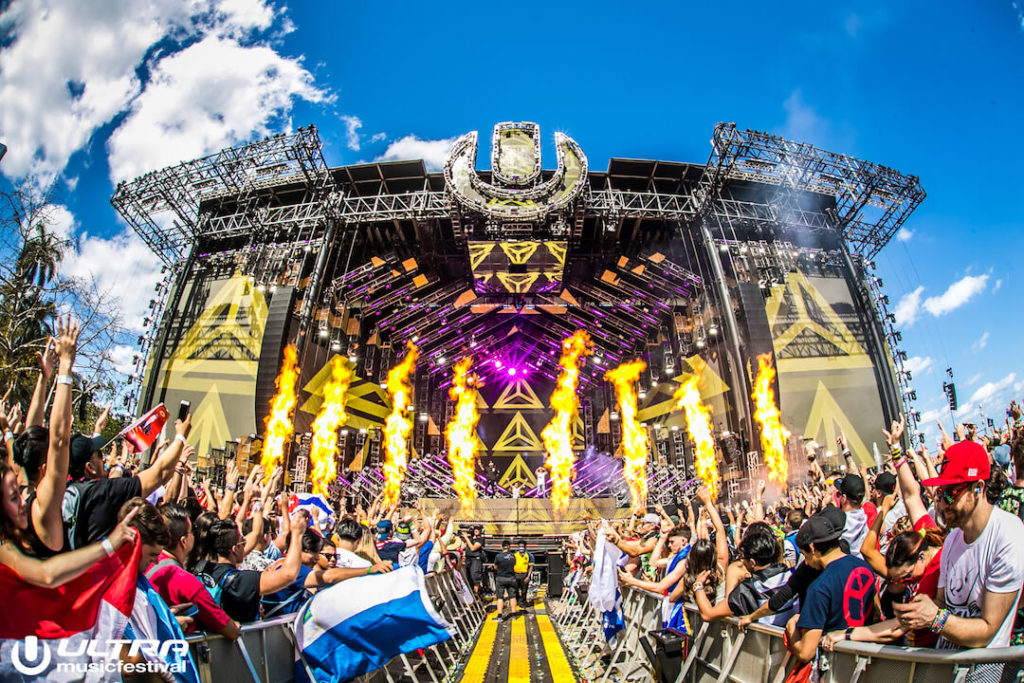 Ultra’s 21st edition of the festival will welcome in its new home as we’ll be treated to an extreme makeover of its festivities. Bringing along some of electronic music’s top DJs, UMF remains one of the most influential spectacles in the industry.

With 8 stages in action, the tedious lineup is not only massive but stacked with talent top to bottom. As the weekend of March 29th-31st approaches, the task of scheduling set times can be difficult. To help carve into the festival, we are here to give you 10 sets you simply can’t miss at Ultra Music Festival 2019.

This is something many have been waiting for. Without the opportunity to prove himself on the festival stage, Martin Garrix has finally been given the privilege of closing out the mainstage for once at Ultra. Aiming to show his worth, the producer will be able to elevate his status further as a true headliner in this current dance music era.

It goes without saying, the return of Dog Blood has left many in awe. The surprise reunion of Skrillex and Boys Noize is something everyone will be keeping their eyes on. Will they have new music for us? Who knows but there’s only one way to find out and that is to be front and center at their set on Day 1 of Ultra.

Unless you’ve been sleeping under a rock, this legendary back to back has been spectated by only a few thousand. Adam Beyer and Cirez D are arguably two of the biggest names in the Technosphere. Colliding once again, the two are bringing their talents to the newly revamped Resistance Island. This set, with major production and speakers? Yeah, it’s a no brainer.

Climbing the ladder year after year, the young Oliver Heldens has poised himself to be quite the leader. Spearheading his own label, Heldeep Records remains one of the more consistent imprints in house music. As if that wasn’t enough, Heldens himself has continuously delivered hit after hit. Finally given a later slot on the mainstage, we’re hoping Oliver gives fans a performance that’ll propel him to the next level of stardom.

This might come as a surprise to some but if you haven’t noticed, TV Noise has been on FIRE. The duo has become a mainstay on Spinnin and Martin Garrix’s STMPD Records and never fail to deliver. Their tough and energetic take on house played a huge part in the genre’s resurgence to the mainstream. Don’t sleep on TV Noise this year!

K?D‘s latest tour really gave us intel into what the future holds for the producer. The artist is fresh off his massive “Find Paradise” EP and already locked and loaded for more. Confirmed to bring attendees a fresh palette of music, this DJ/Producer will be firing on all cylinders come Ultra Music Festival.

G Jones is undeniably one of the most compelling forces in bass music right now. Cosigned by all of his peers, his debut album “The Ineffable Truth” allowed his artistry to be displayed in full. Bringing that same energy to Ultra’s Live Arena will be something worth watching.

SVDDEN DEATH has proven himself to be the new face of dubstep. His intense and hard-hitting collection of DJ Tools will certainly stir the pot over the weekend. We might still be talking about his set after its all said and done.

You will find people storming to festival grounds early to catch Whipped Cream. Her music is something you can’t toy with and given her impressive resume regarding live sets, the energy she’ll attract to the worldwide stage will be contagious.

Charlotte De Witte has left a lasting impression in the hearts of every techno enthusiast. Her robust records never cease to amaze. Bringing her talents to Ultra for the first time, her debut set is sure to leave you with your jaw hanging.